What would possess a man who seemingly has everything to destroy his life and murder his entire family? Hal Holbrook and Louise Fletcher star in 1979’s Natural Enemies, a blistering character drama from writer and director Jeff Kanew. With exceptional performances and a dream-like presentation, the film is a visceral descent into one man’s darkest thoughts. Now on Blu-ray from Fun City Home Entertainment, the film offers up a respectable A/V presentation with some excellent bonus features to dig into. Recommended.

Married, kids, a beautiful house, and a successful magazine publisher in New York, Paul Steward (Hal Holbrook) has everything. So why did he load the gun this morning? A creeping obsession has wormed its way throughout his brain - he’s going to murder his wife Miriam (Louise Fletcher), their kids, and then he’ll kill himself. Determined to have one last day to experience things he'd never get to enjoy, Paul turns to a brothel of prostitutes just to feel something again as he waxes philosophical with friends about the idea of someone doing what he’s planning to do. With every conversation, Paul is either trying to justify what he’s about to do or he is looking for a reason not to pick up that rifle one last time. 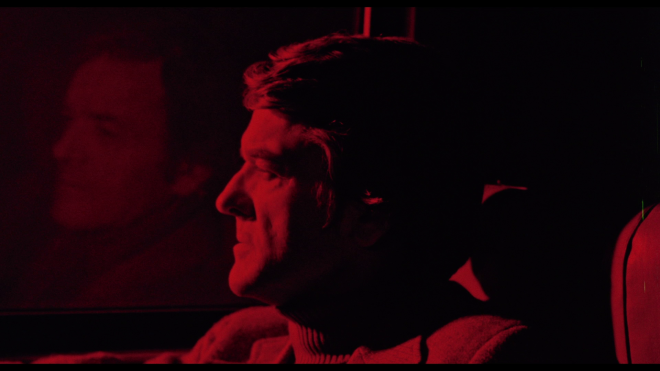 When most film fans see the name Jeff Kanew they’re probably more apt to think about a comedy classic like Revenge of the Nerds or comedy/action films like Tough Guys or Eddie Macon’s Run. A dark and ominous character drama about murder-suicide probably doesn’t leap to mind. In fact when I read his name I actually assumed there were two Jeff Kanew’s out there in the world making movies and wondered if they ever met up for drinks to talk shop. I knew his comedies and movies like V.I. Warshawski, but I didn't know this movie even existed. I wanted to look at it because the cast and concept looked intriguing, and boy howdy is it a hell of a film.

Bleak is pretty much the overarching word that’s going to purvey your experience with this film. As Holbrook narrates his character’s sad and depressing life, it runs counter to the image of peak financial and personal success. Like picking at a scab that’s already healed, Holbrook’s Paul spirals further downward finding flaws in every little aspect of his life. The film lays bare Paul’s intentions early and for the next hour and a half, it leaves you wondering when or if he’ll carry out this terrible act. But as bleak as it all is, there’s a beautiful honesty to seeing his character so low reaching out to anyone willing to listen, and how these people rally around him in their own ways is quite endearing.

Holbrook once again commands the screen. The film could have dropped the narration and Holbrook would have plenty of material to work with. How he carries himself, looks at people, and reacts; there’s always something unnatural under his eyes that makes you wonder if he’s serious about his intentions. Thankfully the narration doesn’t overpower the show or make the proceedings redundant, it’s more akin to one of the conversations he has with friends but with himself and the audience. He's trying to convince us this is the only path left to him as much as he's trying to convince himself. 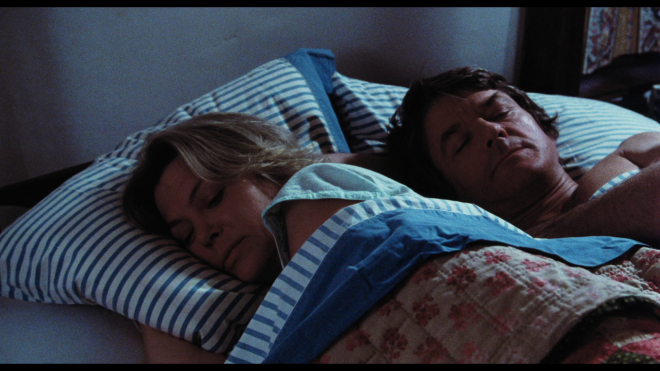 While she may not get much time of her own, one can’t escape Louise Fletcher’s intensity in this film. I basically had this review wrapped up but after the recent news of her passing, I felt compelled to come back in and give her extra notice. So much of the film, she’s viewed through Paul’s eyes and how he sees her failings as a wife and a human. But I’ll tell you, the movie may be largely a showcase for Holbrook but Fletcher owns the last act in a beautifully humane performance that’s the complete opposite of her Oscar-winning Nurse Ratched character she’s so famous for. While this film probably won’t make any remembrance reels, it’s not one to be forgotten.

I guess if I had to peg down Natural Enemies, it’s a film you should check out - but maybe double-check your mood before sitting down. If you’re sour, this isn’t going to help matters much. “Happiness” and “joy” aren’t terms I’d apply to describe this film’s 100-minute run. However, it’s a hell of a picture with great performances from its leads as well as brief appearances from Jose Ferrer, Viveca Lindfors, and Elizabeth Berridge.

Vital Disc Stats: The Blu-ray
Natural Enemies comes home to Blu-ray in a single-disc set from Fun City Home Entertainment with Vinegar Syndrome. Pressed on a Region Free BD-50 disc, the disc is housed in a clear case with reversible artwork. If you order from Vinegar Syndrome you pick up a nice slipcover. The disc loads to an animated main menu with standard navigation options along the right side of the screen. Also included is a 10-page booklet featuring an essay by Jason Bailey. 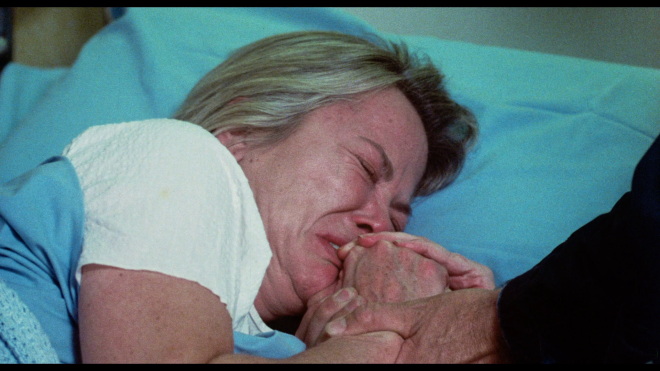 Apparently sourced from a 2K restoration of a 35mm deposit print from the Library of Congress, Natural Enemies may not be in the greatest shape, but this 1080p 1.85:1 transfer is pretty good. For the most part, details are strong throughout allowing full appreciation of facial features, clothing textures, and that late 70s aesthetic. Colors are fairly strong, there are a couple of places where they can look a tad washed out, but for much of the run, primaries hold tight with healthy skin tones. There’s a fair bit of speckling and small nicks here and there, and there are a couple of missing frames, but thankfully nothing too severe or overly distracting. Black levels can fluctuate a bit, some sequences are pretty thick and image depth can shift a little, but again nothing too serious. Since this movie has hardly been seen in forty years and this 35mm print is the last known surviving source, this looks pretty damn good! 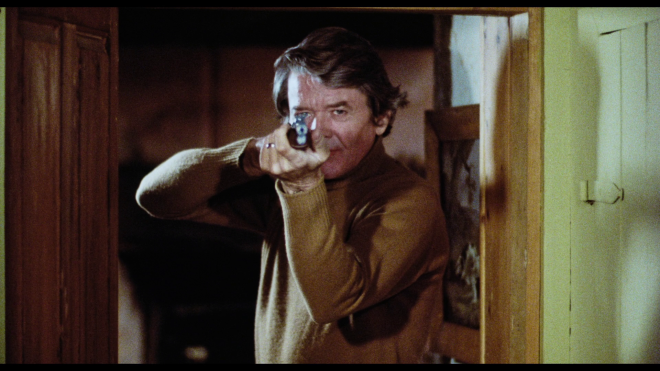 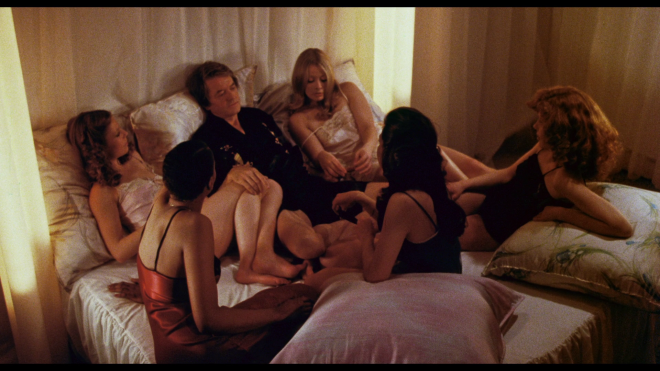 This presentation also comes with a DTS-HD MA 2.0 track that is pretty good, all things considered. Like the video transfer, there are highs and lows - when it sounds great, it’s terrific. There are a couple of skips and some scenes sound a little softer than others but thankfully not so severe that you can’t hear dialog. Busy scenes in New York City streets or at various restaurants sound active and engaging. 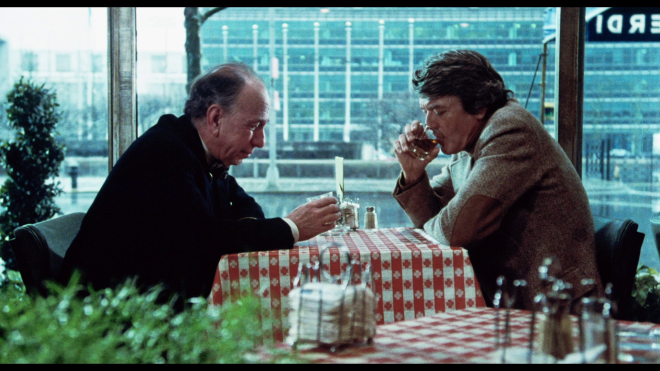 A welcome set of bonus features accents this interesting film. Jeff Kanew delivers a new introduction explaining the film’s origin and what drove him to tell the story. Supporting Characters Podcast host Bill Ackerman offers up a nice audio commentary but the real meat of this selection is a pair of interviews with Jeff Kanew as he charts his early career and then ultimately the making of the film and working with various personalities on the film - some of which were more difficult and less than accommodating. 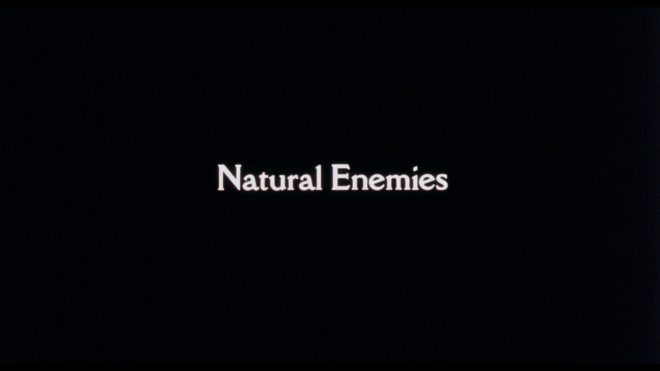 Natural Enemies isn’t an easy film to digest or experience. It lays bare its intentions pretty early and you as an audience member are left to watch everything play out. Thanks to some magnetic performances from Hal Holbrook and Louise Fletcher the film comes alive with a visceral and emotional intensity. It’s a shame it’s been largely lost for the last 40 years, it deserves to be seen!

Fun City Editions with Vinegar Syndrome bring Natural Enemies to Blu-ray. Sourced from the only known surviving elements, the A/V presentation may have a couple of bumps and bruises but is largely excellent coupled with some terrific bonus features well worth digging into. For the performances alone this film is worth checking out but Jeff Kanew manages to pull together a thoughtful suspense-filled character drama featuring two fantastic actors at the top of their game. Recommended.