When beautiful Jade (Wilde) meets charismatic David (Pettyfer), her sheltered world of privilege is turned upside down as the pair's instant desire sparks a reckless summer love affair. While Jade leaves behind her inhibitions and innocence as she falls for David, he works to prove himself worthy of her love. But when David's mysterious past and Jade's overprotective father threaten to tear them apart, their romance will be put to the ultimate test.

A remake of an adaptation, the 2014 version of 'Endless Love' has the advantage of working from material that is largely independent of setting; that is, this particular story of teenaged love isn't necessarily dependent on the when or where, just the love. In a sense, that's freeing to co-writer-director Shana Feste, as her version of the film isn't necessarily going to upend the source material by bringing it into a present day setting. On the other hand, the film is easily updated, featuring most of the elements from the Scott Spencer novel, while also mixing around a few pieces of the 1981 Franco Zeffirelli film starring Brooke Shields. That asks the question: With material this easy to adapt, and then re-adapt (look for the remake of the remake of the adaptation in 2047, if not sooner), what is this iteration of the film attempting to say that hasn't been said already?

Generally speaking, that should at least be one of the first questions any filmmaker embarking on the remake of a movie (any movie) should ask (the first being: "I'm getting paid how much to do this?"). After viewing this tepid teenaged romance starring Alex Pettyfer and Gabriella Wilde as the star-crossed lovers David and Jade, respectively, it seems clear that question likely never even came up, or, if it did, it was largely met with shrugs and indifference. And that's about as much love as this glossy, nice-looking, but ultimately shallow and far too syrupy romance is likely to get in return.

Honestly, there's not a whole lot to the film that hasn't been seen in hundreds of other romances, let alone one that has already been made. The story begins at the high school graduation of Jade and David, with David speaking in an unnecessary voiceover, explaining how he feels about this sheltered, privileged young woman who he's apparently loved from afar, but decided to keep his feelings to himself all through high school. After the set-up David's narration is suddenly gone, shifting the point of view of the story from his mind to something with far more distance – validating the claim that the narration is in effect completely superfluous. What could have been conveyed in a much more elegant manner – with David staring longingly at an admittedly attractive classmate – was essentially glossed over in an early bit of exposition. The rest of the film, then, follows suit. 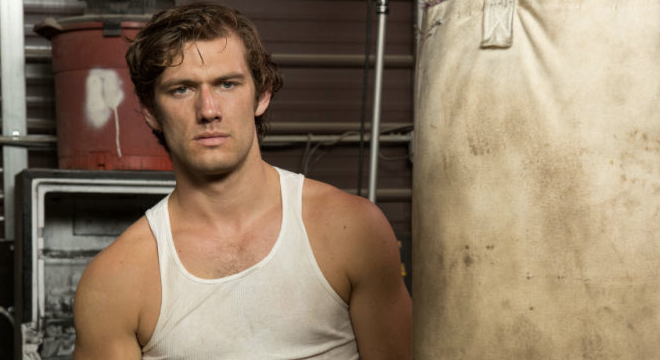 Working as valets at the posh country club their lower middle-class upbringings will never allow them to be a part of, David and his friend Mace (Dayo Okeniyi) take your average rich jerk's Maserati for a joyride, inviting Jade along. But once the sheltered young woman experiences the freedom of grand theft auto for the first time, her life is ostensibly changed, and David finally finds his in with the girl who held everyone at arm's length all throughout high school.

Sparks fly quickly between the two, and soon turn into a blazing passion that threatens to upend the plans Jade's overly protective father Hugh (Bruce Greenwood) has set out for her, as she prepares to enter college and eventually medical school. For most love stories, the idea of the overbearing father not wanting his daughter with the boy from across the tracks would be enough, but 'Endless Love' also tries to work in a family tragedy to explain Hugh's controlling ways. Then, as an added bonus, it turns out David is hiding a violent past from Jade and her family, which, if exposed would apparently be worse for him than his already poor socioeconomic standing.

To its credit, 'Endless Love' tries to make its protagonists and their effort to stay together something compelling by filling the narrative with as many examples of relationships struggling to escape the shadow of Hugh's domineering ways and inability to cope with a tragic loss. The problem is: For all the characters it throws at the story, none of them are engaging enough for the audience to latch on to. Moreover, despite the fact that this version makes the characters a little older, the cast is all in their mid-twenties (some of whom look considerably older), which generates a powerful disconnect between the idea of them being swept up in young love, while still being beholden to one's parents. Pettyfer is about as convincing an 18-year-old as Wilford Brimley is an Olympic athlete, but even he has nothing on Emma Rigby's Jenny, who looks as though she must have skipped adolescence entirely. The problem is exacerbated everyone in the cast is a near-perfect, model-like specimen, making the already bland attractiveness of the film even more so.

Beyond that, none of the characters outside of David's father, Harry (Robert Patrick) offers much to be interested in, and even then, it's just the appeal of his down-to-earth, blue-collar goodness. Greenwood is ostensibly wasted as the one-note father whose compulsion to control all aspects of his daughter's life comes off far creepier than anyone had likely intended. Meanwhile, Joely Richardson tries to liven things up as Jade's upbeat mother Anne, but she just becomes another stock, put-upon wife trying to manage a family on the brink of collapse.

In the end, 'Endless Love' doesn't add anything compelling to an already familiar tale, nor does it challenge any preconceived notions of what it's like to fall head over heels for someone at such a young age. The film looks upon and treats its characters as adults (incredibly privileged adults at that), ostensibly removing any sense of conflict or concern that such seemingly passionate love would bring to individuals of that age. Furthermore, the affluent lifestyles and impossibly sculpted bodies make the presentation look nice, but ultimately those elements, along with the characters' shallow concerns, distance the film from its intended audience. Even people looking for gooey romance will struggle to find a connection with this glossy, superficial, and needless remake. 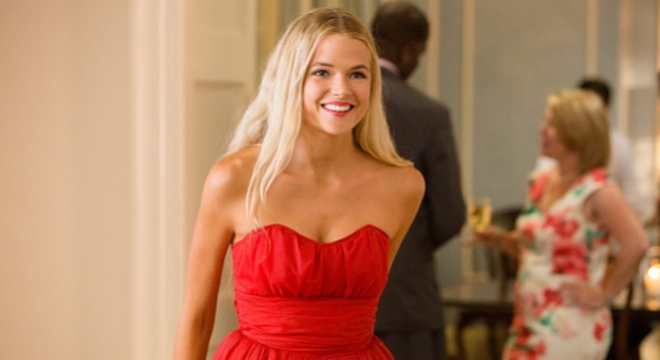 'Endless Love' comes from Universal as a 50GB Blu-ray + DVD + Digital Download in the standard two-disc keepcase. The film will auto play several selected previews before heading to the top menu. There you can select the film, set up, or special features, which includes an extended ending and deleted scenes that are exclusive to the Blu-ray.

The 1080p AVC/MPEG-4 encoded transfer offers a fantastic image that is as glossy and nearly free from imperfection as the film's cast. The picture here is bright and luminous, filled with plenty of fine detail in everything from facial features to clothing textures and background elements. There is hardly a scene that doesn't fulfill all (or nearly all) of the visual requirements of a high definition image. In addition to detail, edges are very sharp, even when the image lends itself to a smokier, dreamlike look. Colors, meanwhile, are quite strong throughout, playing up the lush greenery of summertime in the South. Contrast is also very high, resulting in robust black levels that are free from crush or banding, while maintaining the film's impressive resolution even in very low light scenes. Whites are also balanced nicely, keeping the daytime scenes looking bright and heated, without looking overblown or washed out.

There's practically nothing to complain about with this image. It looks to be as strong and impressive as it can possibly be. Too bad the film itself couldn't have followed suit.

The DTS-HD Master Audio 5.1 mix is also quite impressive, but has less to do than the image. Here, the sound is divided primarily between delivering the actor's dialogue in clear and distinct manner and making sure the lively soundtrack is represented in the best way possible. Both actually come out sounding very good, but there are times when the balance sounds just slightly off, and the music overwhelms everything. Now, this could be deliberate – as a way to play up the importance of the soundtrack – or it could simply be a case of the balance favoring the wrong element from time to time. That's not to say the sound is bad, because it's not. In fact, the balance issue is the only thing keeping the sound from getting five stars.

The mix does a great job of handling the atmosphere of many different occasions, but it nearly outdoes itself with the party scene early on. Here the rear channels practically come alive with the ambient noise of a group of kids partying like no teenager has ever partied on in the history of humankind. The level of immersion seen here is carried on throughout the film, adding a dynamic layer of sound to what is essentially a dialogue-driven film. The attention to detail helps make the setting feel more a part of the story, and it also gives many of the scenes an added depth and sense of place they actually benefit from.

Making of (HD, 18 min.) – This is your standard making of featurette that balances behind-the-scenes footage with some interviews with the cast and the filmmakers.

'Endless Love' is a soupy romance that doesn't seem quite sure who its characters are or who its target audience really is. That indistinct line between adult and teenager grows even blurrier as the film progresses, which keeps the tepid romance from finding an emotional anchor point on which something more substantial could be delivered. To the film's credit, however, this is the first time Pettyfer doesn't seem completely out of his element, so perhaps that is a good thing. Otherwise, this disc will make a decent rental for those looking to escape with something incredibly light and easily digestible. The title may suggest the everlasting, but you'll forget about this on five minutes after it's done. With great picture and sound, this one is a rental at best.

Sale Price 6.22
List Price 14.84
Buy Now
3rd Party 31.36
In Stock.
See what people are saying about this story or others
See Comments in Forum
Previous Next
Pre-Orders
Tomorrow's latest releases