In the future of 2022, prisons are industrialized and Ray Liotta will break out of the worst pit of hell in No Escape. Unearthed Films resurrects this 90s high-concept action sci-fi classic that’s equal parts Mad Max meets Escape From New York. This incredibly entertaining flick finally gets a US Blu-ray release with a solid A/V presentation and some worthwhile bonus features. Recommended

No Escape may not be the best of this branch of high-concept moviemaking, but it's still a hell of a lot of fun. The concept is uncomplicated and to the point populated by simple and easy-to-understand stock characters. While Ray Liotta’s Robbins is given some measure of depth as a soldier who killed his C.O. after being ordered to fire on innocent civilians, the rest of the cast is given little to do beyond fully embodying the archetypes they’re assigned. Stuart Wilson’s Marek is delightfully unhinged while Lance Henrikson gets to play the sage leader. Few of these characters are given anything of a backstory but that’s okay because this film isn’t trying to be profound. The characters we like we’re given reasons to like. The characters we hate, we’re given ample reason to hate (even if they’re incredibly entertaining). No need to muddy the waters with a backstory for this lean and to-the-point action adventure sci-fi spectacle. 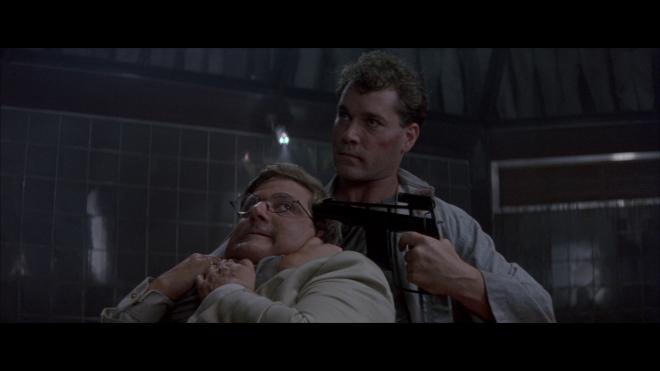 I only have this film on Laserdisc so it’s rare for me to throw it on these days, so revisiting No Escape was a lot of fun. It made me long for the era when Hollywood would happily throw gobs of money at any high-concept script no matter how odd or ridiculous because there was a chance for some backend earnings with action figures, comic books, and the numerous multi-system video game tie-ins. No Escape scored a pretty great three-issue Marvel comic book that took pieces from the original Richard Herley novel (Which is great if you haven't read it) and the screenplay. It also picked up a pair of fun-but-terrible video games for Super Nintendo and Genesis that were a bastard to play through and hardly resembled the film, but still kept you occupied for a couple of hours.

And I guess that’s the best way to describe No Escape, it keeps you entertained for a couple of hours. The late great Ray Liotta got to play a convincing action hero instead of a gangster or psychopath or unhinged cop. Lance Henrickson got to use his soothing gravely voice to shed some wise words. Earnie Hudson got to be a badass (again) in his first role after The Crow. And Stuart Wilson got to deliver one of his best (of many) scene-stealing villains. Martin Campbell may be better known for his later efforts reinventing the Bond franchise twice and The Mask of Zorro, but his keen eye for exciting stunt-driven action sequences is on full display here. Sure, it’s not the greatest flick ever made, but it’s a classic piece of 90s-era high-concept movie making where if you didn’t watch it in theaters, you almost certainly rented it on tape or watched it late at night on cable. 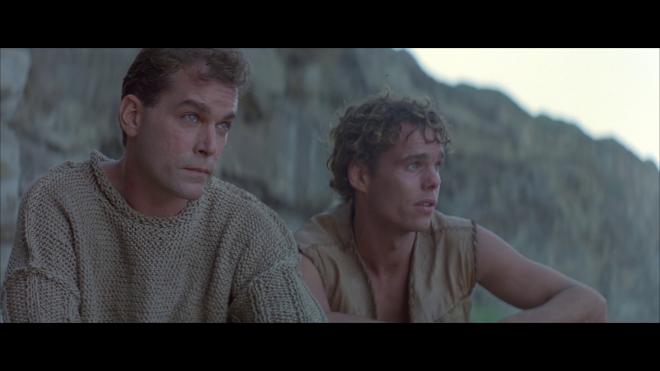 Vital Disc Stats: The Blu-ray
After a long wait to get a proper release in the U.S. No Escape breaks out onto Blu-ray thanks to Unearthed Classics. This single-disc release is pressed on a Region A BD-50 disc and housed in a standard case with slipcover. The disc loads to an animated main menu with standard navigation options. 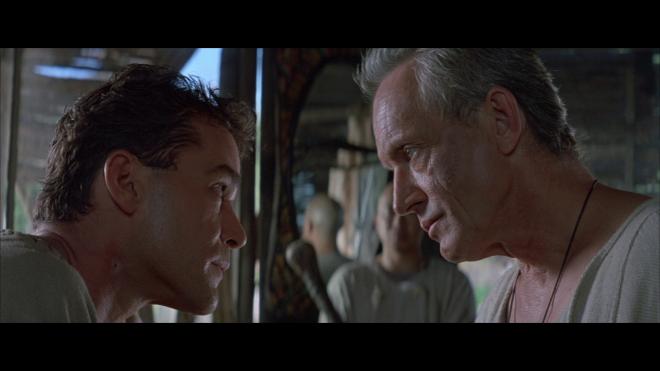 Now I’m not sure of the vintage of the source for this transfer, I must say that even in the condition it's in, it’s impressive for a film most folks barely remember or have discounted over the last thirty years. I don’t have the Umbrella disc released in Australia a few years back but my understanding is this is the same transfer - if anyone has more information there that’d be appreciated. It’s not in pristine shape, there is some speckling throughout, but it looks quite good. Fine details pick up a lot of attention in middle and close-up shots. Wide shots can be a bit iffy at times with fine lines not quite registering as cleanly. There are a few soft spots here and there as well. Film grain maintains a nice healthy presence throughout though a couple of sequences with a lot of optical effects like the credits or big sci-fi exteriors, the grain can look like it’s “pulsing” a little but thankfully nothing distracting. 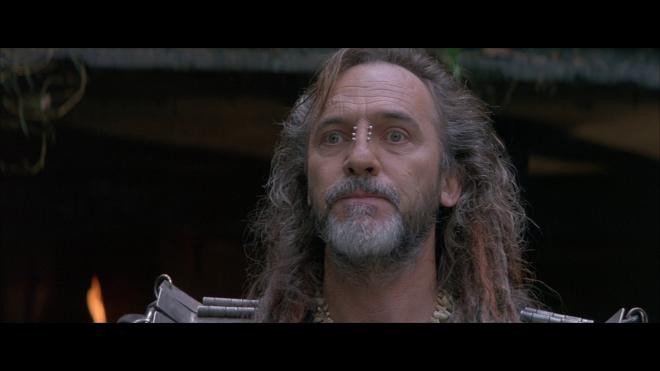 Colors are healthy with lovely primaries, reds and blues getting a lot of play given the beautiful locations and all of the bloody bits. Night scenes can be a bit hit or miss, blacks can be nice and inky or a shade close to it but the grain can be much more notable for those sequences. I did notice some slight banding on some of the Outsiders’ costumes and it does look like some edge enhancement has been employed as for a few sequences the fine lines look just a little too crispy. But again, nothing terrible. Without a full and expensive restoration effort, this is much better than I’d hoped for - certainly better than my Laserdisc and the old DVDs that have been collecting dust over the years. 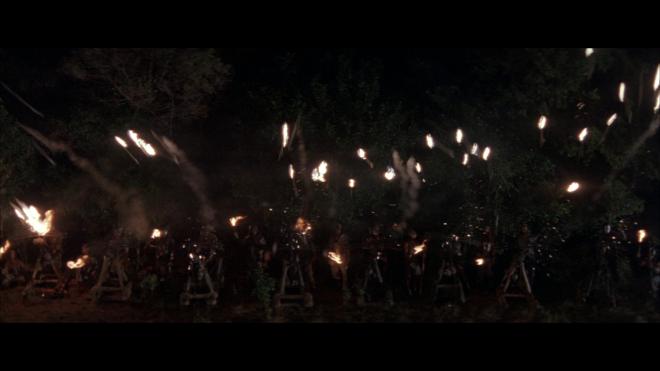 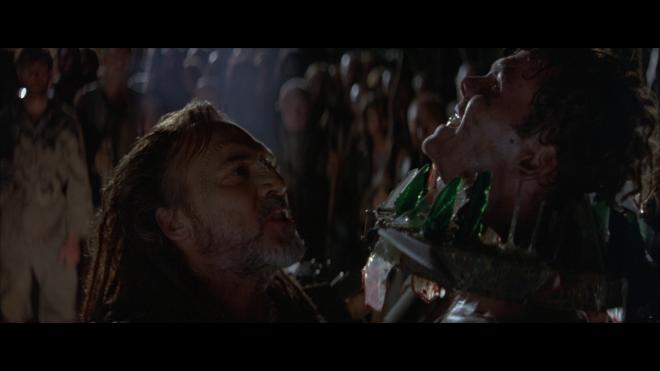 For this Blu-ray release of No Escape, Unearthed Films delivers a solid pair of options - a DTS-HD MA 5.1 and an English LPCM 2.0 track. Both are great with strong clean clear dialog and an active engaging soundscape to work with. But depending on how you’re set up, the 5.1 track is preferred. There’s more space for some of the key action sequences like when Robbins is chased by the Outsiders or the big attack scenes in the middle and climax of the film. In even quieter scenes like when Robbins is hobbling around the Insiders' camp, there’s a lot of activity moving around the channels for some lovely imaging and atmosphere. The score by Graeme Revell fills the space nicely without sounding overworked or intrusive. 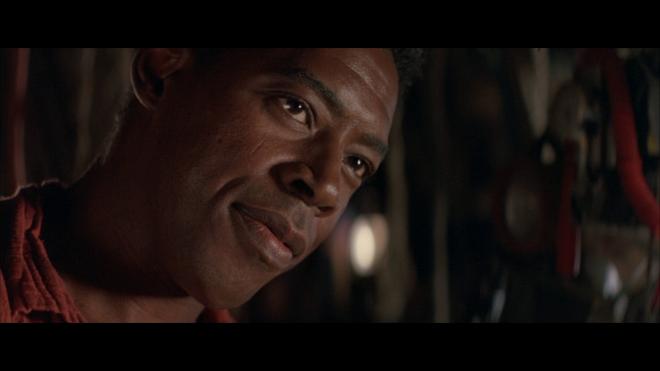 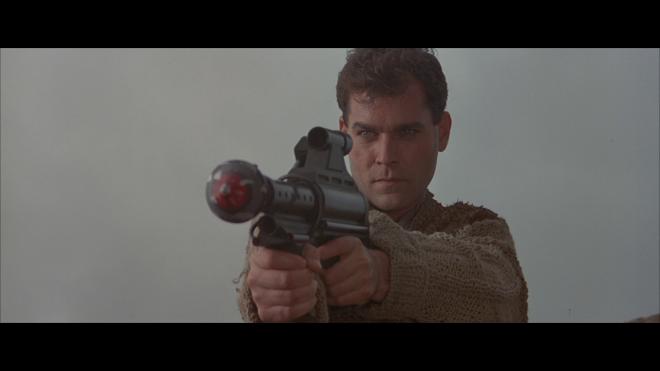 For this release of No Escape Unearthed Films pulls together a solid assortment of bonus features giving fans some interesting interviews with various players in the making of the film as well as some vintage making-of materials. 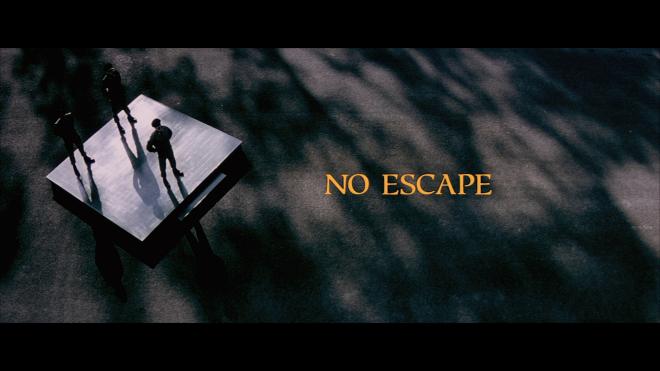 No Escape may not be a full-on classic in the strictest of terms, but damn is a fun time at the movies. From the plot setup to the scale of the production to the great performances from the cast to Martin Campbell’s slick eye for action, it’s just a damn fun film. Years after my first viewing and numerous playthroughs of the awful video game, the movie still holds up. Now Unearthed Films brings fans their tenth release in their growing Unearthed Classics line of forgotten gems. Scoring a solid A/V presentation and a nice assortment of bonus features, this is a pretty great release to pick up. Recommended.