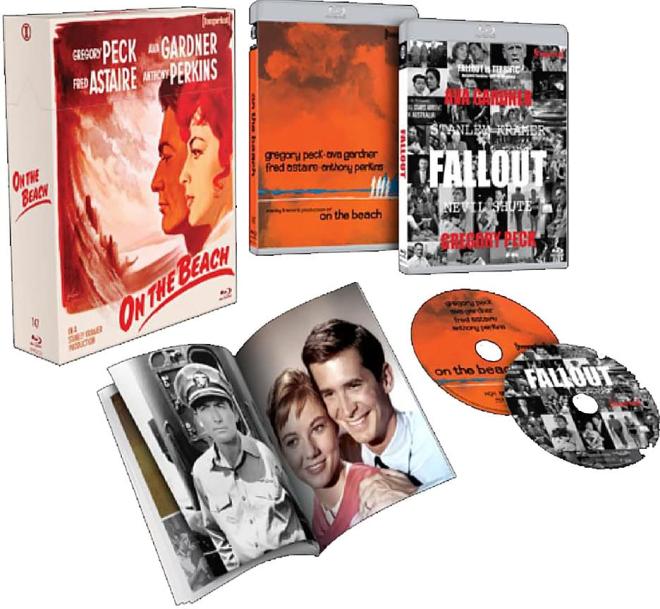 If you never see another motion picture in your life, you must see ON THE BEACH!

The war is over. Nobody won. Only the inhabitants of Australia and the men of the US submarine Sawfish have escaped the nuclear destruction and radiation. Captain Dwight Towers (Gregory Peck) takes the Sawfish on a mission to see if an approaching radiation cloud has weakened, but returns with grim news: the cloud is lethal. With the days and hours dwindling, each person confronts the grim situation in his or her own way.

The final chapter of human history is coming to a close…

From acclaimed director Stanley Kramer (The Defiant Ones, Inherit the Wind) and screenwriter John Paxton comes this spectacular movie landmark film masterpiece with a message that will resonate as long as the world has the power to self-destruct at its own fingertips.

Disc One: On the Beach