In the catalog of 90s flicks, there’s probably no cooler title than Things To Do In Denver When You’re Dead. Directed by Gary Fleder and starring Andy Garcia with Christopher Walken, the film starts out as a slick gangster flick about a job gone wrong, but soon the film loses focus and works too hard to be “cool.” Australian label Imprint Films brings Things To Do In Denver When You’re Dead to Blu-ray with a solid single-disc release offering up a fine A/V presentation and a nice assortment of bonus features. Recommended

In the criminal underworld, there was no nicer guy than Jimmy “The Saint” (Andy Garcia). That’s why he got out. Now working with a company that’ll record your wise sage words for your family’s future generations, Jimmy is living the clean life. He may even have a new love interest with the beautiful and mysterious Dagney (Gabrielle Anwar). But when his old boss (Christopher Walken) calls in his last favor, Jimmy has no choice but to assemble a crack crew for one last job. With his team in place (Christopher Lloyd, William Forsythe, Bill Nunn, and Treat Williams), everything should go to plan. But then everything goes sideways leaving Jimmy and his team marked for death. With only 48 hours, Jimmy will prove he truly is “The Saint” by working overtime to make everything right or die trying. 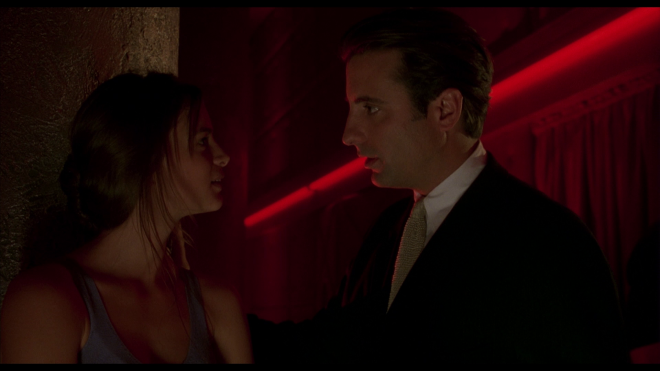 With the triple threat of True Romance, Reservoir Dogs, and Pulp Fiction, Quentin Tarantino inadvertently redefined the word “cool” for the movie industry. Slick dialog, colorful larger-than-life characters, a genuine threat of bodily harm, shocking violence - these were all essential elements if you wanted your next crime thriller to take off at the box office. For better or worse, Things To Do In Denver When You’re Dead found itself caught in the wake of “cool” movies trying to ape the Tarantino playbook.

The film starts out great. You have the makings for a darkly hilarious crime thriller with a host of great colorful characters. You want to root for the bad guys even when things go very wrong. The film spends a lot of time building up Christopher Lloyd's leperous Pieces, William Forsythe’s badass-gone-good with a family Franchise, Bill Nunn’s reliable Easy Wind, and Treat Williams' hilarious wildcard Critical Bill. Thanks to Jack Warden’s Joe Heff we have an interesting narrator to detail the workings of this little criminal underworld. When Christopher Walken’s “Man With The Plan” comes calling, you know he’s a threat so when the plan goes bad, you feel that danger. The first half of the film is pitch-perfect and highly entertaining. 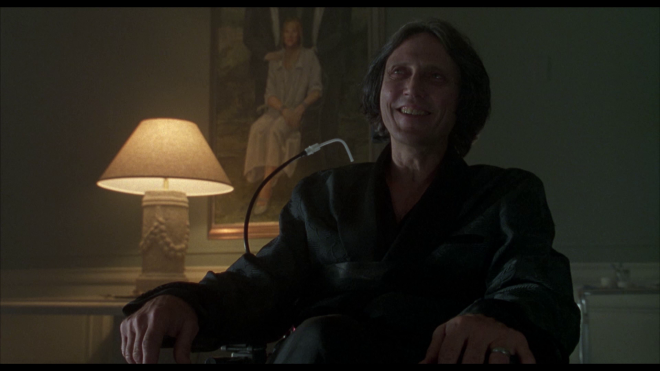 As for the second half, that’s a slightly different story. When the job goes bad and Jimmy and his team are left scrambling, it’s like a switch got flipped mid-production and the film becomes something else. It’s still trying to be a fun colorful crime thriller but then it gets extra flashy. By the time Steve Buscemi’s Mr. Shhh shows up the film is shot with quick-cutting dutch angles, slow-mo, WOOSHY dramatic sound effects, and guys who all of a sudden hold their guns sideways to look like the typical 90s badass. Things To Do In Denver When You’re Dead was already a damn cool movie for the first half because it was effortless. The second half it feels like it doesn’t know where to go with its characters so it tries incredibly hard to be cool.

This isn’t to say the film is unsalvageable or bad, I feel it’s just not as good as it could have been. Had this film kept its head down and pushed forward with the concept it had without the late last-ditch effort flourishes be all snazzy and gussied up, I think it would have been better regarded and far more memorable. When it hit theaters it was pretty much dismissed as one of the many Pulp Fiction clones to come out in the late 90s and I feel that was being overly dismissive. The first half of the film felt like it belonged in the catalog of Elmore Leonard with fun characters and a great setup but still grounded and serious and highly entertaining. The final show is till pretty good it just ends with a very different vibe from where it started. As it stands, Things To Do In Denver is an entertaining movie, but doesn’t live up to its full potential.

Vital Disc Stats: The Blu-ray
Things To Do In Denver When You’re Dead comes home to Blu-ray thanks to Australian label Imprint in a single-disc release. Pressed on a Region A BD-50 disc, the disc is housed in a clear case with slipcase. The disc loads to a static image main menu with traditional navigation options. 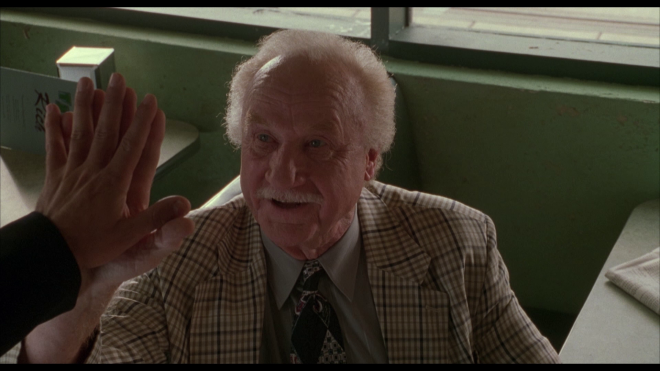 I’m not sure of the vintage of the source for this 1080p 1.85:1 transfer, but Things To Do In Denver When You’re Dead looks pretty good. It’s probably a slightly dated HD master, but all things considered with a pleasing video presentation. Details are strong giving you an appreciation of small details in facial features, costuming, Pieces’ makeup work, as well as Critical Bill’s wild apartment. Colors are heightened with individual locations all having a dominant color scheme, the malt shop’s mint green, Man With The Plan’s steel blue appearance, etc. While colors may be purposely pushed in various locations, primaries offer a natural presence while flesh tones look healthy and normal. Black levels can be a bit dicy here and there sliding more gray than true black and image depth can feel a tad flat. Elements are in overall good shape with some mild speckling being the worst offender. 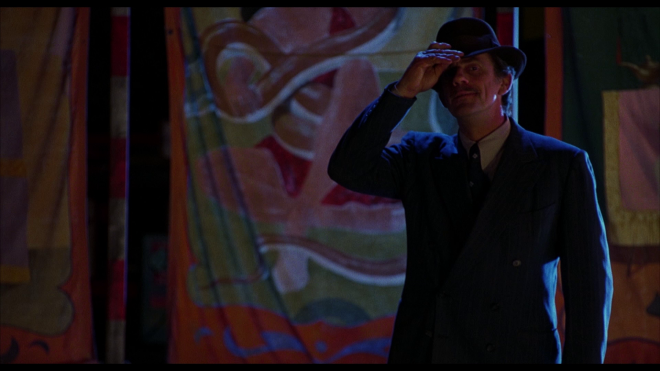 This film also comes home with a pair of audio options, a decent LPCM 2.0 track and a richly effective DTS-HD MA 5.1 track. Had the LPCM been the only option, it’d done well, but I have to tip my hat to the DTS-HD MA 5.1 mix. Dialog feels stronger with a better feeling of balance and placement for sound effects and music cues. I also felt the need to pop my volume up a tad higher for the LPCM 2.0 track. Otherwise both are effective and depending on how you’re outfitted should do you nicely. 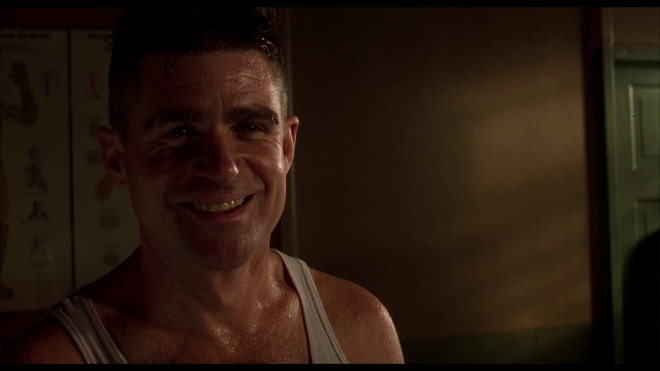 While this isn’t the biggest batch of bonus features ever assembled, I appreciate that Imprint opted to assemble a nice assortment of new interviews. You get some great words from writer Scott Rosenberg, director Gary Fleder, production designer Nelson Coates, and star Andy Garcia. Combined the interviews give a solid overview of how the film came together, casting, shooting the film on location in Denver, and its reception by critics. 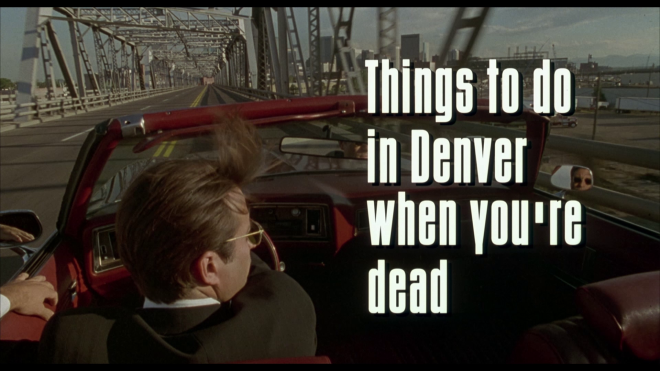 Things To Do In Denver When You’re Dead is a slick crime thriller with grand ambitions for colorful characters that works well enough. There’s a lot of potential in the front end of the film but the latter half loses its way trying too hard to be “cool” when it already was cool without trying. Headlined by Andy Garcia, the film features a great cast and a smart concept with confident direction. It’s well worth checking out if you didn’t happen to rent it on tape back in the day. Imprint brings Things To Do In Denver When You’re Dead to Blu-ray in fine order with a solid video transfer, clean audio, and a nice selection of bonus features. Recommended.