Another Marcel Carné classic comes to Blu-ray courtesy of Criterion, and while Hotel du Nord might not provoke the same intense emotional response as some of the director's other films, its lyricism, simplicity, and frankness make it an important and enduring work. The slice-of-life story about a group of people associated with a modest Parisian hotel progresses in fits and starts, but the colorful characters, natural performances, and Carné's artistry keep us involved. A superb transfer struck from the original camera negative, excellent audio, and a few captivating supplements combine to create another stellar Criterion release of a renowned French film. Highly Recommended.

After the brilliant yet devastating Port of Shadows, French director Marcel Carné sought a project with a lighter tone and less depressing themes, but one that still lent itself to the style of poetic realism. He settled upon Hotel du Nord, an adaptation of Eugène Dabit's novel about the tangled lives of those who live and work at a Parisian neighborhood hotel along the Canal Saint-Martin. Like many Carné concoctions, atmosphere reigns supreme in this lyrical, languorous film that focuses on character, setting, and the deep-seated desires of angst-ridden, aimless people who crave change but can't seem to effect it. Sprinkled with charm and mixing optimism with fatalism, Hotel du Nord paints a humble portrait of everyday life as it captures the spiritual and emotional ennui afflicting the French people in the years just prior to World War II.

Renée (Annabella) and Pierre (Jean-Pierre Aumont), two downtrodden, disillusioned lovers, check into the Hotel du Nord not for a passionate sexual tryst, but to execute a suicide pact. "The world wanted nothing to do with us," Renée wistfully opines, and rather than risk that cruel, turbulent world destroying their love, she hopes to preserve it and see it thrive in the hereafter. The plan calls for Pierre to put a bullet in her heart, then turn the gun on himself, but after shooting Renée, he gets cold feet and tries to escape.

Edmond (Louis Jouvet), a dour, shady hotel resident who pimps out his feisty girlfriend Raymonde (Arletty) for cash, hears the shots, rushes to the room, and encourages the distraught and confused Pierre to flee. Renée is rushed to the hospital and miraculously survives, while Pierre, wracked by guilt and self-loathing, surrenders to the police and goes to jail. With nowhere to turn upon her recovery, Renée gets a job at the hotel and tries to sort out her fractured life. She still holds a torch for Pierre, but upon her return to Hotel du Nord, she catches the eye of Edmond, who plans to skip town with Raymonde to escape the wrath of two vengeful thugs who have just been released from prison. Those plans change after Renée arrives, and once the two tortured souls connect, they ponder life in paradise, far away from the pain and strife of Paris. 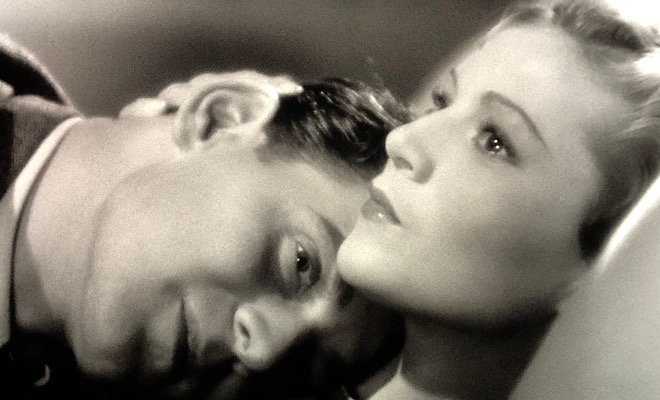 Reminiscent of Grand Hotel and a forerunner to Separate Tables, Hotel du Nord uses its setting as a vehicle to provide glimpses into various lives, but the interpersonal drama isn't the film's sole raison d'être. The hotel also represents a microcosm of the larger French society that - like the characters - was in a state of flux at the time. Economic strife combined with fear of German aggression and signs of impending war produced a sense of unease, a feeling of futility, and a desire to run from the gathering storm. Though some characters seem content with their lot in life, almost everyone in the film searches for some higher purpose and tries to latch on to something rare and beautiful, even if only for a moment.

For the men, Renée is that shining beacon, and she attracts them like flies to honey. Sex seems to be the characters' most accessible form of escape, and the lack of strict censorship guidelines in France allowed Hotel du Nord to openly explore the subject...at least in its dialogue, which contains plenty of frank references and risqué humor that would be verboten in American movies of the 1930s and beyond. Raymonde talks candidly about being a prostitute, another female character bemoans the lack of sex in her marriage, and a third jokes about the (im)potency of her male bedfellows. There's also a clearly identified homosexual character (which was groundbreaking at the time, even in France) and Renée and Pierre are permitted to lie in bed together and perform a love scene, albeit fully clothed. Such freedoms are not only refreshing, they make the action depicted feel more authentic. 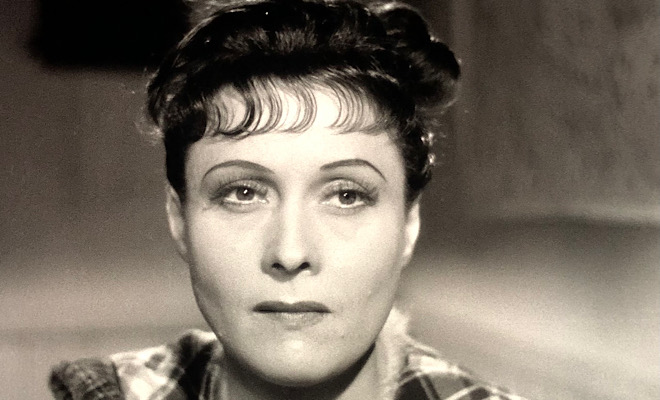 Hotel du Nord also includes one of the most famous lines of dialogue in French cinema history, one that would quickly become part of the country's lexicon. When Edmond tells Raymonde he's bored with their relationship, he says he craves a change in atmosphere. Raymonde asks him what he means by that and he responds the atmosphere he's referring to is her. The outraged Raymonde retorts, "Atmosphere! Atmosphere! Do I look like an atmosphere??!!" Arletty delivers the line in a sing-song manner with such vigor it's like a jolt of electricity, making it easy to imagine how it captured the fancy of contemporary French audiences and became a go-to phrase over the years. (A brief portion of the scene can be glimpsed in the trailer below.)

Edmond and Raymonde are minor characters in the novel, but Carné beefs up their screen time to showcase the magnetism of Jouvet and Arletty, who wind up stealing the film. Annabella and Aumont are both accomplished actors, but the dreamy-eyed Renée and depressed Pierre lack Raymonde's fire and Edmond's smoldering dread and grow a bit tiresome over time. We never grow tired of looking at them, however, thanks to Carné's to-die-for close-ups that revel in their glamor. (It's not surprising Annabella would bewitch her Suez co-star Tyrone Power and marry him the following year. When Aumont migrated to Hollywood after serving in World War II, he would marry screen siren Maria Montez and, several years after her tragic death, Marisa Pavan.)

All the performers shine, but it's the luminous work of Carné that makes Hotel du Nord endure despite a plot that sometimes struggles to keep us involved. Like a magician manipulating light and shadow, he brings his setting to life and embraces the working class people who populate his film. Movies like this demand a second viewing to absorb the artistic nuances, appreciate the finer points of character and theme, and savor the beautiful imagery. Carné's mastery of poetic realism heightens the impact of Hotel du Nord, which gets its life blood from the intimate environment he creates, cultivates, and celebrates. "Atmosphere! Atmosphere!" indeed. 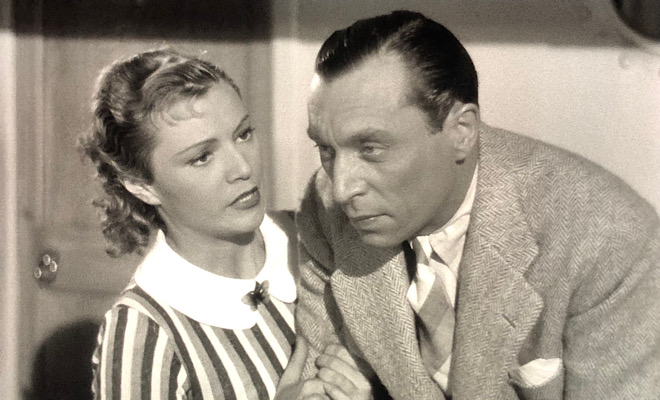 Vital Disc Stats: The Blu-ray
Hotel du Nord arrives on Blu-ray packaged in a standard Criterion case. A 10-page, fold-out booklet featuring an essay by film and theater scholar Edward Baron Turk, several black-and-white photos, a cast and crew listing, and transfer notes is tucked inside the front cover. Video codec is 1080p/AVC MPEG-4 and audio is French LPCM mono. This edition also includes a new English subtitle translation. Once the disc is inserted into the player, the static menu with music immediately pops up; no previews or promos precede it.

According to the liner notes, "This digital restoration was created in 2K resolution from the 35 mm original camera negative," and the resulting 1080p/AVC MPEG-4 transfer is simply breathtaking. Excellent contrast, clarity, and grayscale distinguish this silky effort that faithfully honors the elegant yet realistic cinematography of Armand Thirard and Louis Née, who would collaborate on other French classics like The Wages of Fear and Diabolique. Grain is beautifully resolved, yet the picture flaunts a palpable film-like feel, and only a few errant nicks dot the pristine source. While a few scenes exhibit some softness and additional texture, the instances are fleeting. 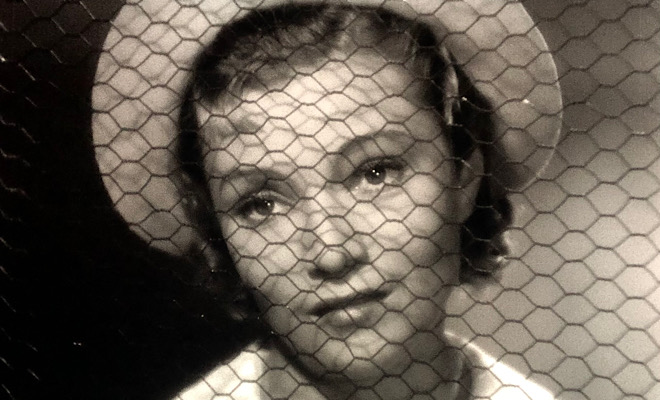 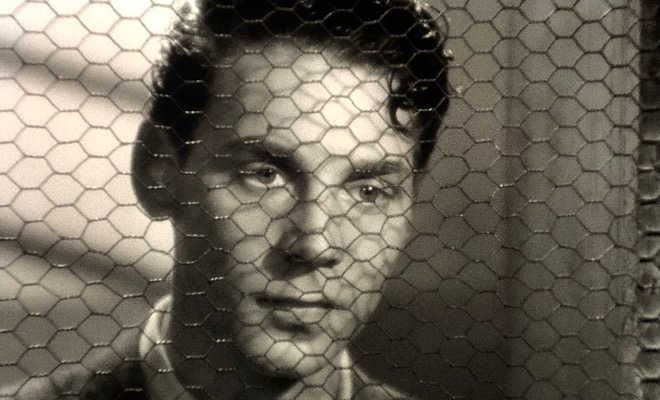 Blacks are lusciously rich, whites are bright and stable, and exceptional shadow delineation enhances depth. Lush, glamorous close-ups showcase the beauty of Annabella, Aumont, and Arletty and the hollow-cheeked, dark-eyed disillusionment of Jouvet (the tight shots of Annabella and Aumont photographed through the screens in the prison visiting area are especially crisp and striking), and though the heightened clarity makes the painted backdrops more noticeable, that's a small price to pay for such a glorious presentation. As I wrote in the film review section, Hotel du Nord is all about atmosphere, and this top-flight transfer maximizes its impact to the fullest.

The LPCM mono track "was remastered from the 35 mm original soundtrack negative" and supplies clear, well-modulated sound. Subtleties like the din of the hotel bar and urban street sounds supply essential atmosphere without overwhelming the action, and sonic accents like gunfire, rumbling thunder, firecrackers, slamming doors, and train whistles are crisply rendered. Excellent fidelity enhances the music score by Maurice Jaubert, who also scored Carné's Port of Shadows and Le Jour Se Lève (and would be tragically killed while fighting for his country in World War II just two years later at the age of 40), and a wide dynamic scale embraces all of its highs and lows without any distortion. All the dialogue is well prioritized and - if you're fluent in French - easy to comprehend, and no age-related hiss, pops, or crackle disrupt the mood. Hotel du Nord is a rather quiet film, but this audio track asserts itself well when necessary.

Hotel du Nord can't eclipse the desolate beauty of Marcel Carné's Port of Shadows, but this affecting slice-of-life tale about a group of disparate characters connected with a modest Paris hotel stands as another fine example of poetic realism and features an array of captivating performances. Carné's lyrical style and impeccable sense of mood and place make up for a meandering plot that starts and ends with a bang, but languishes in between. A glorious transfer struck from the original camera negative allows us to savor the arresting images, while excellent audio and a slim but potent supplemental package round out this impressive presentation of one of Carné's most famous and atmospheric films. Highly Recommended.