The Big History collection turns history on its head, breaks down the walls between history and science, and tells the story of the universe from the Big Bang through today. Crisscrossing through time and space, each episode reveals the transformative relationships between science and history that you never knew existed. Did you know that we carry the legacy of the Titanic, and even the Big Bang, in our pockets every day in the form of a cell phone? We'll explore 13.7 billion years of history with bizarre questions like: What is the connection between Egyptian mummies and today's ham and cheese sandwich? Was the American Revolution driven in part by a biological thirst for caffeine? And why does nearly every ancient civilization build massive structures in the shape of a pyramid?

Science and history programs have been around for so long that finding an appropriate and, more importantly, interesting angle from which they can approach the dissemination of information to what seems like an increasingly smaller and less eager audience has become paramount. In fact, it's the one factor that likely still stands above who is handling the narrating duties. In both cases, History has come up with a fairly viable answer with 'Big History,' the network's latest endeavor to have a small portion of its content actually feel pertinent to the original intent of the channel itself, while also bringing in a guy who was pretty terrific in a television series about a scientist looking to lend his knowledge and expertise to an entirely new demographic.

But having Bryan Cranston in the roll of narrator isn't all that 'Big History' has going for it. The series puts a unique spin on the idea of historical research by first focusing on a single topic and then tracing its significance back across hundreds, thousands, even millions of years, discovering the links of seemingly unrelated events and advancements in ways many people may have never bothered to think of before. The idea behind 'Big History' is to show how the minute and the seemingly mundane have shaped the course of human history in utterly fascinating ways, and, in turn, helped us understand the manner in which those events occurred. This, in turn, forces humanity to think about the future.

The show was initially presented as a 17-episode mini-series, which aired on History in 2013. Each half-hour episode takes a look at one topic, and then proceeds to break it down through a discussion of its place and importance in shaping human history. In order to do this, 'Big History' brings in several experts in their respective fields, to use their knowledge in various scientific disciplines to better understand the complexity of human history, and, more compellingly, how that fits into the role life on Earth plays in the universe. Essentially, each episode of 'Big History' takes a small idea, makes it bigger by following it through the course of human history, and then blows it up, by providing evidence that without it, the species would not be where it is today. 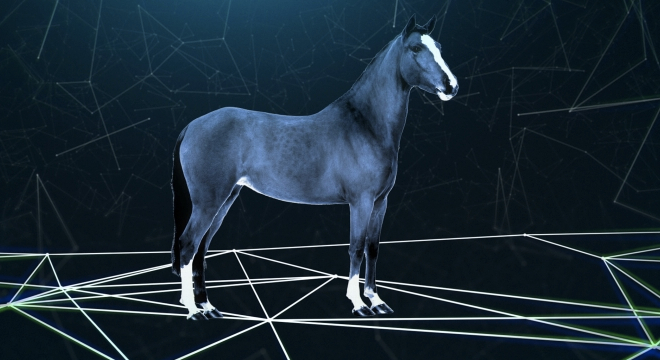 It sounds complex, and, frankly, a little convoluted, but each episode manages to take seemingly mundane elements that most take for granted like, say, salt or subzero temperatures, and then finds ways to explain how that single, innocuous element shaped the species in a very profound and specific way. The results are oftentimes quite fascinating. In 'The Superpower of Salt,' the episode looks at the many ways in which a single molecule has shaped vast portions of civilization, helped fashion various empires, was once currency, and even helped make New York City the bustling metropolis it is today. While these connections are all part of a fascinating historical perspective that helps to highlight how something so simple and so vital to life effectively shaped the course of humankind's path, it also takes a much larger look at why this element is so important. Bringing in scientists, 'Big History' explains why life needs salt, and how, on a (visually) much smaller scale, salt is the very chemical essence driving thoughts in our brains.

This investigation into minuscule elements that are often taken for granted, and the subsequent broadening of said element's impact on the whole of human history lands on several interesting topics throughout the mini-series. Aside from salt, 'Big History' takes a look at 'Gold Fever,' Megastructures,' 'World of Weapons,' and the 'Rise of the Carnivores.' Each episode runs through a fairly standard structure, requiring Cranston to constantly repeat the core concept of the study of Big History, which can get a little tedious at times. While the narration is going on, however, the program utilizes some effective animated sequences that essentially plot out when and where the topic first became noteworthy, and then endeavor to track it back toward the main talking point. Through it all, each episode spends some time segueing into the standard low budget dramatic reenactments, but they also manage to include the far more fascinating (and sometimes meme-worthy) contributions made by academics, authors and scientists.

Those contributions underpin the entirety of the program. Without them, 'Big History' is making claims that are fascinating, but technical. With these contributors, however, the series is not only afforded some sense of validity, it also is granted the opportunity to disseminate information through a multitude of voices. Now, 'Big History' is in to way a replacement for an actual education, but if you think of it in those terms, the viewer is ostensibly inviting a panel of academics and researchers into his or her living room to talk about why they might want to think differently (bigger, perhaps?) the next time they use the salt shaker on the dining room table, or venture out into the cold during winter.

Some of the elements offered up here are a little simplistic at times, while other become head-slapping in both their obviousness and the enormity of their implication. 'Big History' is a new way of thinking about the larger importance of seemingly small things, but it's also a new way of presenting familiar material in a way that that feels elucidating and compelling. 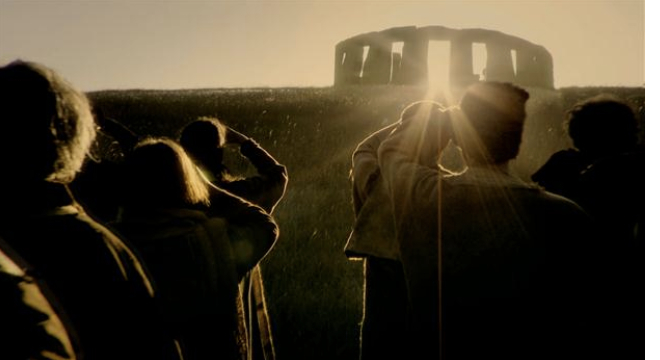 'Big History' comes from Lionsgate as three 50GB Blu-ray discs in the standard 3-disc keepcase. There set also includes a download code for an Ultraviolet version, in case you want to take the show with you on the go. There aren't any previews, so the disc will just head directly to the top menu when it's inserted in your player. The menu is the standard Lionsgate format, allowing you to watch all the episodes on a disc in a continuous stream, or choose one at a time. Disc 3 is the only one with supplemental features.

The 1080p AVC/MPEG-4 encoded transfer offers the standard moderately budgeted, quasi-educational programming image you would expect from History. The image has a good amount of fine detail visible in the contributors' faces, and even some of the dramatic reenactments – though shot and performed on the low end of the aesthetic spectrum – manage to have a good amount of fine detail and vivid colors present. Textures are generally good across the board as well, typically becoming more pronounced in close-up than they are in a wide-angle shot. Again, colors are bright and prominent, and edges are almost always clearly defined.

The image boasts a high level of contrast throughout, giving the many CG shots of space, and the occasional nighttime reenactment acceptable clarity, atop some robust black levels. Those levels are generally well balanced, but there is a moment or two where some slight banding is noticeable; however, there's no crush present anywhere, which improves things quite a bit.

Generally, this is a nice looking image that is technically sound for the most part, but can appear to be a little flat sometimes. It's fairly standard for the kind of production 'Big History' is, so those who are familiar, or even fond of such programming will not likely have a problem.

'Big History' has been given a very nice DTS-HD Master Audio 5.1 mix that may seem like a bit of overkill for the sort of program that's being offered, but it's appreciated nonetheless. The main focus of the audio is, obviously, the dialogue, which the mix here handles superbly. All voices, whether it's the calm, fluid narration Bryan Cranston, the actors engaged in reenactments, or the subject matter experts speaking, all are easily heard in fine fashion. There is also the occasional sound effect, and the presence of a fairly engaging score – both of which come through the front channels and, again, sound quite nice.

The only problem with the sound is that, on the rare instance that the mix requires something to go through the rear channels, they tend to sound a little hollow, perhaps even flat. It's as though such a sound extension were an afterthought, and the end result feels obvious of that assumption. At any rate, it doesn't really mar the mix in any way, it just keeps it from receiving a higher score.

Still, the sound is quite good for what is essentially eight and a half hours of info dropping, so there's very little to complain about.

At first, 'Big History' feels like an entertaining new spin on some old ideas, but it quickly turns into a new way of thinking about the entirety of human history and how the various facets that make up seemingly small portions of it are actually enormous in their impact. Each episode is produced in the same formulaic fashion, which can get a bit tedious if you watch several in a big chunk, but overall, the mini-series has some compelling information that is somehow made weightier by the presence of Cranston's narration. With good picture and sound, and some interesting featurettes, this one come recommended.

Sale Price 14.24
List Price 19.99
Buy Now
3rd Party 7.11
In Stock.
See what people are saying about this story or others
See Comments in Forum
Previous Next
Pre-Orders
Tomorrow's latest releases