Masters of Sex: Season One

'Masters of Sex' stars Golden Globe and BAFTA Award nominee Michael Sheen and acclaimed actress Lizzy Caplan, who portray the real-life pioneers of the science of human sexuality, William Masters andVirginia Johnson. The series chronicles the unusual lives, romance and pop culture trajectory of Masters and Johnson and the effect their research had on the family and colleagues around them. Their study ignited a sexual revolution and took them from a Midwestern teaching hospital in St. Louis to the cover of Time magazine.Masters of Sex also stars Caitlin FitzGerald, Teddy Sears and Nicholas D’Agosto, and guest stars two-time Golden Globe winner Beau Bridges.

Premium cable channels are constantly trying to push the boundaries of explicit content as it pertains to television. Every so often a show comes along that's so over the top in its explicitness that it's almost comical, like 'Spartacus.' Certainly, a show titled 'Masters of Sex' harbors the same kind of connotations. Before seeing a single episode it's easy to make snap judgments about where the show's focus is going to be, which makes its ability to be many different things at once much more commendable. 'Masters of Sex' is erotic and titillating, sure, but it's also a thought-provoking journey of human sexuality, the role of sex in society, the inherently prudish nature of Americans, and a decades-long struggle for women's equality.

Developed for television by Michelle Ashford ('The Pacific'), 'Masters of Sex' is based on Thomas Maier's biography, " Masters of Sex: The Life and Times of William Masters and Virginia Johnson, the Couple Who Taught America How to Love." Based in the 1950s, where sex was even more taboo in America than it is now, 'Masters of Sex' enthusiastically tells the story of scientific discovery, and establishes a visual and dramatic baseline for understanding how science can be stymied by its own ignorance and the prevailing views of society at large.

Dr. William H. Masters (Michael Sheen) is a cloistered know-it-all. He's a frigid personality, who is just as curt with his wife as he is with his employees. Though, like so many television doctors, Masters is brilliant in his given field, which is obstetrics. Perhaps the casting of a British actor to play a walled-off, anti-social genius is the show's only real clichéd aspect. Everything else feels natural and organic.

Dr. Masters is intent on exploring and studying human sexuality. How can something everyone does, all the time, be so understudied? Dr. Masters is dismayed at how little we know about our own sexuality. It's an interesting question. Everyone agrees with him that we should know more about it, but no one agrees that the requisite information should be gathered. Because, how would one gather data? Well, you'd have to watch people have sex, and that certainly isn't the prudent thing to do.

Even though his hypothesis is sound, and even though he's become one of the most respected obstetricians around, Dr. Masters still can't get anyone to sign off on his idea of studying sex. He's repeatedly stonewalled by the hospital provost, Dr. Barton Scully (Beau Bridges). Scully commiserates with him, but insists his hands are tied. There's nothing he can do to help.

He soon meets a kindred spirit in Virginia Johnson (Lizzy Caplan), who defies many of the 1950s woman stereotypes. She's a divorced mother, raising two children, who is career oriented, and intimately knows her own sexuality. She starts as Dr. Masters' secretary and quickly ascends to becoming his personal research assistant as they bribe, threaten, and cajole the powers that be into allowing the study to happen.

The performances here by Sheen and Caplan are really great. Though, the unsung heroine of the series is Caitlin Fitzgerald, who plays Dr. Masters' wife, Libby. Her story is both heartbreaking and life-affirming. A woman so beaten down by the coldness of her husband, and the constant heartache of not being able to get pregnant, finally finding strength within herself to shake all that off. Come for Caplan and Sheen, but Fitzgerald is the hidden gem in a show full of worthwhile reasons to watch.

'Masters of Sex' is a Sony release. It comes in an oversized Blu-ray case, with four hubs for four 50GB Blu-ray Discs. The episode list is cumbersomely printed on the inside of the cover so you have to remove discs to read it. An insert would've been much more reader friendly. Sony has marked this a Region A release. It comes with a generic cardboard slipcover. 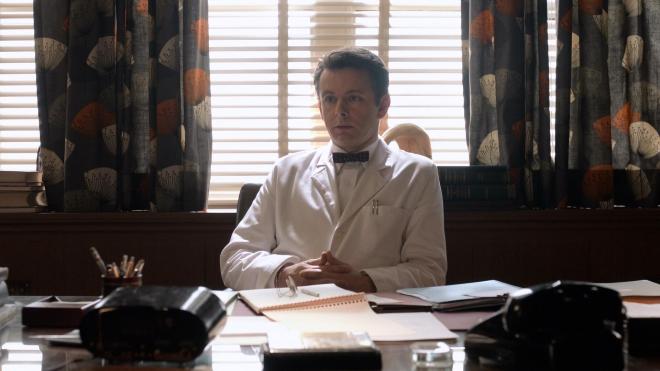 Sony usually releases great looking TV Blu-rays. Everything from 'Breaking Bad' to 'Justified' has ranked right up there in the higher echelons of video quality. As far as 'Masters of Sex' is concerned, Sony has one more mark in the win column. It looks fantastic in high-def. It's expected, of course, seeing that it's a brand-new show. Though, it's always nice to see an error-free presentation for recent source material.

Detail is superb here. There's plenty of skin shown in 'Masters of Sex,' so don't worry, it's all crystal clear if that's what you were wondering. Skin tones are immaculately natural, even with the show's slight diffused bygone-era look. Facial features, and small skin-related details and textures are extremely lifelike. The detail is so good in fact that there is little difference in the quality of mid-range and close-up shots. It all looks stunning, really.

Contrast is top-notch. Blacks are nice, and dark, without being overly burdensome. I didn't notice any instances of egregious banding or blocking (two things that were at least somewhat noticeable, depending on your cable or satellite provider, in the show's broadcast version). If there's one thing that always looks off in the show it's the scenes where people are driving and talking. It's the same problem 'Justified' had during certain points of its run. The HD magnifies how phony those scenes appear. Other than that minor gripe, the presentation here is near perfection. 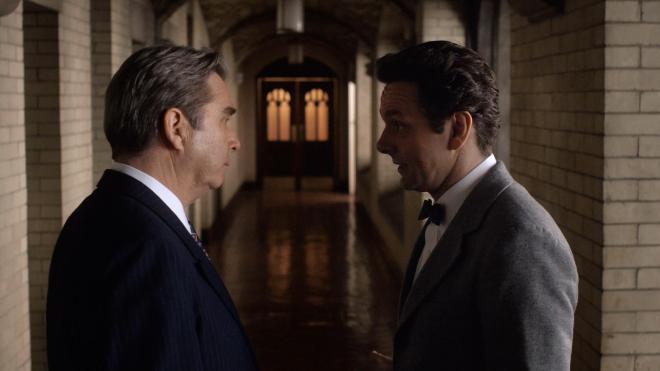 The DTS-HD Master Audio 5.1 surround sound mix, is given plenty of opportunity to succeed on its own merits. Like many talkative dramatic series, there isn't a whole lot in the way of explosive sound effects to really test the prowess of your system. Instead, what you get here is a nuanced audio mix that is quietly and consistently great throughout.

Up front all the dialogue is clean. Every line is intelligible. Granted there isn't much in the way of auditory fray to get lost in, but it helps that the spoken word comes across concisely. There's plenty of moaning and Yes, yes, yes's to be thrown around in the surrounds as unseen climaxes are reached.

The show's understand soundtrack is about the only provider of LFE. It's sparse, though when the sub-woofer is called upon it does its job admirably with what it's given. Fidelity is right on. Clarity is also. Just another strong showing by Sony, even though the show, by its nature, has a limited sound design to begin with. 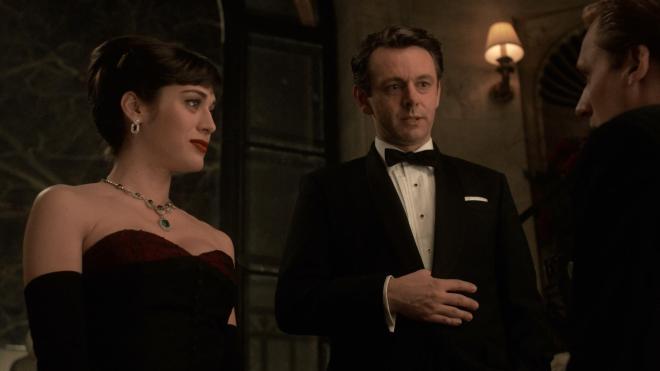 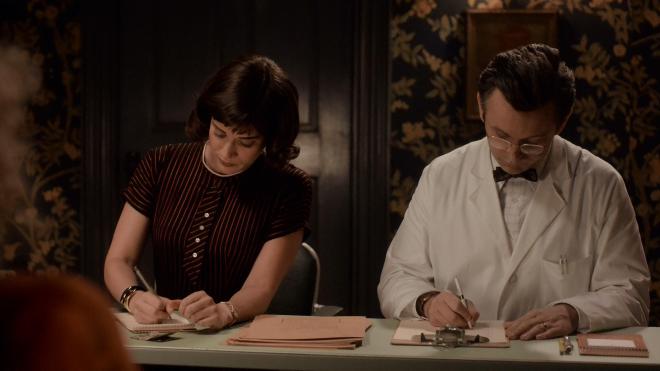 'Masters of Sex' is a drama about science, discovery, and how it takes courageous minds to question society's mores. How scientific advancement is achieved in the face of sometimes overpowering societal pressure to the contrary. Sheen, Caplan, and Fitzgerald deliver really fantastic performances. The video and audio are solid. 'Masters of Sex' is recommended for anyone looking to get into a new dramatic show with challenging themes.

Sale Price 11.99
Buy Now
3rd Party 2.81
In Stock.
See what people are saying about this story or others
See Comments in Forum
Previous Next
Pre-Orders
Tomorrow's latest releases