Gentlemen, we can remaster him. We have the technology to upgrade the entire series to 1080p Blu-ray. Shout Factory brings the complete adventures of Col. Steve Austin in The Six Million Dollar Man to Blu-ray. With an arm of unlimited strength and legs that can carry him faster than 60mph, he scored 99 exciting missions with three pilot films and three reunion films, and the extra crossover episodes of The Bionic Woman. The main series looks and sounds fantastic, but some of the extra films and crossover episodes come with some odd audio issues. That said, this set comes with an incredible great of new and archival bonus features for a terrific collection of classic television content. If you’re a fan of the series and looking to add it to your collection, Recommended.

Colonel Steve Austin (Lee Majors) - test pilot and famous astronaut. As one of the few men to walk on the moon and test-fly highly experimental aircraft, he’s a man who knows the risks. But when his latest test flight crashes leaving him minus two legs, an arm, and an eye, his friend Doctor Rudy Wells (Martin Balsam, Alan Oppenheimer, and then played by Martin E. Brooks for the rest of the series) has been working on an experimental protocol to repair damaged limbs. Replace damaged tissue. Rebuilding a normal blood and bone man into a super-powered cyborg! Now capable of nearly unlimited strength in his right arm, capable of running over 60mph, and able to see microscopic details, Col. Steve Austin is now The Six Million Dollar Man and he’s going to save the world! 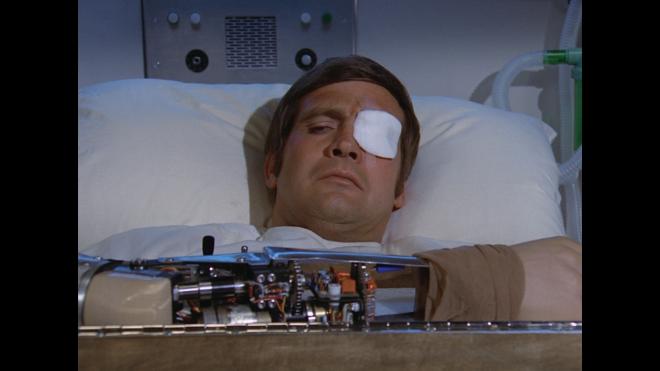 The Six Million Dollar Man began with three simple and to-the-point pilot film adventures. It moved on to a full series that lasted 99 episodes over the course of five seasons. During its run, it crafted the highly entertaining spinoff The Bionic Woman starring Lindsay Wagner, and the two series frequently crossed paths and then capped off both super-powered heroes' adventures with three made-for-television reunion films. Between the two shows, there are over a hundred hours of slo-mo action and adventure to pick through!

But like any series of any era, not every episode is a winner. There are some that just don’t ignite. There are some that are just plain daffy. And then there are some where the series has just run its course and probably should have gracefully exited the scene a little earlier than it did. For this reviewer, the first three seasons are solid stuff. I haven’t earnestly sat down and watched this show since college outside or renting a few of the DVDs but it was a real treat to dive back in again. By Season Four you could feel the plots for each episode coming in a little thin. They were still a hell of a lot of fun and certainly entertaining, but the leadoff two-parter episode with The Bionic Woman sees our super-powered cyborg heroes fighting not only alien invaders led by a delightfully hammy John Saxon, but also Bigfoot! Again it’s fun and very entertaining, but there’s a lot of eye-rolling in that two-part crossover! By Season Five, you could feel the energy change. The missions were still exciting but became more point by-the-numbers with few surprises. It just got too comfortable. 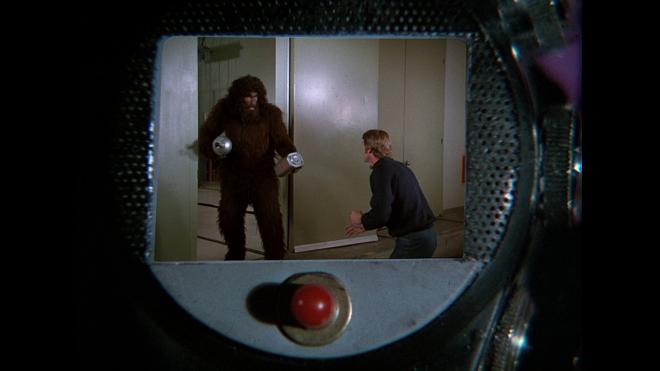 Wisely, the creative minds took a break for a few years to let everyone rest up before diving into the reunion films. Lee Majors had moved onto the highly entertaining Fall Guy and by the time 1987’s The Return of the Six Million Dollar Man and the Bionic Woman hit TV screens, he was looking refreshed and ready for some more Steve Austin action. The plots of these TV movies may be a bit slim but they were fun reunions. 1989’s Bionic Showdown gave Sandra Bullock one of her very first roles as their new bionically enhanced OSI agent Kate Mason so she can enter and compete in the Olympics! You could feel this second movie, in particular, trying to introduce new bionic characters for a possible new spinoff series, but that never happened. It would have been something if they could have gotten Vince Van Patton to come back as The Bionic Boy for an epic team-up! As for Bionic Ever After?, much like The Incredible Hulk spinoff films, stretched a little far. It was nice to see a final adventure from Lee Majors and Lindsay Wagner, but the years were advancing. Majors looked more like he’d been spending a lot of time with the local golf pro perfecting his swing than a secret agent. Plot points notwithstanding, there isn’t a whole lot of “bionic” action happening until the end with a plot that feels borrowed from Die Hard. Fun, but not altogether necessary.

As there have been rumors of a new reboot series and even at one point a comedic take on the series starring Jim Carrey, The Six Million Dollar Man lives on in syndication and home video. I was born far too late to enjoy the series in its original run, but I watched reruns with my dad and we taped the three reunion films when they came on. I may not love every episode, but like so many other classic series they’re great to have on disc. When you need something that’s just good fun, The Six Million Dollar Man delivers.

Shout Factory teams up with Universal to bring The Six Million Dollar Man home to Blu-ray. Spread over 33 discs, you get all three original pilot films, all 99 episodes of the main series, the crossover episodes with The Bionic Woman, and all three reunion films. Each season gets its own multi-disc case with each episode sitting on its own tray without being stacked. The reunion films are spread over two discs and have their own case. The episodes and bonus features are listed on the insert art of each season, which has more or less become normal for classic series releases these days instead of a booklet. The bonus features are spread out throughout the discs. Each disc loads to a rather unimaginative static-image main menu with pretty basic navigation options. 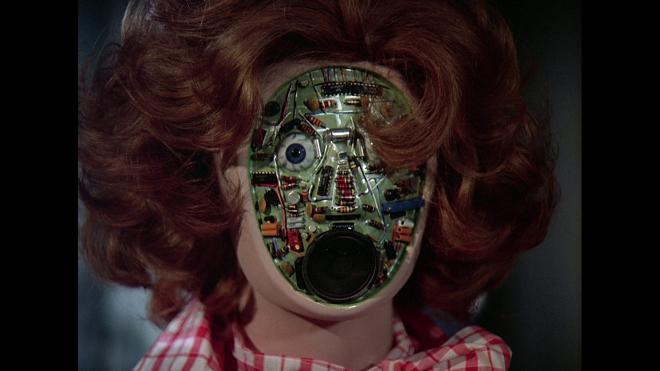 The Six Million Dollar Man runs onto Blu-ray with a generally terrific 1.33:1 1080p presentation. The first pilot film is a little rough around the edges with some speckling, scratches, and it does appear as if some slight grain management was employed. Nothing too series or distracting but you can see it in certain scenes. By the time the second pilot movie comes up, it offers up a notable improvement in overall quality free of any notable film grain management with much clearer details. The rest of the series and the three television reunion films all follow suit with clean clear details for facial features and appreciable textures. The film elements overall are in great shape. Some episodes fair a little better than others and any time some optical effect or enhancement like diffusion or a dream sequence conditions fluctuate a tad, but nothing terrible or worth getting worried about. 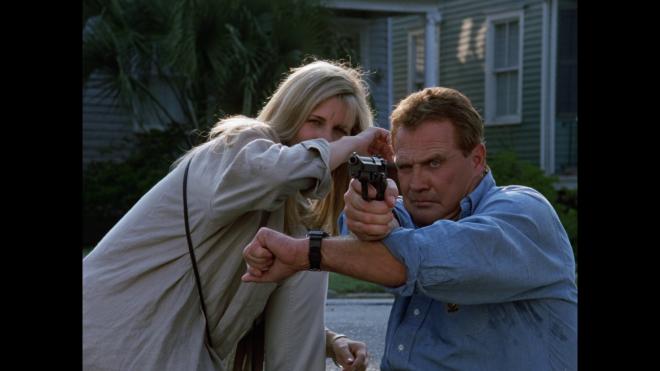 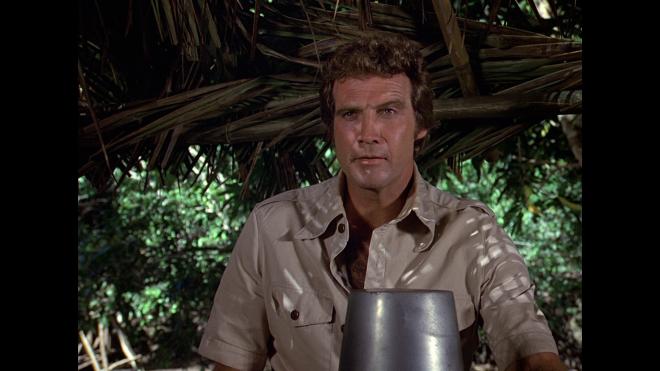 And like the video section - there is a “however.” As mentioned about the shift in video quality for episodes from The Bionic Woman, so follows the audio. This was an issue that dated back to the DVD sets and without any understanding of why, it’s carried over here for these sets. Return of Bigfoot Part II is again the roughest of the bunch with levels and clarity riding the mud. I’m not going to follow in the more hyperbolic assessments of these episodes floating around out there, they are watchable but compared to the counterpart episodes that aired on The Six Million Dollar Man, it’s pretty obvious dip in quality. You have to kick up the volume a bit. And again, the other episodes of The Bionic Woman featured in this episode aren’t as bad as Bigfoot, but they’re an obvious difference from The Six Million Dollar Man episodes. 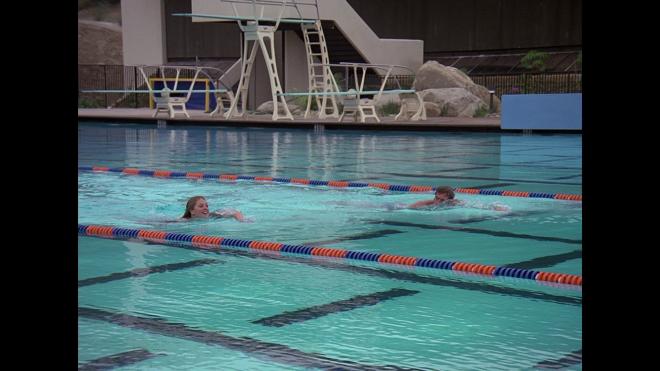 The other “however” - and this is an odd one - is with the third reunion film Bionic Ever After? and the DTS-HD MA 2.0 track. There’s something wonky with the mix at the front end of the film. For about the first ten minutes or so, the dialog and sound effects shift about the front channels in really weird ways where dialog or sound effects that should be in the left are all grouped into the right channels or right channel activity will slip into the center and then slide back to right, likewise occasionally the same on the left side. The weirdest moment of this is when Lee Majors and Lindsay Wagner are eating dinner and then go for a walk along the docks, those elements slip around quite a bit. It honestly sounds like raw production audio recorded by a boom mic whose handler wasn’t in the right place to properly catch each actor’s dialog. Not impossible to hear what’s being said, but it’s an odd effect. After Jamie knocks Steve into the water, the track evens out and that issue doesn’t crop up again. Like I said, an odd one. Not a "deal-breaker" but just one of those things that's just puzzling. 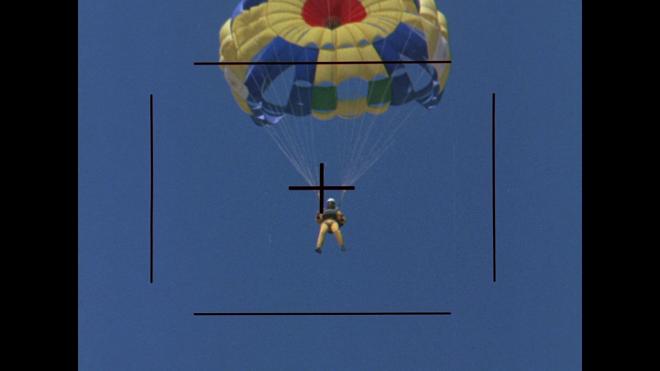 Thankfully you don’t need Steve’s bionic eye and Jamie’s bionic ear to enjoy the bonus features! Shout Factory nicely gathered up a great assortment of new and archival bonus features. Various episodes come in with new audio commentaries with other episodes coming with the commentaries from the DVD sets. There are also a bunch of additional featurettes and interviews to pick through. All in all, you have several hours of material to dig into. There’s a lot to get through here so I didn’t dig through all of the extras, but I previewed some of the new and archival commentaries and punched up some of the featurettes and they’re pretty interesting - especially if you didn’t know a lot of the behind-the-scenes trivia about the show’s development and the meneuvering to do the crossover episodes.

Season One - Disc One:

The Six Million Dollar Man is prime 70s science fiction action-adventure television. Starring Lee Majors in the titular role, an everyman becomes a superhero with incredible abilities. But one hero wasn’t enough, they brought in Lindsay Wagner as The Bionic Woman with her own set of special talents. Through 99 regular season episodes, crossover episodes, and reunion films - Steve Austin delivered hours of exciting entertainment and was worth every cent of his $6,000,000 price tag.

Thankfully - you don’t have to spend that kind of cash to get the series on Blu-ray! Shout Factory brings The Six Million Dollar Man to 1080p Blu-ray with overall terrific results. The pilot films, the main series, and the reunion films look great with minimal age-related wear and tear. On the audio front, the films and series are great, with one little hiccup on the final reunion film that thankfully doesn’t sink the overall presentation. Now fans of The Bionic Woman that were frustrated with the audio quality of the old DVD sets, unfortunately, don’t get a reprieve for the few crossover episodes carried over into this set. I don’t think they’re “unwatchable” - but it’s a clear dip in overall quality. Hopefully, that’s corrected for the upcoming The Bionic Woman The Complete Series arriving later this summer.

At the end of the day, if you’re a huge fan of Steve Austin and his adventures as The Six Million Dollar Man, this is a pretty great set! Pilot films, episodes, and reunion films combined, you’ve got over 92 hours' worth of quality entertainment ahead of you. Recommended.