'Homefront' stars Jason Statham as former drug enforcement agent, Phil Broker, a family man who moves off the grid with his daughter, to a seemingly quiet bayou backwater to escape his troubled past. However, Broker's world soon becomes anything but quiet once he discovers that an underbelly of drugs and violence riddles the small town. Soon, a sociopathic methamphetamine kingpin, Gator Bodine (James Franco) puts Broker and his daughter in harm's way forcing Broker back into action in order to save his family and the town.

As the latest in the micro-resurgence of '80s action conventions currently being spearheaded by Sylvester Stallone, 'Homefront' boasts the sort of one-man-army conceit that the film's star, Jason Statham, is perfectly suited for. Stallone initially adapted 'Homefront' from the novel by Chuck Logan, as a starring vehicle for himself; but at his age, the idea of a newly single father relocating to a small town in Louisiana after a lengthy stint of undercover work is a hurdle no amount of time in the gym is going to get him over. So, the role of Broker went to Statham and, more surprisingly, the role of Gator – Broker's ostensible nemesis of the film – went to Renaissance man James Franco.

'Homefront' is the kind of old school action drama that wants to see the world in relatively uncomplicated fashion: filled strictly with good guys and the bad guys, only the script winds up with an unusual and potentially complex character it has absolutely no idea (and even less interest) in exploring. Early on, the film spells out its view with an explosive prologue that quickly explains three important facets of the film. 1) DEA agent Phil Broker is incredibly good at his job, 2) meth dealers are ruthless criminals who hold grudges against cops for shooting at people that are shooting at them, and 3) Jason Statham has absolutely no business having hair. The lengthy introduction establishes the tone of the film fairly well – Chuck Zito ('Sons of Anarchy') even makes a brief appearance as 'Danny T' Turrie, a meth-dealing biker who's hell bent on getting revenge on Broker for deceiving him all these years, and playing a role in his drug-addled son's bloody death. But the prologue isn't merely there to kick the story off with a series of explosions and violent gunplay; it's purpose is to demonstrate the kind of intense, violent environment Broker is used to, so when he finally cashes in his chips to be a single father and raise his daughter Maddy (Izabela Vidovic), there's no question of the badass simmering beneath his denim and trucker hat-loving exterior.

Ostensibly retired from law enforcement, Broker spends his days fixing up an old house and discussing the basic essentials of carpentry with his buddy Teedo (Omar Benson Miller). It's a quiet, almost idyllic existence that is shattered when Maddy violently defends herself against a schoolyard bully, setting off a meth-fueled dispute that has the boy's mother, Cassie Bodine Klum (Kate Bosworth), getting her brother, the entrepreneurial would-be crime lord Gator, involved to settle the score. Early on, Gator's efforts involve stealing Maddy's beloved feline, and cutting the head off one of her stuffed animals. During his snooping in the Broker household, Gator finds out who Phil really is and figures he can leverage Broker's whereabouts to set up a drug distribution deal the currently incarcerated Danny T. 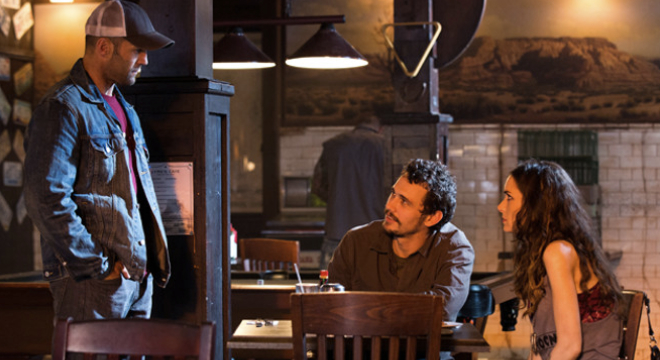 'Homefront' offers the kind of small-scale action movie that wants to pit one-dimensional ideologies against each another. The world isn't in any more danger than it was when the film started – a rarity for star-studded action movies these days – but as the title suggests, the focus is the bubble of civilian life during a time of war. Sure, the stakes are high, but just for one man and his daughter – and, to a lesser degree, an entire town that's fallen into the meth-funded grip of a man called Gator. Although he's just seeking the capital to grow his drug empire, Gator is ostensibly the law in town; he more or less owns Sheriff Keith Rodrigue (Clancy Brown) and makes it his business to break some knees when a trio of smalltime meth dealers set up shop in an abandoned house in his "territory." Gator's simply doing what Walter White did in a hardware store parking lot, but despite his staunch anti-competition stance, there's a small sense of civic pride in this effort that hints at a potentially deeper character (rather than caricature) that wound up on-screen.

And that's where 'Homefront' essentially loses its (kung fu) grip: The film takes great pleasure in its depiction of criminals as vicious, greedy thugs who are always on the prowl for another way to make some money, but it never fully acknowledges how Gator's criminal dealings and the possibility of losing his business – not to the law, but to a larger and more powerful competitor, after using his girlfriend Sheryl (Winona Ryder) to tempt them with the promise of Broker's whereabouts – is actually the only fascinating aspect of the story. Broker is a character that's been seen countless times before: The prototypical action hero. Here, however, that role comes off as something of a clichéd nonentity. Aside from his enthusiasm for engaging in fisticuffs, Broker's actions and reactions are telegraphed so far in advance, you can practically see the end credits rolling in his eyes. Conversely, Gator represents the only source of complexity in the entire film. He is, for all intents and purposes, the small business owner willing to get into bed with Satan (i.e., a much larger company selling the same product) just to try and improve his future prospects. The fact that 'Homefront' equates such aspirations with something as nefarious as peddling crystal meth is an avenue that would have been interesting to see the film investigate.

Instead, director Gary Fleder pushes the narrative through a series of expected destinations, stopping briefly to tease a developmental arc with Bosworth's character, and a potential romance between Statham and Maddy's grade school teacher, played by Rachelle Lefevre and her flowing red locks. Neither thread goes anywhere, sadly, as certain editing decisions prohibit the film from exploring anything outside of Broker's ability to kick heads in his never-ending quest to find peace and quiet for him and his young daughter. The trouble is: Broker isn't nearly as interested in finding solace as the text would like you to believe. He's as eager to start busting skulls as Gator is to expand his meth business.

This propensity for violence and destructive adherence to the construct of capitalism speak volumes about a movie that all but drapes its protagonist in stars and stripes on the front cover. It's a shame to think it came about these potentially intriguing themes accidentally, because 'Homefront' might've been a moderately more engaging film had it bothered to open them up instead of simply pass them by. 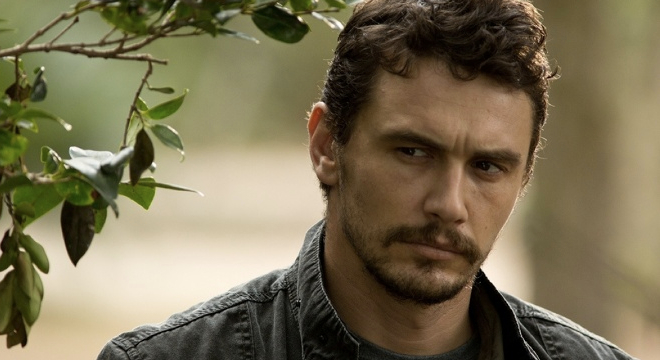 'Homefront' comes from Universal as a 50GB Blu-ray Disc + DVD + Digital Ultraviolet copy. The discs come in the standard two-disc keepcase, with a paper insert for the digital download. The Blu-ray offers several previews before the top menu, but they can all be skipped.

The 1080p AVC/MPEG-4 encoded transfer on 'Homefront' is immediately striking for the copious amount of detail provided in nearly every scene, the clean, defined edges that are constantly present, and the bright vivid colors depicting the lush greenery of its Louisiana setting. Fine detail is everywhere; facial features display the most minute aspect of every actor, from tiny wrinkles in the corner of Franco's eyes to Statham's omnipresent five o'clock shadow. The detail extends to the environment as well. Background details are clean and precise, and when they're in focus, they offer a tremendous amount of depth to the frame.

Additionally, contrast levels are very high throughout. Full-bodied black levels are present everywhere, and nighttime sequences manage to offer crisp frames that are free of crush and banding. Shadow delineation is also excellent, offering a wide range of separation between the various levels of light in a particular setting. Colors are bright and vivid; although the film doesn't adhere to a particular color palette, the setting does provide an opportunity to show off everything from the deep greens of the bayou, to the drab grays of industrial warehouses and dilapidated commercial buildings.

Overall, aside from a few instances of soft focus here and there, the image is fantastic. 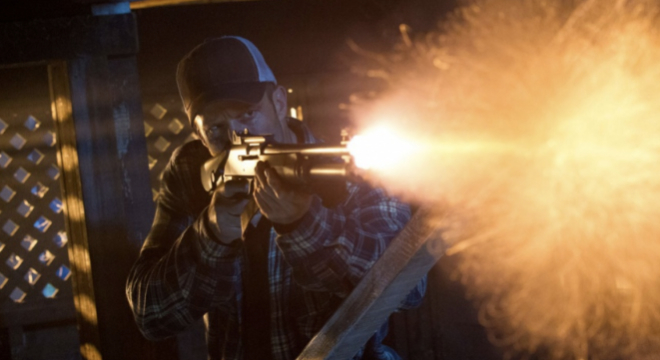 The DTS-HD Master Audio 5.1 mix is the kind of thing one would expect from an action movie. It has all the right components placed exactly where they need to be for the best possible listening experience. Dialogue is clean and easy to hear throughout; even during the frenetic action sequences, voices are distinct and resonant – which hints at the superb level of balance on the mix.

Most of the action is presented through the front right and left speakers, but the rear channels come into play constantly, to offer a great sense of atmosphere and an immersive listening experience. Smaller sound elements are present throughout the film, emanating from the rear channels, offering aspects as small as crickets chirping at night, to the sound of gunfire in the distance. Being an action movie, the mix also employs a robust level of LFE to punch up the explosion, gunfire, and, of course, the punches, kicks and whatever else Statham has in store for his adversaries.

As mentioned above, the mix balances the various sound elements quite well; each aspect is distinct yet powerful and resonant throughout – a great listening experience for action fans. 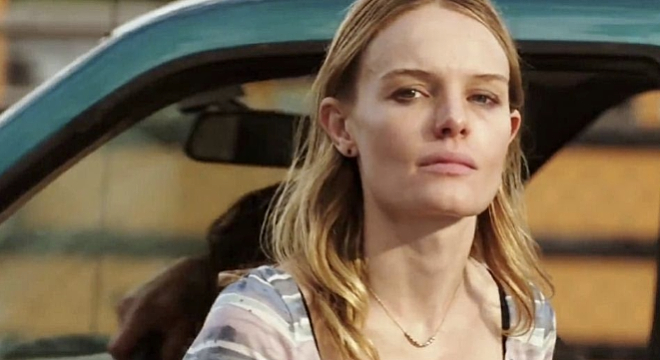 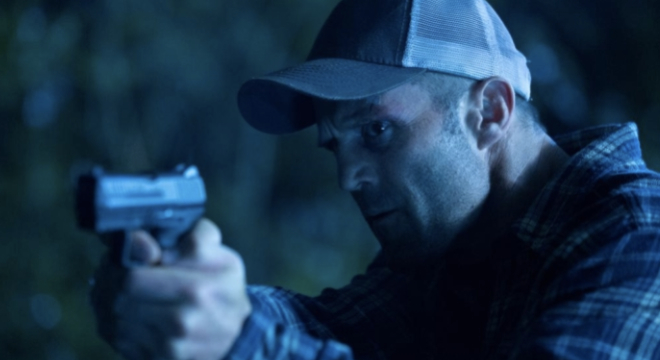 'Homefront' mostly comes off as the kind of action movie standard that simply doesn't fly anymore. The characters are generally flat, but their predicaments flirt with a potentially more complex world that goes utterly unexplored. Statham is fine as, essentially, Jason Statham: Guy Who Kicks People, while James Franco puts up a bizarre spin on the meta-persona he's been cultivating for a few years now. This unremarkable film isn't going to stick with you for much longer than the end credits, but with superb picture and sound, it might make a decent, if forgettable, rental.

Sale Price 18.99
List Price 29.98
Buy Now
3rd Party 39.99
In Stock.
See what people are saying about this story or others
See Comments in Forum
Previous Next
Pre-Orders
Tomorrow's latest releases