JW - once promising Trading College with a big hunger for quick cash. Now, he pays the price; four years in Norrtälje Institution. Prison time is tough but JW has a plan on how he should get out of the criminal world and change your life right. But one day everything changes when a new deadly inmate comes to prison, a man from JW's violent past - Mrado Slovovic.

Before he was known to American audiences as Detective Holder on AMC's (and now Netflix's) 'The Killing,' and before he would become 'RoboCop' in the 2014 remake of Paul Verhoven's action classic, Joel Kinnaman was making a name for himself with the kind of laid-back swagger he brought to his American TV role in films like the 2010 feature 'Snabba Cash' (a.k.a. 'Easy Money'), based on the novels by Jens Lapidus. Of course, now that he's stepped into the alloyed shoes of Peter Weller, taking on the role of Alex Murphy, Kinnaman is poised to – if not breakout as a star – become far more recognizable to audiences around the globe. That increased level of exposure is likely one of the reasons 'Easy Money: Hard to Kill' is being released in the U.S. with little or no advanced warning that it is actually the second entry in the 'Snabba Cash' trilogy.

Whether by accident, or some careful bit of editing, 'Easy Money: Hard to Kill' comes off as immediately engaging, and not necessarily reliant on the audience having seen the previous installment. Undoubtedly, there are elements to the narrative – and especially the various character backstories – that will be more nuanced and carry more weight for those who checked in with the previous chapter, but for those who happen upon this title without having checked into the previous chapter, the story manages to progress quickly, and is remarkably easy to follow.

Stylishly directed by Babak Najafi (who recently made a splash with two remarkable episodes for Cinemax's second season of 'Banshee'), 'Easy Money: Hard to Kill' picks up after once-promising business student JW (Kinnaman) is set to be put on leave from prison, to which he was sentenced for his role in a coke smuggling ring. With its propulsive narrative, the film manages to establish the ins and outs of JW's circumstances prior to being sentenced to prison, by detailing the ramifications of his criminality without necessarily rehashing all the details. Despite being cut off from his friends, family, and former girlfriend Sophie (Lisa Henni), JW is optimistic he can successfully turn his life around, since the one friend still talking to him has set up a meeting with some venture capitalists for a piece of software he'd developed prior to going away to prison. 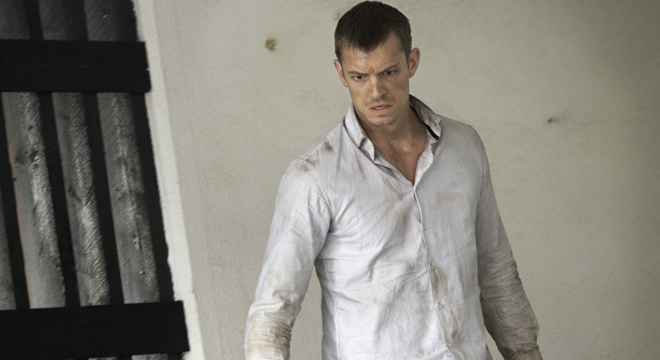 When JW's future goes up in smoke once again, because the shady businessman he's partnered with rips him off, the only recourse is to return to a life of crime. And as JW begins his life outside of prison over once again, Najafi begins to weave in several other threads involving prominent characters from the overall storyline. This reintroduces JW's onetime enemy Mrado (Dragomir Mrsic) and former cellmate; down-on-his-luck drug smuggler Jorge (Matias Verela), who winds up with an unlikely partner; and unreliable career criminal Mahmoud (Fares Fares), who finds himself so indebted to the gangster Radovan (Dejan Cukic), he's tearing his family – and his sister's wedding – apart.

Although he plays a small part in the film, Radovan is essentially the driving force behind the narrative. Because all the characters are being handed their own storylines revolving around Radovan's drug trade, it becomes a waiting game until they eventually run headlong into one another. The wheelchair bound Mrado hits JW up to join him on a risky robbery attempt, while Radovan is leveraging Mahmoud's debt to force him into killing a close acquaintance. Meanwhile, Jorge's newest venture into drug smuggling leaves him in an unlikely partnership with a woman named Nadja (Madeleine Martin), wherein they must learn to trust and rely on one another very quickly, or lose their lives.

As this is just the second entry in an already-completed trilogy, 'Easy Money: Hard to Kill' pushes several of the plot threads as far as they can go, while at the same time leaving others open, to presumably be wrapped up in 'Easy Money: Life Delux' (a.k.a Snabba Cash III). Still, the film – and, particularly Najafi – get some decent mileage out of the various plotlines, by injecting them with some interesting stylistic choices in editing that wrap dialogue from one scene around the image of another, á la Steven Soderbergh's 'The Limey' or 'Out of Sight.' This, along with some invents close-ups and out-of-focus shots manage to highlight points of significance, where perhaps a more straightforward approach might've disregarded an opportunity to infer meaning, and left the film as a more one-dimensional crime picture. When the camera lingers, or the subject drops out of frame for just a fraction of a second, the implication, then, is that the weight of these decisions is not light, and does not necessarily come with reflexive action.

The film's tenet of criminality as an ever-widening maw, gobbling up anyone and everyone foolish enough to seek fortune within the confines of such a bleak existence is exemplified throughout the picture. Sweden is once again the home of the most stark, somber crime pictures around, and despite its heavy reliance on coincidence to wrap the chapter up, 'Easy Money: Hard to Kill' works best when it reinforces some of the more compelling aspects of the country's impeccable productions into the genre. But it would have worked better if the film sought to introduce something new, or integrate another aspect other than the multiple-threads-being pulled-in-the-same-direction technique that supposedly makes a small story somehow feel more epic. Unlike Najafi's techniques the multiple threads only take the narrative so far, however, as the structure of the film leads to the kind of obvious conclusion that seemingly must come whenever a group of men with differing interests get their hands on money and guns. 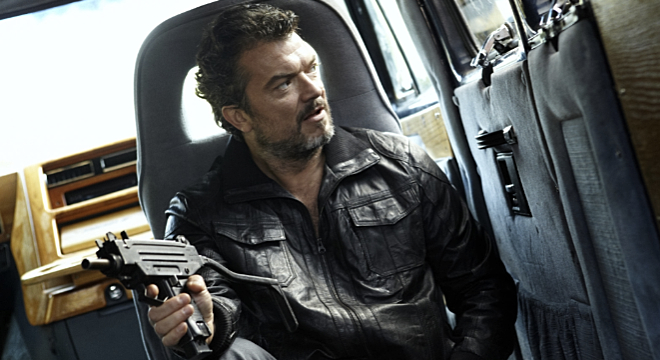 'Easy Money: Hard to Kill' comes as a single 25GB Blu-ray from Cinedigm in the standard keepcase. There are a handful of previews ahead of the top menu, but they can all be skipped. Otherwise, you get the film, and only the film on this barebones release.

The 1080p AVC/MPEG-4 encoded transfer handles the cold, gray tones of the film quite well, affording it a good amount of fine detail, while still maintaining a different aesthetic than your average film. Having a consistent visual tone helps generate a more deliberate sense of place and tenor around the narrative, and Najafi seems to have a considerable grasp on how to pull this off, without it becoming tedious or cumbersome on the story. In that regard, the movie has its own style that looks great, but at the same time doesn't detract from the overall quality of the image.

As mentioned above, there is a good amount of fine detail present, but there are entire shots where detail seems to be intentionally degraded for artistic purposes. Thankfully this works for the most part, and close ups are still filled with a tremendous amount of detail that brings out the finest facial features, and textures on clothing and background elements. Contrast is also high, affording the film some full-bodied blacks that offer defined edges and deep shadows that are free of banding or crush. The film has a deliberate desaturated look to it that pulls most tones toward the same drab gray, but this only works to the advantage of the overall visual appeal of the movie.

In the end, this is a good-looking image where strict clarity is often at odds with artistic intention, resulting in a unique picture that suits its narrative perfectly.

The Swedish DTS-HD Master Audio 5.1 mix is far livelier than the somber tale it's been attached to. Dialogue is quite easily heard – in both the English and Swedish tracks – while sound effects come through with great resonance. Meanwhile, the film's score sounds terrific, but occasionally overwhelms certain scenes, where dialogue or effects could have been punched up a bit more to the benefit of the sequence. Still, the mix employs some superb imaging and directionality that makes great use of the sometimes-frenetic editing that weaves multiple sound sources into a single shot.

For the most part, the mix utilizes the various channels in typical fashion: dialogue is pushed through the center channel, while the front right and left handle the heavy lifting. Rear channel speakers are generally used to generate layers of atmosphere. This works quite well throughout the film, as everything busy restaurants to chaotic shootouts create a truly immersive experience for the listener. LFE is also brought in to better develop some of the heavier elements of the mix, which unsurprisingly have to do with moments of violence. The effect, then, is a mix that understands the necessities of the genre, and delivers a listening experience that presents those expectations with great composure.

Chances are if you haven't yet checked out the first in the trilogy, you'll be best served by doing so before watching this entry. Still, 'Easy Money: Hard to Kill' could work as a standalone film, but that would make an already bleak story feel all the more dreary, and some of the characterizations wind up feeling a little underdeveloped. Joel Kinnaman is his typically engaging yet low-key self, and his presence manages to serve as the grounding force to a film centered on so many disparate plot threads. Furthermore, director Babak Najafi has a keen eye for storytelling, and manages to use form to expand on the material in a way that elevates it over the standard crime drama. With good picture and audio, this movie is definitely worth a look.

Sale Price 13.45
Buy Now
3rd Party 13.45
In Stock.
See what people are saying about this story or others
See Comments in Forum
Previous Next
Pre-Orders
Tomorrow's latest releases