The 1989 horror/spoof Slashdance comes home to Blu-ray thanks to Culture Shock and Vinegar Syndrome. The rental shop VHS favorite is still a goofy fun run even if the satirical blade isn't very sharp. Sourced from the best available video elements, this A/V presentation is as good as can be situsation. Where the A/V presentation lacks, it makes up for some entertaining informative bonus features including writer/director James Shyman's first flm Hollwood's New Blood! This will cater to a pretty specific audience so check it out if you’re curious but it really is For Fans Only

A serial killer is on the loose targeting young women trying out for their big break on stage. Now it’s up to the best and sexiest undercover cop in Hollywood Tori Raines (Cindy Ferda) to crack the case. Not only will she have to audition like every other girl, but she needs to give her best performance to join the company and find the killer lurking in the shadows behind the curtain. 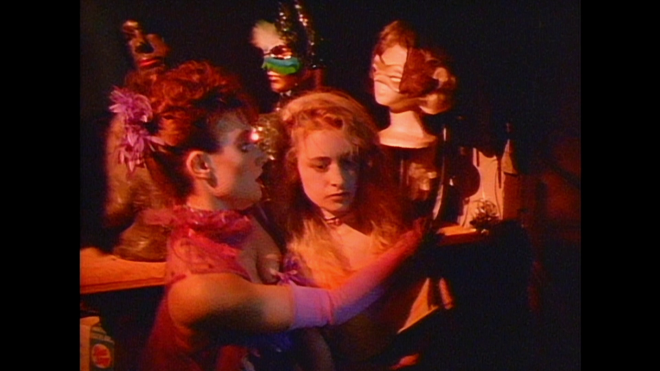 When I was a much younger man, my teenage friends and I made it a point on a Friday night to find the worst of the worst hits on VHS we could find. We had an amazing rental shop in town that had nearly 10,000 titles available with the back catalog going for 6 tapes for $5. Action, science fiction, westerns, horror movies - old forgotten tapes of rental store fodder were our bread and butter. Some movies we thoroughly enjoyed and would frequently revisit. Other movies were incredibly difficult to get through. Slashdance was one of those movies that was a chore in places, but its tongue-in-cheek sense of humor salvages is enough to make it an entertaining and watchable venture. 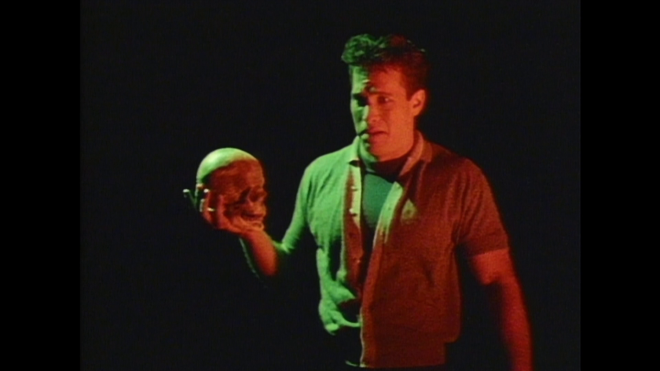 The film doesn’t manage horror/comedy very well; it often slips too far one way or the other without being able to completely pull off the genre hybrid. The film is picking at the glut of 1980s slasher movies while also taking aim at the performance movies of the era like the obvious title wordplay Flashdance but other favorites like Breaking and Dirty Dancing among others. The film makes a couple of solid stabs at low-budget horror, the opening kill is pretty good, but the funniest piece is the audition sequence that plays more like a Jane Fonda workout video. Best movie ever made? Oh no. A lot of fun if you just turn off your brain and go with it? Hell yeah! To cap it off, director James Shayman’s first film (and it’s a hoot unto itself) Hollywood’s New Blood is in the bonus features. Invite some good friends, crack some decent beer, reheat some pizza, and fire up both flicks for a fun double feature! 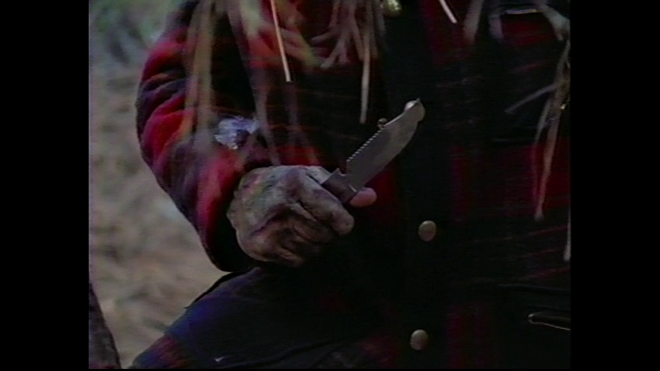 Vital Disc Stats: The Blu-ray
Slashdance comes home to Blu-ray thanks to Culture Shock with a limited edition release from Vinegar Syndrome. Pressed on a Region Free BD-50 disc, the disc is housed in a clear case with reversible insert artwork. If you order from Vinegar Syndrome you pick up a slick exclusive slipcover. The disc loads to an animated main menu with traditional navigation options. 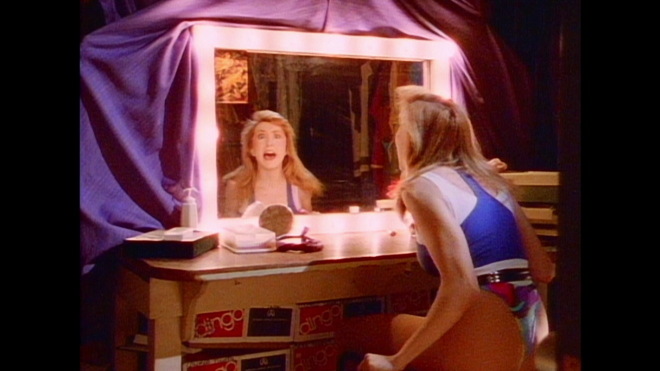 Slashdance and Hollywood’s New Blood come to 1080p Blu-ray sourced from new HD up-res transfers of their original 1” video masters. The results are about what you can expect from an 80s video source. You’re not going to get pristine details or sharp accurate colors or solid deep black levels. Each film enjoys a “good as can be” 1.33:1 transfer. If you have this squirreled away somewhere on VHS, no doubt this should look better considering it’s sourced from the actual tape master and hasn’t been abused by decades of rentals, but don’t expect a big visual masterpiece for either film. Worth noting for Hollywood’s New Blood, there does appear to be some slight frame clipping every few minutes, and only lasts for a second or two. Nothing seriously distracting, but it’s there. 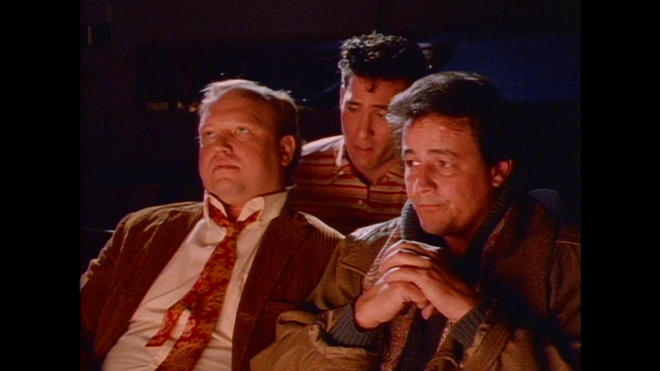 Both Slashdance and Hollywood’s New Blood arrive with decent DTS-HD MA 2.0 audio tracks. Like the video transfers, these audio mixes aren’t going to light the world on fire, but they’re serviceable and get the job done. Dialog for both films is relatively clean and clear, there’s still some of that classic hollow recording quality to each mix. Atmospherics don’t really come to life - not that the locations of either film call much attention in that regard. Covering the basics, these tracks get by. 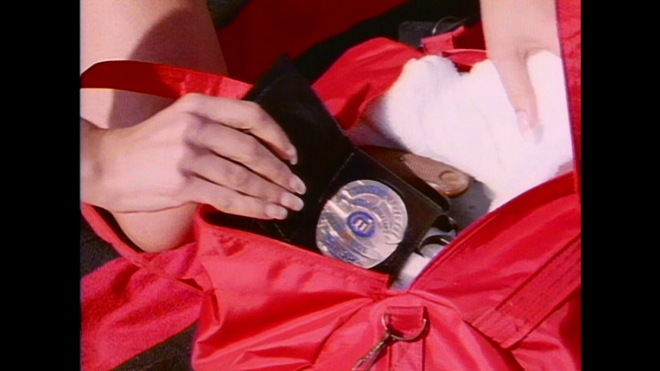 With a pair of goofy rental shop “classics,” I’m impressed Culture Shock managed to dig up a fun and informative range of bonus features with this release. The audio commentary with James Shyman is a worthwhile listen as is the very entertaining track from Hack the Movies podcast hosts Tony and Johanna. Add in some extra interviews and you have some worthwhile content to dig into on top of Hollywood’s New Blood. 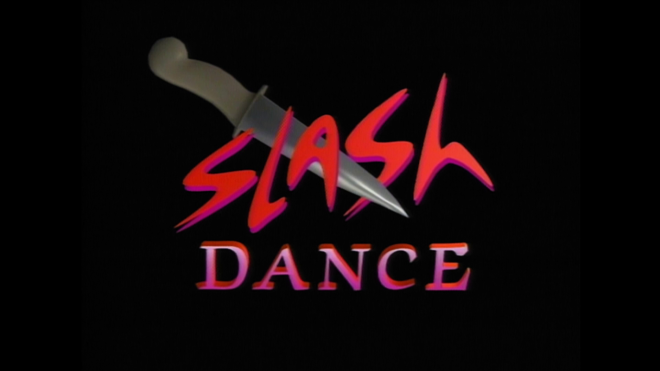 Are there better movies out there than Slashdance? Sure. But "better" is not the point of this show. This movie was an 80s video store gem made at a time when rental shops desperately needed content they could easily sell. A parody of the overly dramatic performance movies of the 80s and the equally numerous slashers, this film knows it's in on the joke from the first moment. You can either laugh with it or at it, but the humor is intentional. Whether or not it's your brand of humor is another consideration altogether. Culture Shock with Vinegar Syndrome delivers a pretty damn good Blu-ray release for director James Shyman’s Slashdance and his first film Hollywood’s New Blood. Sourced from the original 1” tape masters these films hardly sparkle given the source format limitations, but they’re watchable with decent audio and there are some great bonus features worth picking through. If you’re a fan of vintage schlock, keep an eye out for Slashdance - For Fans Only.