Satire is a tricky balance of pointed observation and humor. It can be all the more challenging when the topic being satirized stirs a lot of deep passion and divided personal politics. Say, a pandemic, for example. Project Space 13 from Michael M. Bilandic takes a pointed look at art culture through the hysteria-driven lens of the COVID 19 pandemic. Perhaps a little too absurd at times, but it’s a refreshing look at the mania many are coming out of and some still live in. Now on Blu-ray from Circle Collective and Vinegar Syndrome featuring a solid A/V presentation and a fine assortment of bonus features. For the curious, this one is certainly Worth A Look

As the pandemic rages on with all social norms falling apart and the government on the brink of collapsing - one man’s performance art installation must be preserved! Confined to live in a cube surrounded by tech and only fed by a robot, Nate (Keith Poulson) has stayed protected from the pandemic through attrition. No one comes near him so no virus can get him. But as the city collapses two rent-a-cop security guards Ace (Theodore Bouloukos) and Evan (Hunter Zimny) will spend the final night of the installation preparing for the worst eventualities as the world outside falls apart. 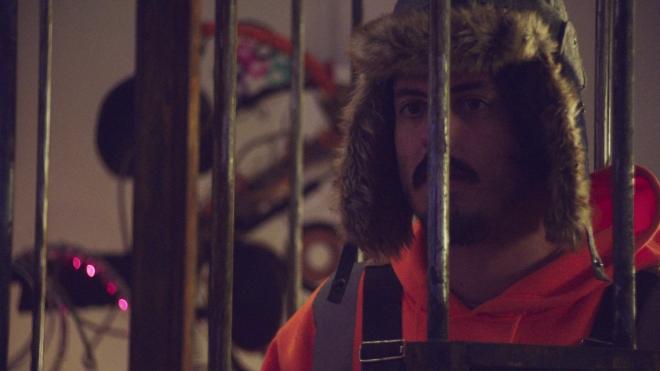 Satire is a tricky business. You need to be able to take a topic that people can be deathly passionate and opinionated about and poke it in the eye. When done right you can have a hell of a show. When done poorly you can get something of a slog. Thankfully Michael M. Bilandic’s Project Space 13 hits more than it misses. It might stretch the absurdity levels a little too far to effectively land the satirical jabs, but it can be equal parts terrifying and hilarious, often in the same scene.

At a little over an hour, Project Space 13 moves with ease. Gets in and gets out without making a lot of fuss. Most of the action is confined to the art gallery setting so we don’t get to see a lot of the worldwide chaos unfolding around them. But that’s actually okay because you know what? We’ve already collectively lived through that mess and in various corners of the world it’s still going on! The highlight scene for me is when Nate, Ace, and Evan all talk about what’s happening and start restating rumors and hearsay as fact. Or when genuine facts are presented to them, one of them counters with an argument that is so stupid it can’t even be logically addressed.

That’s where the humor of Project Space 13 ends and the terror starts to seep in. We’re still in that mode where people read a misleading headline or a BS social media post and restate the point like they read the whole article. Or worse, they “do their own research” which isn’t research at all but scrolling their phones.

On the whole, this was a solid little flick. Short and to the point but a good work of satire. My lone gripe is some of the settings and staging and conversational points are a little too absurd - but then if you turn on your TV these days it’s not that far off the mark. And that’s what’s scary when people stop actually talking rationally to one another and everything becomes a hot-button topic that’ll send the room into a rage.

Vital Disc Stats: The Blu-ray
Project Space 13 arrives on Blu-ray from Circle Collective and Vinegar Syndrome in a single disc release. Pressed on a Region A BD-25 disc. The disc loads to a standard menu with simple navigation options. Also included is a booklet with photos and an essay from director Michael M. Bilandic. 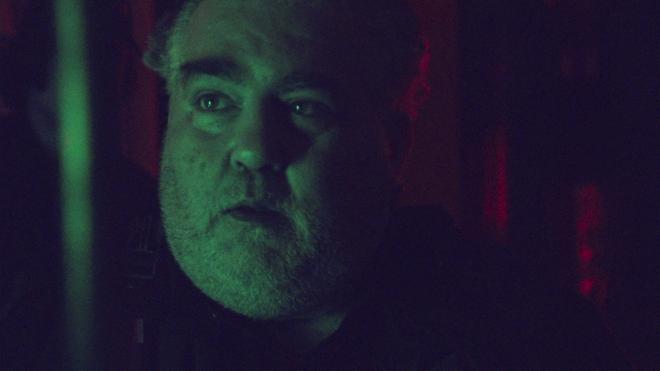 Project Space 13 arrives with a solid 1.85:1 1080p transfer. Well detailed, the image has the overall haziness quality of a digitally shot production. Facial features, costuming, and all of the wild tech details of the art installation are on display. Colors are overall decent, offering up fine primaries but at times they can skew a bit soft and unnatural depending on the lighting. Black levels are on the hazier gray side without a lot of deep inky blacks to work with but Image depth is still present for a nice dimensional image. Some video noise crops up here and there but nothing too serious. 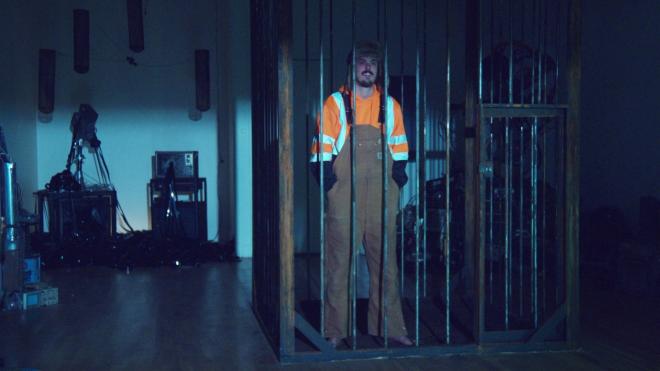 This disc also sports an effective DTS-HD MA 5.1 track. Dialog is well rendered and scoring is carefully applied without overpowering the mix. Even in confined spaces, surrounds are active and well utilized giving a welcome sense of space and atmosphere to the art installation set. The bulk of the mix is carried by the front/centers but there are some creative uses of elements to keep the surrounds working. 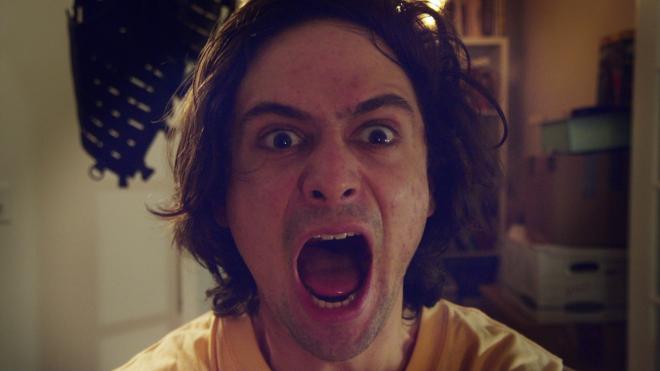 A fine collection of interesting bonus features has been assembled for this release including an audio commentary with Michael M. Bilandic and crew, some cast interviews, and a Q&A session from the New York premiere. 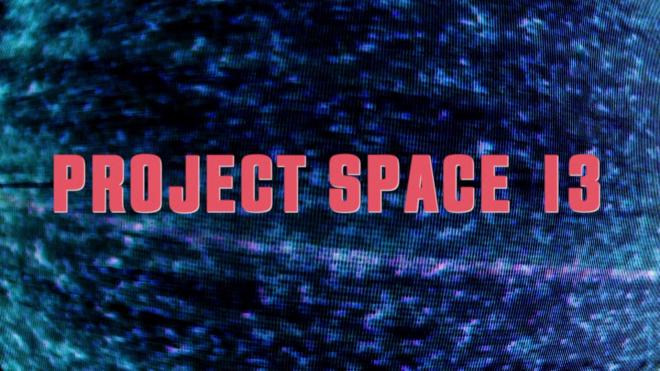 For a flick apparently shot inside of a few days, Michael M. Bilandic and his cast and crew craft an effective little satirical thriller with Project Space 13. It might be a tad on the ridiculous side of things but it also manages a pointed and grounded look at how people handled the pandemic. Short and to the point. If it wanted to be deathly serious this is the perfect setup for a potboiler thriller! Circle Collective and Vinegar Syndrome have partnered to bring Project Space 13 to Blu-ray. Given its low production cost and shooting style, this disc manages a respectable video transfer, a clean audio mix, and a nice assortment of bonus features. It might not appeal to everyone, but for the curious, it’s certainly Worth A Look