The Shaw Brothers produced martial arts films that flit across many genres, but the shocking horror of Hammer Studios and American slasher films find their high-flying home in Chung Sun’s 1982 martial arts entry Ren pi deng long, also known as Human Lanterns. This bold and brash kung fu actioner arrives on Blu-ray for the first time ever in the US, UK and Canada from 88 Films with a great new HD transfer from the original negative and a handful of supplements to satisfy martial arts fans. Recommended!

While the auteur theory is frequently applied to describe clear aesthetic touches and narrative movements that frequently appear across a filmmaker’s works, it’s not a working theory that’s easily applied to every film industry in the world, especially when it comes to the Shaw Brothers and their incredible run of producing the best in martial arts films in the 1960s to the end of the 80s. That being said, director Chung Sun certainly left his mark on many Shaw Brothers productions, as he pioneered the use of Steadicam; a technique that would enable the high-flying action of martial arts to reach even bigger heights. One of Sun’s grand achievements was his slasher-inspired, genre-hopping Human Lanterns.

Back in 1982, the American slasher was really enjoying its heyday. So much so that different studios across the world would incorporate slasher tropes in their own productions to make more money. That influence even spread to Shaw Brothers Studios, who was no stranger to horror-tinged productions, but few are as vibrant and capable of amalgamating standard HK kung fu fare with shocking gore as Human Lanterns. The film has a pretty simple set-up: a long-running rivalry between wealthy-but-arrogant Master Lung Shu Ai (Tony Liu) and the cocksure Master Tan Fu (Chan Kuan-Tai) is exacerbated when the prestigious local lantern festival approaches. The duo vow to make the best lantern, with Lung turning to the best lantern maker in the province, the hermit Chao Chun-Fang (Lo Lieh). Little does Lung know, he spurned the lantern maker many years earlier, leaving them with a facial scar. Now, Chun vows to get his revenge.

Donning a monkey costume emblazoned with red hair, sharp metal claws and a genuinely unsettling monkey skull mask, Chun eagerly starts assassinating people closest to Lung. And in classic Wuxia fashion, the killings are believed to be committed by the rival, pushing the duo of respected masters to their respective breaking points and forcing them to war. The film is filled with those classic bright costumes, lush production design and high-society plotting we usually attribute to Shaw Brothers productions in the ‘70s, but they’re frequently upset by the scenes of graphic violence. The killer in question here is gleeful, taking great pleasure in flaying the skin off of his victims to use for his lanterns, then pouring hot metal into their wounds to stave off their death for long enough to do more flaying.

The film’s greatest weapon may be Chung Sun himself, as the filmmaker always had a style that was able to pull back just wide enough to showcase all of the incredible stunt work on display. You can see it in various scenes throughout; specifically, look at the way each scene starts and finishes. Usually, there’s a main focal point to start, then the camera pulls back and follows the movement of the characters. But in the torture sequences, the editing is more jagged and the camera movements more assaultive. The horror influences are creeping into both the story and the frame, creating this dissonance between the classic Wuxia feel and imported style that feels incredibly thrilling.

Human Lanterns is one of my all-time favorites from the Shaw Brothers cycle and is poised to shock audiences both new and old. You’d be remiss not to check this film out if you’re a fan of martial arts, especially from the ‘70s and ‘80s. 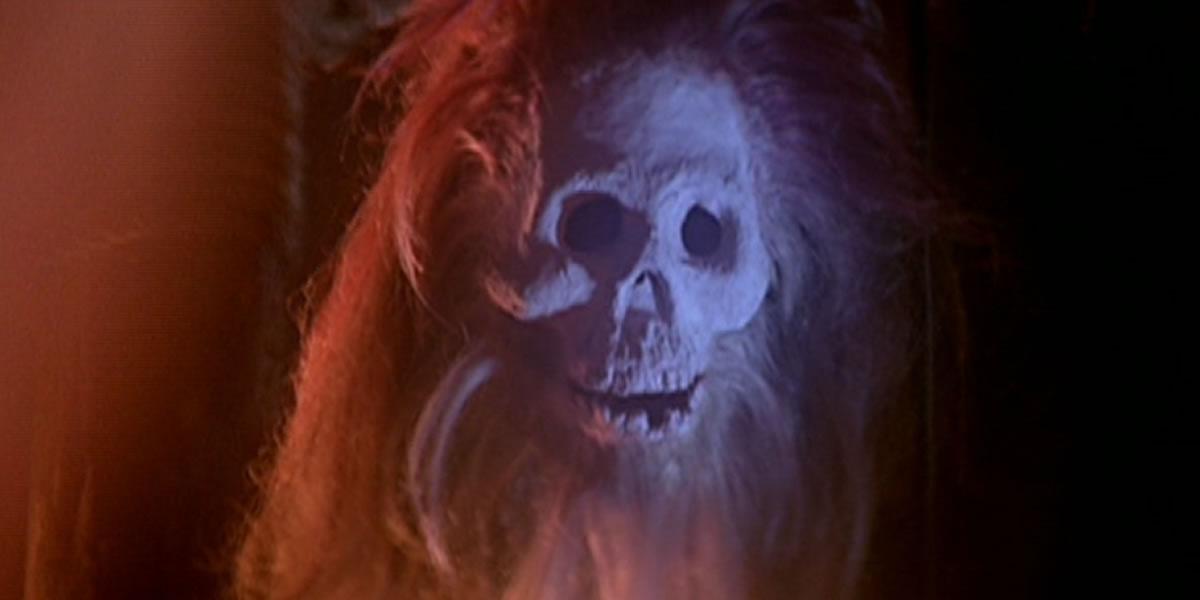 Vital Disc Stats: The Blu-Ray
Ready to slice, dice, and shock in 1080p, Human Lanterns arrives in a single-disc Blu-ray release from 88 Films. The BD-50 disc included houses the feature and supplements, while the clear case offers both an essay booklet and reversible sleeve art featuring the original Hong Kong poster and new artwork by R.P. “Kung Fu Bob” O’Brien. The case comes in a limited-edition slipcover with the artwork by Kung Fu Bob displayed, plus a reversible poster with both artworks is included.

Human Lanterns arrives on Blu-ray for the first time ever in the US, UK and Canada with a new HD transfer sourced from the original negative that’s rather pleasing given the meager description of the new transfer. As is custom with many Shaw Brothers productions, you’ll see grain fluctuate between different sequences with brightness fluctuations creeping in as well, but the new transfer does a capable job of making it all look coherent. Some may critique the presentation for being a bit too bright, especially in the horror-focused sequences, yet this is without a doubt the best the film has ever looked. Contrast and black levels are terrific throughout.

The DTS-HD MA Mono Mandarin track should be approached with a bit of kindness, as the high-end of the film’s soundscape (and many other kung fu entries) can be rather harsh at times. You’ll notice these harsher notes during the loudest effects, like when lightning rips across the sky or a woman gets brutally tortured by Chun. That being said, dialogue is clear and the score has that vintage textural feel that’s inherent in many Shaw Brothers productions.

88 Films has been absolutely killing it with their martial arts titles lately, and Human Lanterns is no exception to the rule. This Blu-ray comes with a handful of special features that better illustrates Shaw Brothers Studio during the ‘70s and ‘80s than giving direct context to the film. Specifically, in the new interviews with Susan Shaw and Linda Chu, the focus is more on their careers as a whole rather than just during the production of Human Lanterns. That doesn’t take away from how insightful the interviews are, but it’s certainly worth noting. The interview with Lau Wing also has some terrible audio, as noted by a title screen in the beginning of the feature, which is especially depressing given the interview is nearly an hour long.

Human Lanterns is a whacky and wild entry into the kung fu genre, but it remains one of the greatest cult films from the Shaw Brothers cycle. 88 Films has really done a great job at releasing the film. And even though the transfer could probably be better with a proper restoration, there’s so much for Wuxia and kung fu fans to enjoy in this package. Recommended!