The crime caper mystery flick Last Looks sees retired cop Charlie Hunnam playing private eye as liquored up television star Mel Gibson is on the hook for murder. While a fun Whodunnit - the film tries to be other crime caper films we’ve already seen and loved when it should be trying harder to be its own thing. A great cast with some clever turns in the screenplay salvages the show for an enjoyable ride. RLJE delivers Last Looks to Blu-ray with a decent video transfer, an excellent audio mix, and only a slim behind-the-scenes bonus feature - Worth A Look

Charlie Waldo (Charlie Hunnam) is a former star LAPD homicide detective that gave up the life to live off the grid in peace and quiet. When uber-famous television star Alastar Pinch (Mel Gibson) is accused of murdering his wife, Charlie’s old flame Lorenna (Morena Baccarin) woos him into investigating the crime. From famous criminals to former cops - no one wants Charlie sticking his nose in things - which makes Charlie suspicious nothing is what it seems and question who he can trust. 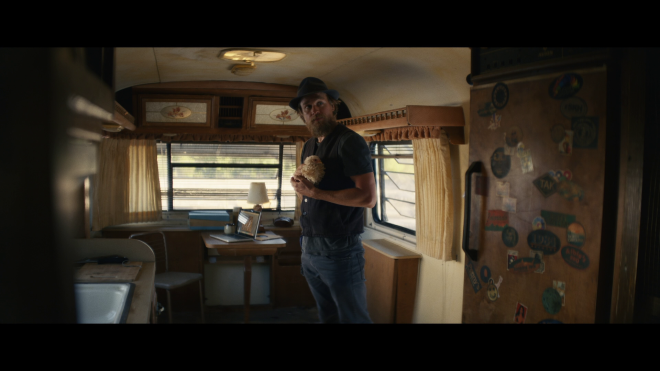 Between Knives Out and Kenneth Branagh’s time as Hercule Poirot, the Whodunnit murder mystery is starting to have a nice little resurrection. Not to suggest the genre ever really went away, but we’re now starting to get quite a few welcome high-profile flicks to check out. Another one to the growing list of recent additions that flew under the radar with a limited release is Tim Kirby’s Last Looks. With a screenplay by Howard Michael Gould, the film has the clever workings of a typical whodunnit murder mystery and manages a few fun surprises setting the story in Hollywood where anyone would have a good reason to kill.

The problem is this film just feels like a lot of comedy/crime caper flicks we’ve already seen. From the over-the-top colorful characters to the numerous red herring plot threads, I often felt like I was watching a film that was trying way too hard to be Elmore Leonard than doing its own thing. Full sequences feel lifted right out of Get Shorty and other films and novels of that type. That isn’t to suggest this isn’t an entertaining movie. I had a very good time with it but there are patches and threads that are a tad dodgy and don’t quite come together. But there are enough fun twists and surprises to make it a worthwhile run. 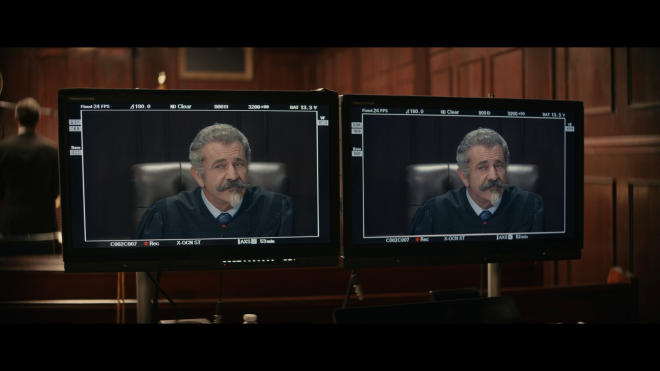 Charlie Hunnam works well as a detective. He’s smart but not too smart. He’s never someone who appears or acts like he’s the cleverest man in the room. He notices key things but doesn’t see the full picture but at the same time isn’t so stupid that he’s easily hoodwinked. Mel Gibson shines as the drunkard actor Alistar Pinch and often steals the show with his boozy demeanor and goofy posh British accent. It’s nice to see Mel have fun in a movie again, like in Fatman, there’s that old entertainer twinkle in his eye again that we've rarely seen since is personal troubles dominated headlines. The rest of the cast including Method Man, Clancy Brown, Rupert Friend, and Morena Baccarin play their character’s intricate traits nicely.

Last Looks is hardly a groundbreaking entry in the world of Whodunnits but it’s a welcome addition to the fun little subgenre. This great cast, some slick turns with the screenplay, and energetic direction keeps the film from coming unglued. For a flick that clocks in at less than two hours it keeps things light and entertaining without overcomplicating its quest.

Vital Disc Stats: The Blu-ray
Last Looks arrives on Blu-ray from RLJE in a single disc release. Pressed on a Region A BD-25 disc, the disc is housed in a standard sturdy case with identical slipcover artwork. The disc loads to trailers for other RLJE releases before arriving at a static image main menu with traditional navigation options. 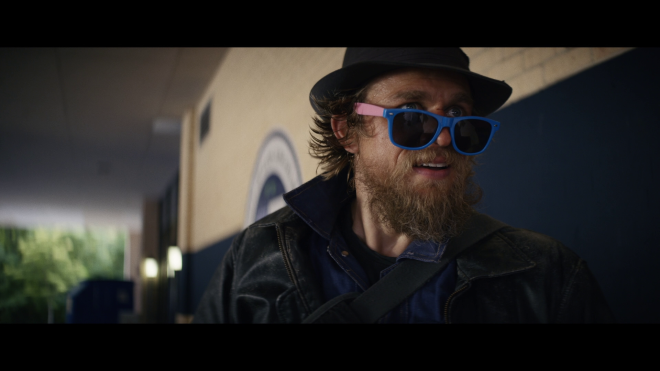 Last Looks arrives with a decent but marred 2.39:1 1080p transfer. There’s a lot of stylized photography at play featuring numerous near-focus shots that can be a bit jarring, but since it's a recurring thing it’s obviously intentional. Details are strong throughout giving you full appreciation of facial features, the many beards in this film, and costuming. The main issue with this transfer is the compression used to squeeze it down. The low bitrate suffers in night scenes or whenever there are lots of shadows creating some unsightly artifacts and microblocking. A scene where Charlie drives Alistar to pick up his daughter from school is a notable example. Image depth is also a bit on the flat side. Colors are on point with some lovely primaries. 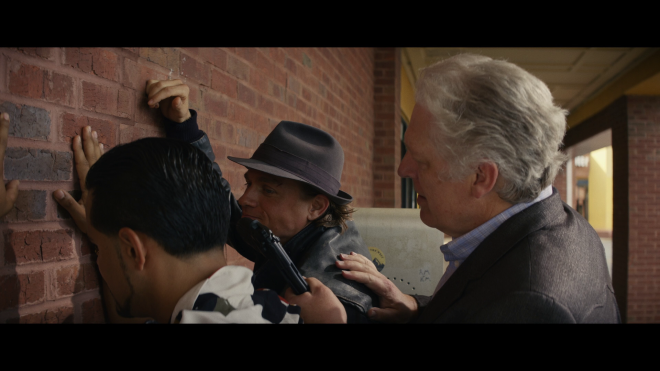 Good news for this presentation is the DTS-HD MA 5.1 audio mix. Dialog clean and clear throughout without issue. Surrounds are almost always engaged so even in the quietest moments there’s still plenty of side channel activity to keep the mix active and moving around the soundscape. A few scenes in loud bars kick up a nice little LFE rumble in the subs. While the film is more dialog focused there’s a lot going on so that the mix doesn’t just sit and rest in the front/center channels. 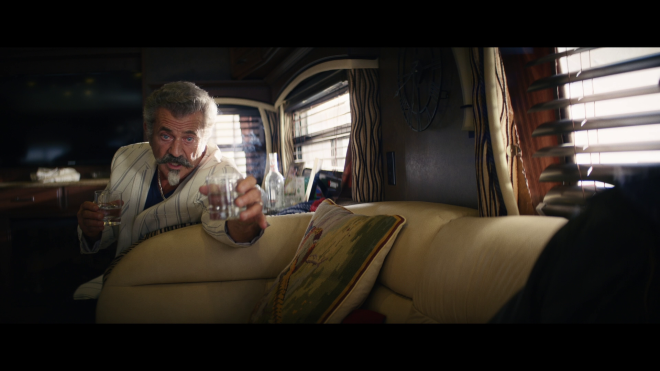 Unfortunately bonus features are pretty slim pickings. All we’re getting here is a very brief making-of that’s mostly your typical talking head “what attracted me to the role yadda yadda” material. 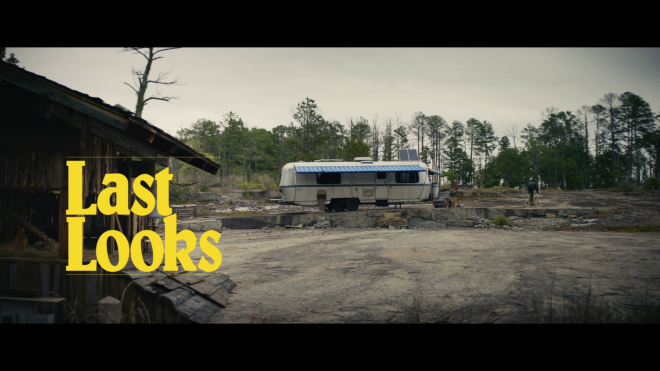 If you’re looking for some easy on the eyes entertainment, Last Looks is a worthwhile way to spend the time. A fun cast with a clever script keeps the film from becoming a run-of-the-mill predictable mess of a whodunnit and offers up enough smart twists and turns to keep your attention. It might struggle from trying to be other films in the annals of entertaining crime cappers, but it does enough to still feel somewhat fresh. Hunnam and Gibson proved to be fun cohorts making you wish this had been something closer to a buddy-cop outing for the pair to give them more screentime together. RLJE delivers a decent disc for Last Looks, the video transfer suffers from some compression issues but the audio mix is dynamic and engaging. All around Worth A Look