Series finales have a long history of disappointing their viewers -- who can forget the controversy and debate that followed the bows of 'Quantum Leap,' 'Seinfeld,' and 'M*A*S*H'? This summer, 'The Sopranos' six-season run enraged fans when it ended with a bang -- not from a gun as most expected, but from the sudden silence of a blank screen.

As I discussed in my Blu-ray review of 'The Sopranos: Season Six, Part One,' the first part of the final season concluded with a veritable calm before the storm. The Soprano clan had a brief moment of peace around a warm holiday dinner and things seemed as if they could turn out well for our loveable criminals from Jersey. Tony (James Gandolfini) had emerged from his coma, Christopher (Michael Imperioli) was working to fix his life, and Carmela (Edie Falco) was finally coming to terms with the consequences of her husband's actions.

As 'The Sopranos: Season Six, Part Two' begins, the family's glimpse of happiness shatters and leaves them reeling. AJ (Robert Iler) is slowly succumbing to depression, Meadow (Jamie Lynn Singer) begins to realize the danger of her father's lifestyle, and Uncle Junior (Dominic Chianese) is fading away in a nursing home. As if these personal dramas weren't enough, Tony has to deal with the war between the Soprano organization and the New York mafia, frustrations with his psychiatrist (Lorraine Bracco), and the disloyalty of key captains in his inner circle.

Let me begin by addressing the final episode, which has proven itself to be a love-it or hate-it affair that clearly disappointed many viewers. I have to admit to being furious about it myself at first, but upon further reflection I've come to believe that it was the perfect way to end the series.

That's not to say that I loved this half-season. In fact, overall I found it quite disappointing. Not only is it inconsistently paced, but plot threads aren't just left open, they're mostly ignored, with many of the storylines and character arcs left up in the air. I'm not naive; I know it would be impossible to tie up every loose end, but is it too much to ask for some sort of thematic resolution to the ideas weaved throughout the series? 'The Sopranos' spent six seasons posing intriguing questions about morality, family, and the things that separate men from monsters. In its final season, the series offers precious few answers, a handful of theories, and mostly just surface-level observations about the very questions it had raised for so many years.

But the thing that bothered me most was that the majority of deaths in these nine final episodes feel more like a chore for creator David Chase than they do shocking, logical beats in the overall story. Only one death managed to register with me as both brilliant and heartbreaking (an assassination in a certain hobby store). Another murder (when Tony chooses to dispatch a close friend with his own hands) should have hit me square in the chest, but it occurs so early on that it lacked any substantial emotional core.

And those are just two of the main characters. Chase spent six tireless seasons developing his actors and molding their individual arcs. So how does he send out fan favorite supporting characters? In the most clichéd ways imaginable. There are no surprises, no twists, and no unseen demises -- everything is obvious and inevitable. I could sense Chase placing the crosshairs on a character a half an hour before they died. Likewise, the mob war fizzles out without much oomph as most of the characters spend a large part of the "war" in hiding. I can't help but get the impression that Chase simply ran out of steam this season -- the final episodes feel like a mid-season collection rather than a methodically plotted climax for a series.

Having said all that, I should mention that many fans and critics alike feel differently, and thoroughly enjoyed it all. I think one possible source of my distaste may be that I watched Part One months before I got to Part Two. Whereas Part One felt like a complete season to me, Part Two failed to stand on its own. Perhaps if I'd watched all twenty episodes back to back for the first time, I would have felt a greater crescendo in the latter part of the story. As it stands, I didn't feel any proper build up to heavy-hitting moments -- they seemed to come too early and arrive with too little fanfare to impress. I'm definitely interested in hearing the opinions of viewers who are able to watch the two parts of this season for the first time as an uninterrupted whole.

To my eyes, 'The Sopranos: Season Six, Part Two' is a weak farewell for a groundbreaking criminal epic. Although I ultimately came to appreciate the series' controversial final scene, I just wasn't thrilled by the plotting and meandering character development that preceded the show's famous cut to black. 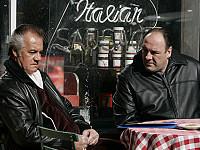 Warner continues to give 'The Sopranos' the royal treatment in high definition as the second half of season six arrives on Blu-ray and HD DVD with identical 1080p/VC-1 transfers that put other television presentations to shame. Color vibrancy and saturation receive the most noticeable boost over the HBO HD cablecast -- skintones are natural, black levels are heavy and contrast is comfortably stark. Fine detail is exquisite and crisp textures make the criminal underworld of New Jersey and New York feel appropriately earthy. Low-lit scenes (of which there are plenty) don't hinder the image, and shadow delineation reveals details that were lost during the show's original run on HBO.

Daytime shots on the streets or in Tony's backyard look phenomenal. As I wrote in my review of the first half of the season, the illusion of depth in long shots is particularly impressive -- words on distant billboards are crisp, clothing details on background extras are sharp and hordes of leaves are perfectly rendered. In one memorable scene set at the family pool, notice the tiny ripples in the water, the textured edges of the diving board, and the individual blades of grass around the concrete patio. It's simply flawless.

That's not to say that other aspects of these episodes are without minor problems. As was the case with the first half of the season, darker locales (including Tony's "Bada Bing" strip club) are occasionally haunted by hazy pixelation. I also caught slight instances of artifacting during random flashes of gunfire. Neither of these issues are a distraction, but more sensitive viewers will spot each problem once or twice per episode. That being said, this remains an excellent transfer that reaches technical heights other series have only imagined. 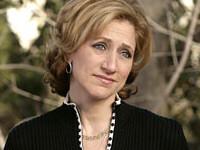 The final episodes of 'The Sopranos' arrive on Blu-ray with an impressive uncompressed PCM 5.1 surround track that's indistinguishable from the equally formidable HD DVD TrueHD mix. Dialogue is crisp, the soundfield is wonderfully prioritized, and the audio is faithful to the natural recording methods of its source. Music (especially the songs that appear at the end of each episode) once again opens up the soundfield with stability and intensity.

Boasting sound design that more closely resembles a film than it does a typical television show, I found myself caught off guard on more than one occasion by sudden dynamic bursts in the soundscape. Gunfire and blunt impacts resonate deep within the soundfield and add weight to the on screen drama. Bass booms are hearty, natural, and firmly rooted in the LFE channel, and I never encountered any effects or dialogue that sounded shallow or hollow. Likewise, interior acoustics, environmental effects and ambiance all help establish the authenticity of each scene.

My only minor complaint is that the rear channels aren't used as thoroughly as they were in previous seasons. While I'm guessing this has more to do with content of this half season than anything else, the result is fewer standout audio pieces in this release. That being said, this audio package remains technically superior to most other television shows released on either format and is sure to please fans of the series. 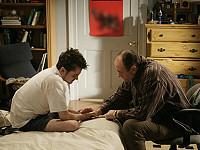 This Blu-ray edition ports over all of the supplements from the concurrently-released standard DVD set. Alas, those expecting a grand supplemental send off for the groundbreaking series will be disappointed. Though we do get a handful of treats, none explore the show's impact in any significant way. 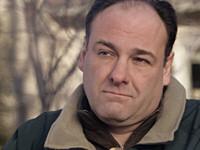 Though opinions differ on the concluding episodes of 'The Sopranos,' one thing's for sure -- if you haven't experienced earlier seasons of the groundbreaking series, this isn't the place to start.

As a Blu-ray release, this one certainly delivers on the bottom line, boasting a gorgeous video transfer and a robust PCM audio mix. I personally found the slim supplements package to be a bit arbitrary, but more disappointing than that is the high cost of this release. At a suggested retail price of $129.95 for just eight episodes, it's hard not to feel that fans are being fleeced with this release.