The latest in the ever-growing line of shark flicks The Requin barely takes a bite out of the usually entertaining sub-genre. This rather cheap looking production features a great turn from Alicia Silverstone as she tries to save her wounded husband while they’re adrift after a freak storm. Often unintentionally funny, the over-the-top climax delivers the viscera but it's probably too little too late for genre gans. The transfer is pretty weak with all the CGI trickery employed, the sound is solid and the audio commentary is worth giving a listen for the very curious. If you’re hungry for a new shark movie, don’t stop to eat here, there are more wholesome options out there. Skip It

After losing their daughter at birth, Jaelyn (Alicia Silverstone) and Kyle (James Tupper) are on an exotic romantic getaway to reconnect and figure out their relationship. But for their seaside jaunt, they went in the off-season to save a few dollars. When a freak monsoon storm washes their ocean bungalow into the sea, Kyle is left with a broken leg as Jaelyn struggles to find a way to signal for help. After a bottle of water catches their raft on fire (seriously), the two are stuck on thin floating debris - in an ocean filled with sharks… or rather CGI sharks and a lot of stock footage. 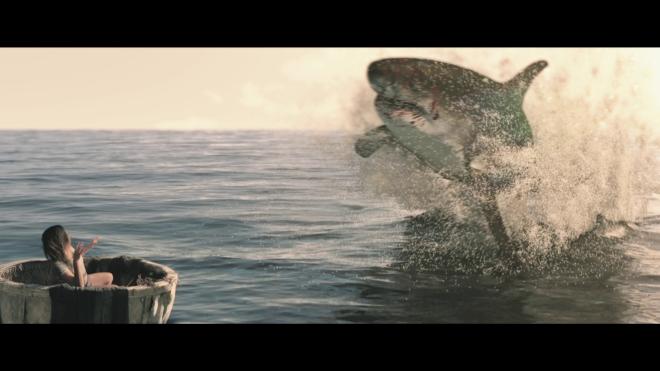 If there is one horror sub-genre I give a lot of rope to, it is Shark Movies. I cut them a lot of slack because after movies like Jaws the Revenge, Deep Blue Sea 3, 47 Meters Down: Uncaged, and Bait 3D, I have a gnarly sweet tooth for squalas-on-human carnage. Even if the movie is terrible, I’m usually satisfied, and rarely am I disappointed. Sadly The Requin barely even counts as a shark movie for the majority of its runtime. When the shark doesn’t even show up for over an hour and then lasts for only a few moments, you can’t really call it a shark flick. A burst of bloody carnage and inventive use of a boat motor almost salvages this beast. By then any earnest attempt at a survival movie has given way to ridiculousness VFX viscera.

Where I had hope for this movie was with Alicia Silverstone and her character Jaelyn. It’s a trope that at least one of the main cast is going through some sort of survivor trauma and must undergo more trauma to become a whole strong person again. But here, it’s postpartum PTSD from a traumatic birth where the child didn’t survive. Now that is an interesting angle for a shark movie and Silverstone does a magnificent job with this weighty material. James Tupper as Kyle does a great job as the caring husband who just doesn’t know what else to do anymore. So on that note, the setup is pretty terrific.

When the main survival movie starts, that’s when The Requin meets Davy Jones’ Locker. The movie already had a tough time using a lot of green screen trickery to sell the idea that our couple is in an actual exotic location and not apparently at Universal Studios in Florida where this movie was supposedly shot. Too bad the old Jaws ride isn’t going or they could have used that for some realism! When Jaelyn and Kyle are swept out to sea in their little bungalow hut, not a single moment is convincing and every plot point is a cliche. I guess I’ll give them marks for the originality that our couple manages to burn their raft into the ocean with a water bottle, but this just isn’t worth the time with the toothy payoff of some shark-on-human carnage left as an afterthought. There are other better mediocre and slightly entertaining shark movies out there you can spend that 90-minutes with.

Vital Disc Stats: The Blu-ray
The Requin arrives on Blu-ray thanks to Lionsgate. Pressed on a BD-25 disc, the disc is housed in a standard sturdy case with slipcover artwork. The disc loads to an animated main menu with traditional navigation options. 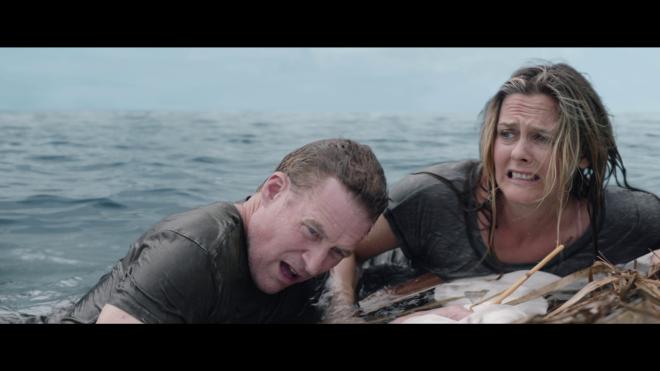 The Requin arrives on Blu-ray with a pretty dodgy 2.39:1 1080p transfer. When our cast was shot in front of real locations and scenery, the image looks quite good. Unfortunately 90% of the time you can tell that windows, doorways, and backgrounds are VFX composites - and they’re not all that convincing. When the image is 100% real, it looks quite good, but that’s not often here. When our CGI creatures of the deep blue sea do show up, it’s pretty rough and the few shots of real sharks are thanks to some obvious stock footage. Short version, this really isn’t a great-looking movie. 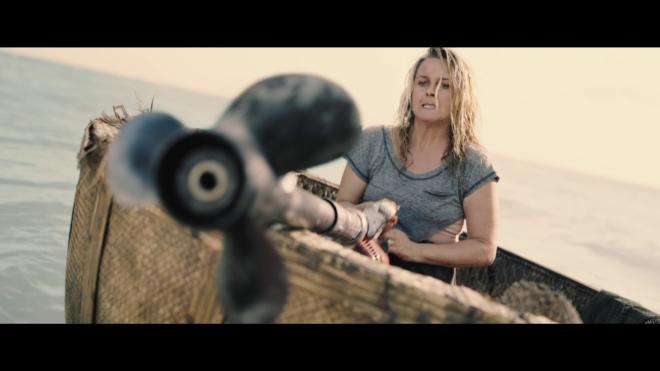 On the brighter end of the A/V spectrum, the DTS-HD MA 5.1 track is actually pretty good. Dialog is clean and clear throughout. The storm sequence and resulting waves are a welcome highlight and use the surrounds nicely. Much of the track does keep the action in the front/center with some laps of water splashing around the sides here and there. When sharks attack the action picks up and things come back to life nicely. Maybe not the most dynamic track ever but for this particular flick, it gets the job done. 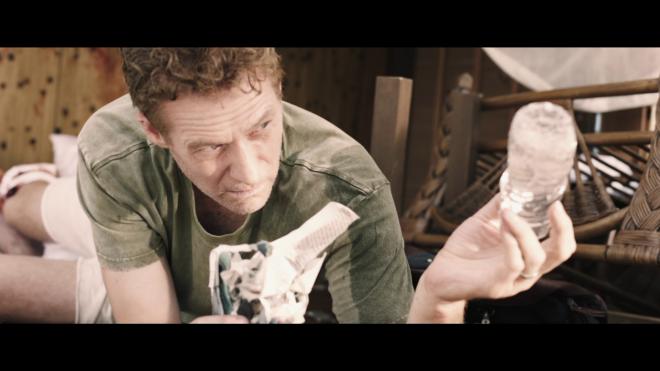 Not the biggest or best assortment of bonus features but there’s some ok stuff here. Writer/Director Le-Van Kiet sits down for an audio commentary and it’s actually a pretty good listen. After that, the making-of is a pretty typical EPK short and sweet talking-head interview assortment. 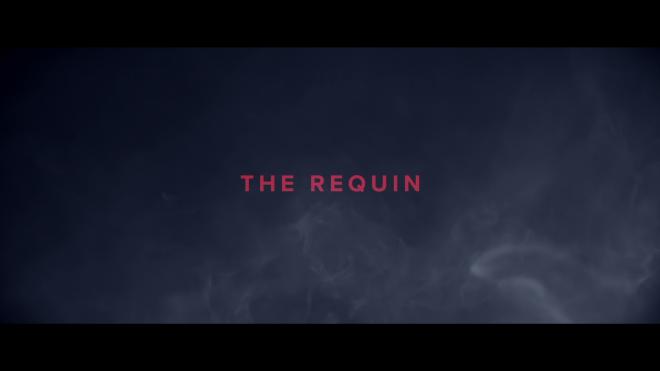 It’s been a pretty darn tough week and all I wanted to do was watch a brainless shark movie. Target had a deal on it so I figured The Requin was worth the ten bucks. Sadly, it just wasn’t. There are parts that are pretty good and I’ll give Silverstone some credit for delivering some great scenes. The rest of the flick is a bucket of shark movie chum. The video presentation isn’t a lot to speak of, but the audio mix works well enough and bonus features are slim but the audio commentary is worth a listen if you’re very curious. At the end of the day with so many other shark movies out there, you’d do better to look on your shelf than add this one to the collection. Skip It