"All for one and one for all!" The 1948 adaptation of The Three Musketeers captures the devil-may-care spirit of Alexandre Dumas' classic tale of action, romance, and political intrigue set during the reign of France's Louis XIII. An all-star cast led by Lana Turner, Gene Kelly, June Allyson, Van Heflin, Angela Lansbury, and Vincent Price enlivens director George Sidney's uneven film, but it's the Oscar-nominated cinematography and Warner Archive's to-die-for transfer struck from a new 4K scan of the original nitrate Technicolor negative that make this lavish, tongue-in-cheek swashbuckler soar. Sometimes beautiful images are enough to keep us enraptured, and that's certainly the case here. This version of The Three Musketeers may be a bit slow and stuffy, but it's breathtaking to behold and definitely worth a look.

Look up The Three Musketeers on IMDb and you'll find scads of entries dating all the way back to a 1903 short. At least four other adaptations of Alexandre Dumas' classic novel - including a Douglas Fairbanks silent that recently celebrated its 100th anniversary - preceded director George Sidney's opulent 1948 production, yet none of them more fully realize this time-honored tale of honor, loyalty, romance, and political intrigue in the court of France's Louis XIII. MGM pulled out all the stops for this swashbuckling spectacular, but despite exhilarating sword fights, heartfelt performances from an all-star cast, sporadic irreverence, some boisterous comedy, and stunning Technicolor photography, the film often collapses under the weight of its pomp, pageantry, and period costumes. 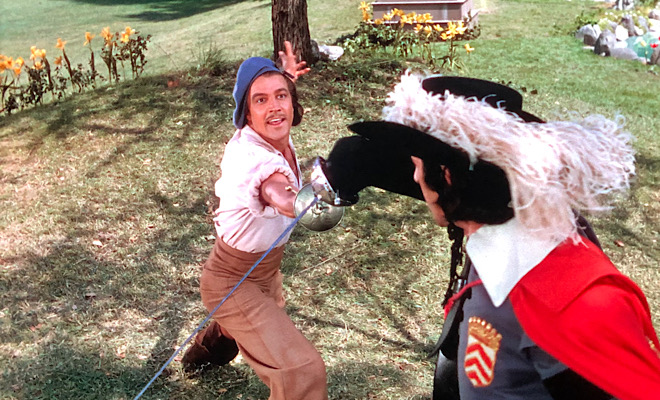 Though it faithfully follows Dumas' novel, this version of The Three Musketeers often feels like a musical in search of a score. Kelly's balletic leaps, fancy footwork, agile spins, and gymnastic stunts during his well-choreographed sword fight sequences most certainly recall some of his athletic dance numbers in countless musicals, most notably The Pirate, which he made just prior to The Three Musketeers. The winsome Allyson also ranked as one of MGM's top musical stars and always looks as if she's about to warble a wistful love ballad. Lansbury and Wynn occasionally appeared in MGM musicals, too, and then there's Morgan, who doesn't sing or dance but did play the title role in an iconic film about a fraudulent wizard, and his befuddled, stammering performance in The Three Musketeers often makes him seem more like Louis XIII of Oz than France.

All of this isn't surprising, considering Sidney cut his teeth helming MGM musicals and brings the same sensibility to The Three Musketeers that he brought to such tuneful hits as Anchors Aweigh and The Harvey Girls before it. The trouble is when the action scenes end, the movie's momentum often comes to a screeching halt. The dramatic scenes look beautiful and the actors try their best to infuse them with truth and emotion, but most drone on too long and land with a resounding thud, making The Three Musketeers feel much longer than its 126-minute running time. 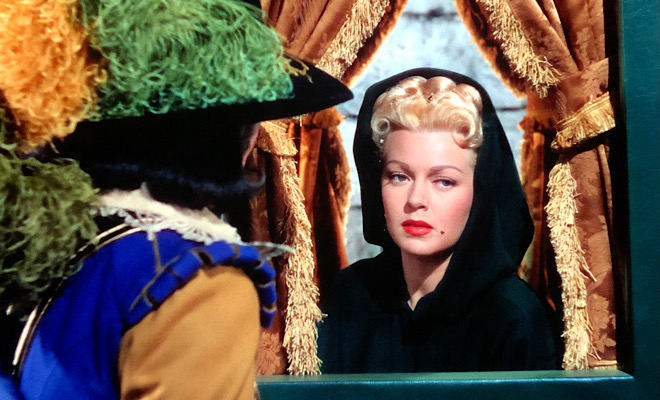 I remember seeing - and immensely enjoying - director Richard Lester's two Three Musketeer films as a kid when they premiered in the early 1970s (I wonder when, if ever, they'll get a Blu-ray release). Lester struck just the right tone, adroitly balancing the musketeers' light-hearted, bawdy antics with more traditional action, romance, and skullduggery. The 1948 version attempts to do the same, but the execution feels more labored, perhaps because Kelly lacks the gravitas of such noted swashbucklers as Errol Flynn, Tyrone Power, and Ronald Colman. Kelly brings a more cartoonish quality to D'Artagnan that works during the fantastical fight scenes but strikes a sour note when things get serious.

Turner initially declined what she considered to be a secondary role and went on suspension when MGM insisted she play it. She eventually capitulated after the studio expanded the part, and was glad she did. Not only was The Three Musketeers a huge hit (it was MGM's second highest-grossing film of the 1940s), it also afforded Turner the chance to play opposite Price, who taught her a number of subtle acting tricks she would use in subsequent movies. Interestingly, Price's character is referred to only as Richelieu, not Cardinal Richelieu, and is presented as merely the king's chief advisor, not a man of the cloth, reportedly because MGM worried an evil church official would offend religious groups and negatively impact the film's box office take. Oh how times have changed. 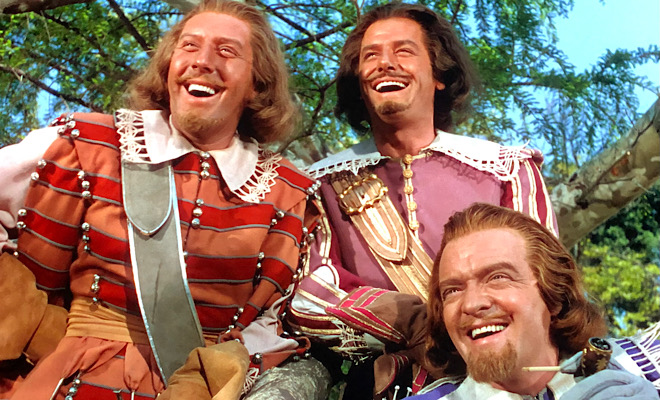 The Three Musketeers may sputter narratively, but its impressive production design, ornate sets, sumptuous costumes, top-notch cast, and Oscar-nominated Technicolor cinematography certainly make it worth watching at least once. No studio mounted historical costume dramas with more attention to detail, more flair, and more expense than MGM, and The Three Musketeers stands as a shining example of the studio's steadfast commitment to quality and exemplary craftsmanship. 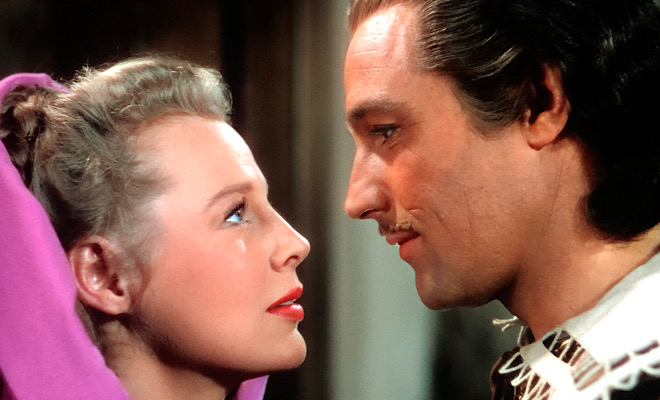 Vital Disc Stats: The Blu-ray
The 1948 version of The Three Musketeers arrives on Blu-ray packaged in a standard case. Video codec is 1080p/AVC MPEG-4 and audio is DTS-HD Master Audio 2.0 mono. Once the disc is inserted into the player, the static menu without music immediately pops up; no previews or promos precede it.

A brand-new HD master struck from a 4K scan of the original nitrate Technicolor negative yields a scrumptious 1080p/AVC MPEG-4 transfer that faithfully honors Robert H. Planck's Oscar-nominated cinematography and bursts with exceptional clarity, contrast, and an array of eye-popping hues. Technicolor can be tricky due to its sumptuous nature, but Warner Archive consistently does it proud, and The Three Musketeers ranks as one of the studio's best ever efforts. Perfectly resolved grain maintains the feel of celluloid while producing a silky smooth image brimming with fine detail. Some scenes appear slightly softer than others, usually because of lower light levels, but the picture remains remarkably consistent overall, with inky blacks and bright, stable whites nicely offsetting the rich, vibrant color that consistently stokes the senses. 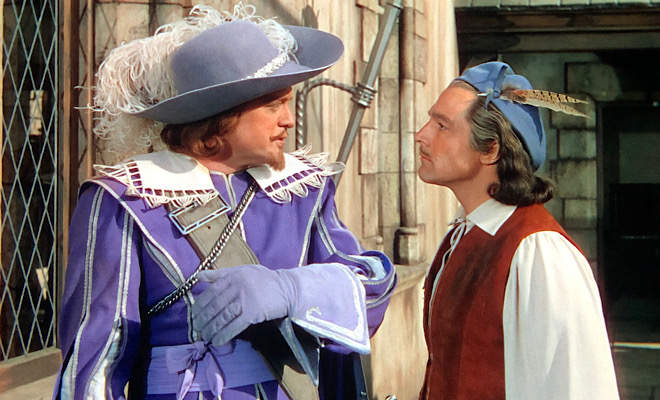 Primaries and pastels are equally lush. Bold reds, verdant greens, and crystal blues predominate, but yellow accents (Turner's blond hair and feathery plume), Heflin's lavender suit, and various shades of pink and brown all make striking statements. The fine gradations of color also impress, creating a veritable rainbow of distinct hues that consistently lights up the screen. Shadow delineation is quite good, silhouettes are crisp, and day for night scenes ooze warmth while maintaining a high degree of clarity.

And oh those close-ups! The Three Musketeers marked the 27-year-old Turner's Technicolor debut and all I can say is what was MGM waiting for? Turner's blond hair, red lipstick, and creamy skin look downright dreamy, and it's easy to see delicate pores beneath her impeccable makeup. Allyson and Lansbury look glamorous, too, but can't compete with Turner's allure. The razor-sharp renderings of Heflin's scraggly red mustache and beard, rugged complexion, and occasional tears create a series of arresting tight shots, and the scar on Kelly's cheek and Price's grizzled facial hair are also well defined. 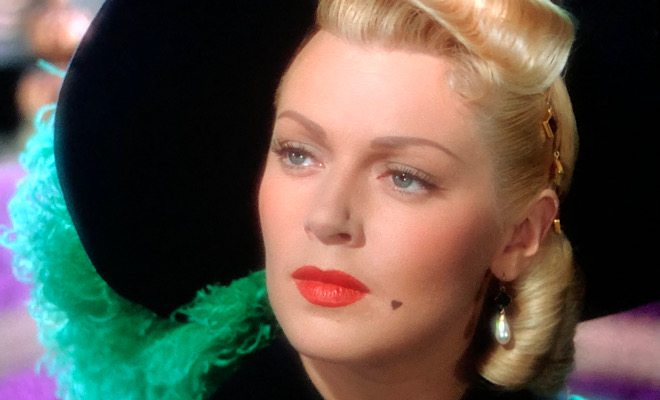 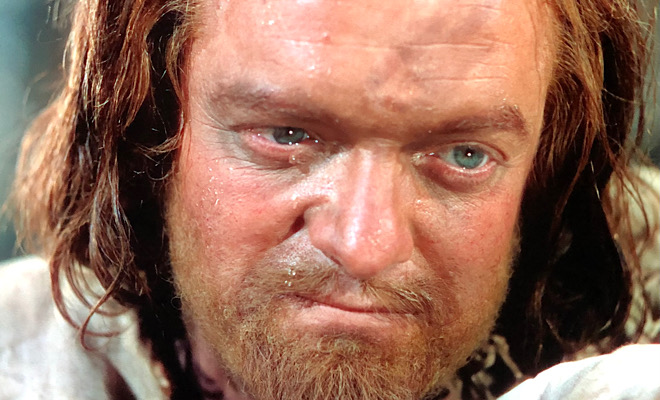 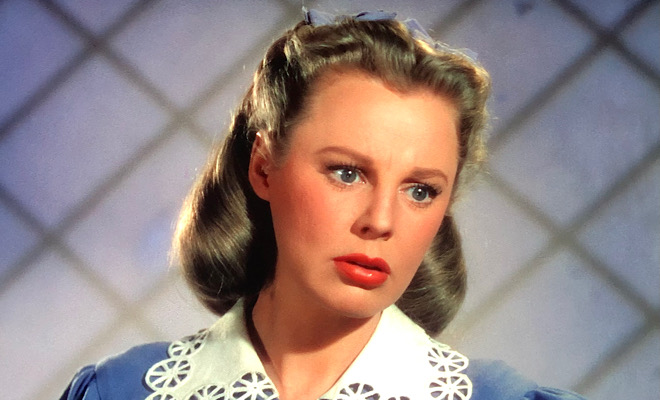 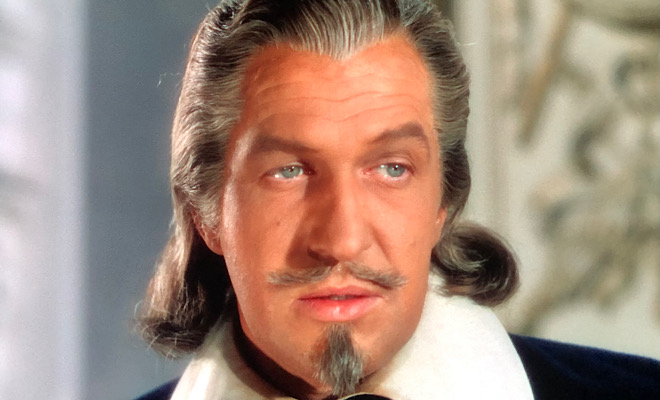 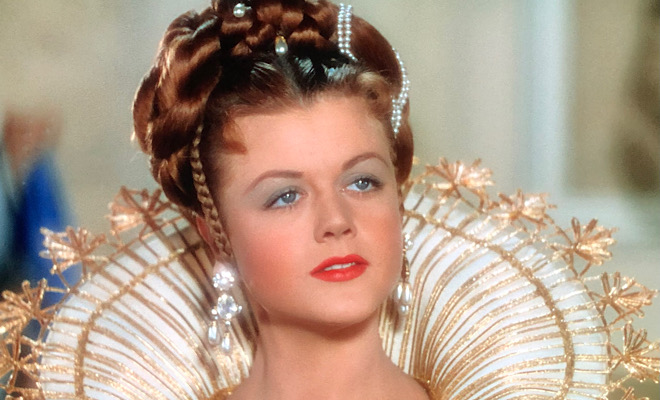 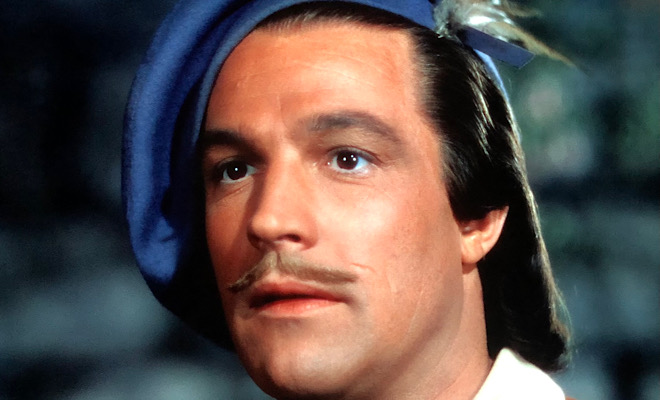 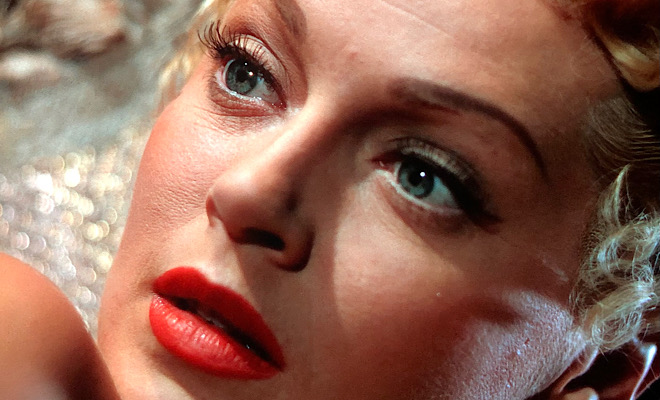 No digital artifacts are present and nary a nick, mark, or errant scratch dot the pristine source. The Three Musketeers may lumber along at times, but this spectacular transfer will keep your eyes glued to the screen from the first frame to the last.

The DTS-HD Master Audio 2.0 mono track suffers in comparison to the sublime video, but it boasts some strong attributes. Solid bass frequencies lend appropriate weight to the galloping horse hooves and sonic accents like the clanking of swords and swish of sabers as they cut through the air are wonderfully distinct. A wide dynamic scale handles all the highs and lows of Herbert Stothart's rousing music score, but the dialogue remains strangely muted throughout. A muffled quality afflicts many exchanges, making it difficult to comprehend isolated words here and there. It's not a huge defect, but its continued prevalence is unfortunate and somewhat dulls the impact of the powerful video. No age-related hiss, pops, or crackle intrude and no distortion is present. This is an adequate track, but it lacks the oomph swashbucklers require to fully immerse us in the action.

There's a lot to love about the 1948 version of The Three Musketeers - spirited action scenes, tender romance, dastardly deeds, and Technicolor cinematography so delicious you could eat it with a spoon - but a lumbering script slows the momentum of what should be a swashbuckling juggernaut. The result is a breathtakingly beautiful but emotionally empty film that entertains in fits and starts. Kelly's athleticism and Turner's glamor raise the movie's pulse rate, but it's the glorious transfer struck from a 4K scan of the original nitrate Technicolor negative that's the lifeblood of this Blu-ray presentation. There are several adaptations of The Three Musketeers, but none can match the visual splendor of this opulent MGM production. Worth a Look.