The kaleidoscopic fantasies of Busby Berkeley and a risqué backstage story combine to make Gold Diggers of 1933 one of the most memorable musicals of the early 1930s. Snappy dialogue, spirited performances, tip-top tunes, and plenty of pre-Code titillation propel this Depression-era tale of a trio of showgirls who hunger for both Broadway stardom and millionaires. A gorgeous transfer, peppy audio, and a hefty supplemental package distinguish Warner Archive's Blu-ray presentation that beautifully honors this eye-filling antique. Highly Recommended.

After the dawn of sound, the next big thing to revolutionize the motion picture medium was the Hollywood arrival of Busby Berkeley. A bundle of nervous energy with a keen imagination, sharp temper, and drill sergeant's tongue, Berkeley flipped the movie musical on its ear...literally. The former Broadway dance director took the camera where it had never gone before, up, up, and away to a bird's-eye perch, and - thanks to a bevy of contorting chorus girls down below - created dazzling kaleidoscopic fantasies that captivated Depression-era audiences desperate for escape.

In the blink of an eye, a static, dull genre became an art form, as Berkeley single-handedly rejuvenated the film musical, sparking a renaissance that would last a generation. Sure, he went overboard on occasion, but his outlandish concepts and set pieces retain their luster, and the passage of time only enhances our appreciation of his creativity and vision. Though Berkeley would later defect to MGM, his glory years were at Warner Bros, where his opulent, eye-popping production numbers stunningly contrasted with the studio's tough, ripped-from-the-headlines stories.

Gold Diggers of 1933 fetchingly combines both to create one of Hollywood's first quasi-realistic musicals. Offering Depression Era escapism while confronting the Depression head-on, director Melvyn LeRoy's film (Berkeley helmed only the musical sequences) doesn't shy away from addressing such hard-knocks topics as unemployment, poverty, government neglect, and the lack of opportunity in tough economic times. Plenty of glamor, lyrical tunes, and boisterous comedy still pervade the film, but there's a distinct dividing line between the glittering fantasies mounted on stage and harsh realities of everyday life.

Gold Diggers of 1933 came hot on the heels of Berkeley's first Warner film, the blockbuster 42nd Street, and though the follow-up seems more reluctant than its predecessor to fully embrace the musical form, it succeeds quite well as a snappy period comedy. A forerunner to How to Marry a Millionaire, the familiar story follows a trio of down-on-their-luck showgirls - the dancer (Ruby Keeler), the comic (the marvelous Aline MacMahon), and the beauty (Joan Blondell) - who share a brownstone apartment and bemoan the lack of theatrical opportunity and dearth of eligible bachelors in Depression-ravaged New York. Brad Roberts (Dick Powell), a struggling songwriter who resides across the alley and turns out to be a wealthy Boston blueblood, puts up money for a new revue, which enables the three chorines to find not only work, but also romance and financial security.

Mixups, class conflicts, and a battle of wits between the showgirls and Brad's stuffy brother (Warren William), who holds the purse strings to Brad's hefty trust fund and disapproves of his romance with wide-eyed hoofer Polly Parker (Keeler), keep the plot humming. The snappy script takes plenty of potshots at the Depression, yet beneath the jaded wisecracks, the girls harbor a plucky, optimistic spirit that sees them through their troubles. LeRoy glorifies them with lots of tight, in-your-face close-ups (one of Ginger Rogers singing "We're In the Money" is downright frightening) and keeps the action moving at Warner's customary brisk pace. 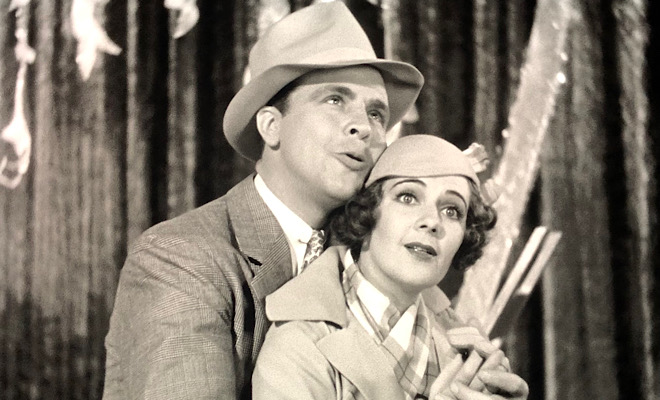 Aside from a couple of informal ballads sung by Powell, only four fully realized musical numbers grace the film, yet all provide Berkeley ample opportunity to flex his creative muscle and indulge his imagination. The opening "We're in the Money," in which Rogers sings one chorus in Pig Latin (see video clip above), showcases scantily clad dancers wearing oversize coins to strategically cover key body parts, while the shockingly risqué "Pettin' in the Park" features some of Berkeley's trademark overhead camera angles to capture his inventive formations. The bizarre, often creepy number begins innocently enough with Powell cooing over Keeler, but then turns downright disturbing as nine-year-old child actor Billy Barty, who portrays an impish toddler, begins leering at the sexy chorus girls like a dirty old man and seeks to expose them in various stages of undress. The voyeuristic number features clearly naked women in silhouette behind a screen that the mischievous Barty tries to raise, and ends with Powell using industrial shears to cut open Keeler's metal corset! (These overt sexual connotations outraged religious groups, most notably the Catholic Legion of Decency, leading to the enforcement of the Motion Picture Production Code the following year.) 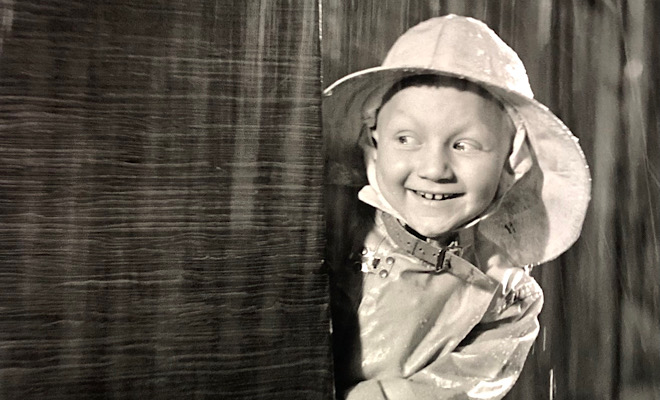 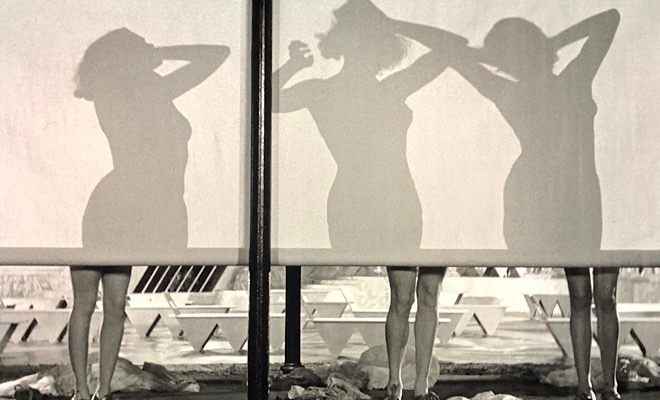 LeRoy saves the best numbers for last, beginning with "The Shadow Waltz," a gorgeously inventive, elegant piece, in which neon violins - held by Keeler and her chorus - seem to dance on their own in the dark. Nothing, however, can eclipse the powerful, socially conscious, impeccably staged finale, "Remember My Forgotten Man," which foregoes glamor and escapism to shine a spotlight on - and indict the treatment of - valiant American men striving to eke out a living in the face of financial despair. Rarely, if ever, has a production number addressed such a sober topic, as Berkeley depicts destitute, disheveled World War I veterans standing in bread lines and sleeping in doorways. Forget the kaleidoscopic fantasies; "Remember My Forgotten Man" is arguably Berkeley's masterpiece, and it ends this jovial musical on a somber, realistic note.

Gold Diggers of 1933 would be the second of seven films Powell and Keeler would make together over a busy four-year period. While Keeler can certainly pound out a tap routine, her vocals and acting leave a lot to be desired. Nevertheless, she's an attractive screen presence and her wholesome chemistry with Powell charmed audiences of the day. His mellifluous crooning inspired female swooning, but Powell quickly tired of playing insipid male ingenues and craved meatier roles. It would take a decade, but he finally found his niche in film noir, making a splash as Raymond Chandler's iconic detective Philip Marlowe in the first adaptation of the author's Farewell, My Lovely, titled Murder, My Sweet, in 1944. 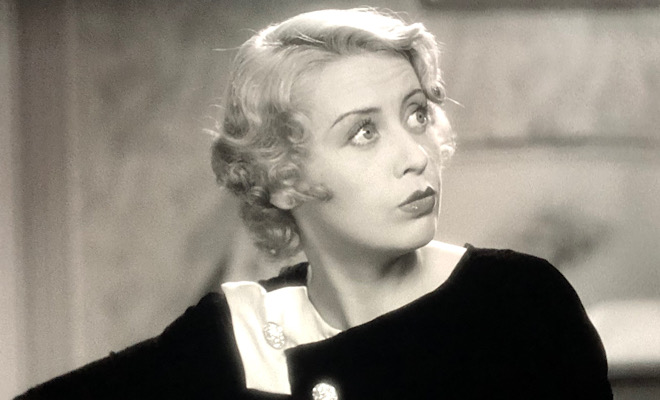 Interestingly, Blondell, who anchors the film with a lively performance, would marry Powell three years after Gold Diggers of 1933 premiered. She's no singer either, but her fine acting talent really puts over the "Remember My Forgotten Man" finale, bringing a soulful longing to the powerful piece. Rogers, who months later would begin her legendary partnership with Fred Astaire, supplies sassy sex appeal, but it's MacMahon who really sparkles as the film's truest gold digger in a bravura comedy portrayal that's saucy, cynical, and as bubbly as champagne. Eagle eyes will spot Berkeley himself as one of the stagehands knocking on dressing room doors before the "Remember My Forgotten Man" number, as well as early performances from perennial sourpuss Charles Lane and the future voice of Winnie the Pooh, Sterling Holloway.

Though its title dates the film, Gold Diggers of 1933 still resonates today. The shuttering of shows due to economic strife and desperate plight of out-of-work actors who've lost their livelihood instantly call to mind the dire situation Broadway faced during the current pandemic. The theater scene weathered the tough economic storm back in the 1930s and seems to have survived the current threat as well, and it's that resilient spirit, spunk, and optimism - along with the genius of Busby Berkeley - that makes Gold Diggers of 1933 such a timeless treat. 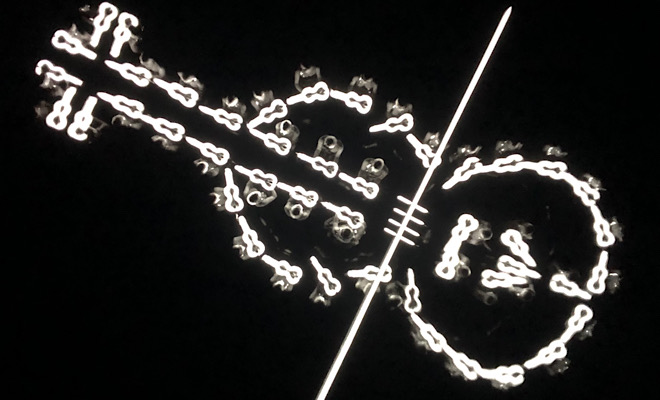 Vital Disc Stats: The Blu-ray
Gold Diggers on 1933 arrives on Blu-ray packaged in a standard case. Video codec is 1080p/AVC MPEG-4 and audio is DTS-HD Master Audio 2.0 mono. Once the disc is inserted into the player, the static menu without music immediately pops up; no previews or promos precede it.

The 2006 DVD presentation of Gold Diggers of 1933 was excellent, but Warner Archive ups the ante with a brand-new HD master culled from the best preservation elements. The result is a spectacular, age-defying 1080p/AVC MPEG-4 transfer that makes this 89-year-old movie look decades younger. Grain, which is usually excessive in early 1930s films, is beautifully resolved, producing a silky image that maintains a palpable film-like feel, while superior clarity and contrast allow us to drink in all the details and textures of the slinky, often glittery costumes and the playful props Berkeley employs in his lavish numbers.

Speaking of numbers, "The Shadow Waltz," with its pitch-black background and neon-laced violins demands pitch-perfect shadow delineation to transmit the desired visual effects, and this transfer delivers in spades in that regard. The titillating silhouettes of the disrobing women in the "Pettin' in the Park" number are so sharp they might make some viewers blush, while dense black levels overall anchor the image and nicely offset the picture's bright whites and varied grays. Reflections are crisp, elements like rain and snow are well defined, and an array of crystalline close-ups flatter all the principals and pretty chorus girls. 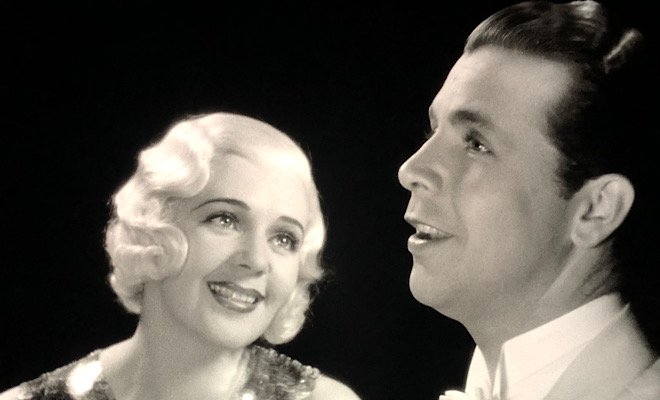 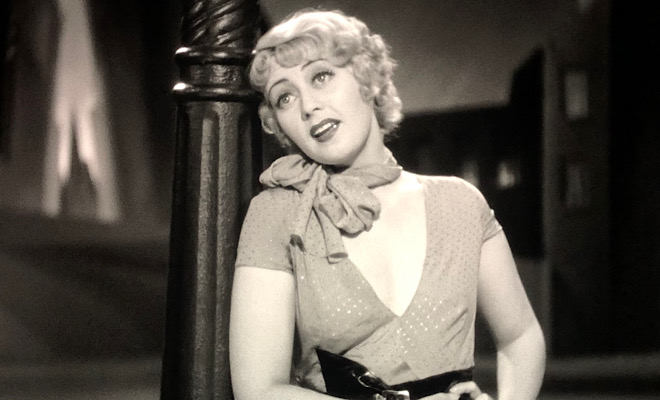 There's not much to nitpick here, but if pressed, I could point to some rough transitions, a few soft scenes, and a couple of errant marks that still dot the print, but such mild deficiencies never detract from the beauty of this remastered transfer that's a solid step up from the previous DVD. If you're a fan of musicals, pre-Code films, Busby Berkeley, or Golden Age Hollywood, you'll deeply appreciate this top-notch effort.

The only Oscar nomination Gold Diggers of 1933 received was for Best Sound, Recording, and the DTS-HD Master Audio 2.0 mono track shows us why. The track supplies good, clean, clear sound, but there's plenty of fidelity and tonal depth, which is rare for a movie recorded on rather primitive equipment in the early 1930s. A wide dynamic scale handles all the highs and lows of the orchestrations and Powell's pleasing tenor voice without any distortion, and all the dialogue and song lyrics are easy to comprehend. Keeler's tapping is crisp and distinct, and no age-related hiss, pops, or crackle intrude.

All the extras from the 2006 DVD have been ported over to this Blu-ray release.

These days, we could all use a little escapism, and who better to supply it than Busby Berkeley? Gold Diggers of 1933 may be 89 years old, but the imaginative musical numbers and spirited backstage story still pack a potent entertainment punch. Warner Archive delivers another fantastic transfer of a Golden Age classic and sweetens the deal with robust audio and a smorgasbord of appetizing vintage supplements. Fans of musicals and pre-Code films will surely want to pick this disc up. Highly Recommended.