The would-be franchise Remo Williams: The Adventure Begins unfortunately ends right where it starts. This theatrical flop endured on the rental market and is a genuine treat for 80s nostalgia fans. After a limited Blu-ray release from Twilight Time, Remo’s adventure continues thanks to Kino Lorber Studio Classics. This disc uses the same transfer and audio mix and repackages nearly all of the previous bonus features. If you missed out on the first release, this is a fitting addition to the collection. Worth A Look

I know Remo Williams: The Adventure Begins isn’t everyone’s cup of tea, but it’s a favorite. My dad regularly brought this home from the video store and I was always excited to see that cover art of a guy dangling by his fingertips from the Statue of Liberty. I readily admit that it’s not a particularly great film, but I still find it entertaining. Fred Ward plays the perfect butch, arrogant, blue-collar would-be super spy. Joel Grey, despite what would be considered today some pretty damned problematic Oscar-nominated makeup, delivered a terrific mentor performance. Kate Mulgrew pops up as a military investigator while Wilford Brimley and J.A. Preston get to play the behind-the-scenes brains of the operation. And leave it to Charles Cioffi to churn out another sleazy bad guy. 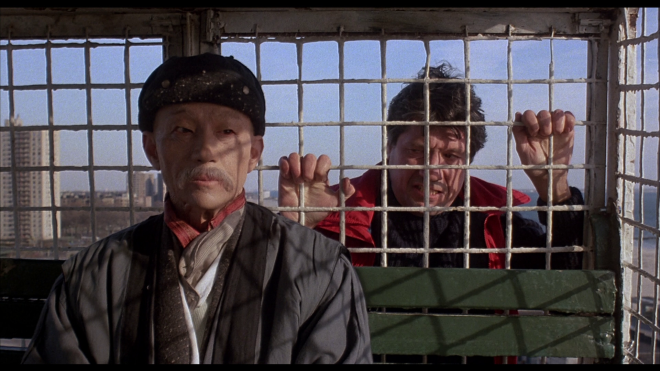 On the whole, this remains a favorite. Fred Ward’s natural charisma and sense of humor still hit. The stunts and action sequences hold up. And the film’s atmosphere for action and adventure is appreciable. Bond director Guy Hamilton maybe wasn’t quite the right choice for this film. He did wonders for Bond, but I feel like his brand didn’t quite translate to this American-style spy. But I’ll tell you, every time that Craig Safan score comes up I’m hooked and it’s nearly impossible not to skip right to that Statue of Liberty action sequence!

As a nostalgic favorite, I admit the flick skates on some thin ice at times. The plot is a little thick and clunky, trying to not only introduce a new hero but also set up an ongoing franchise. It also takes for granted the action theatrics of the era. The 80s were all about bulky guys with machine guns or everymen who were trained tough or had vast martial arts experience. While Fred Ward can pull off the everyman hero with some solid stunt work, he’s not the martial arts master and the story’s reliance on the “Mystical Asian” trope ankles its best efforts. With a different director and more respect for cultural appreciation by actually training its cast in a genuine martial art style, maybe Remo Williams’ adventures could have continued. No, I don’t count the unwatchable TV movie as a sequel, but any time someone wants to make an earnest reboot I'm game to give it a whirl. 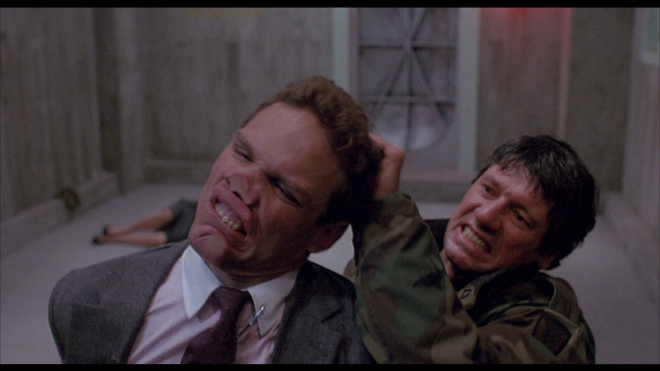 Vital Disc Stats: The Blu-ray
Remo Williams: The Adventure Begins returns to the Blu-ray market for its second domestic release thanks to Kino Lorber Studio Classics. Pressed on a Region A BD-50 disc, the disc is housed in a standard sturdy case with an identical o-card slipcover. The disc loads to a static image main menu with standard navigation options. 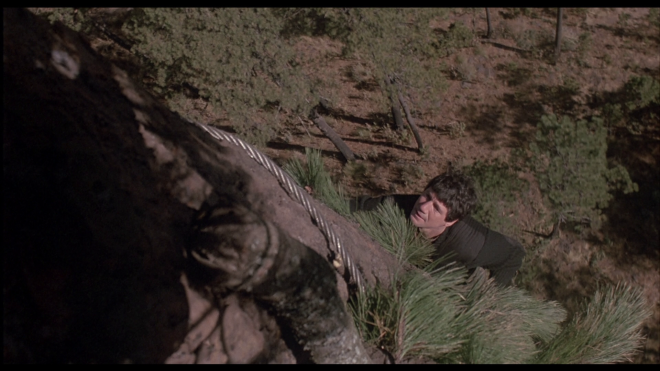 Maybe one day we’ll get this movie in 4K or a proper restoration. KLSC uses the same MGM-prepared master that’s been circulating since Arrow’s UK release in 2014 and was also used for Twilight Time’s 2016 Blu-ray. Which honestly, isn’t terrible. But obviously, it could be better. Details are decent but don’t really fully come to life. Colors are pretty good with healthy skin tones. Black levels are a bit on the light side but there are some good stretches. This encoding gives the transfer a little more room to breathe, averaging 10-15mpbs higher than the Twilight Time disc, but not enough two fully give you an apple to oranges difference. Still pretty good but there’s room for improvement. 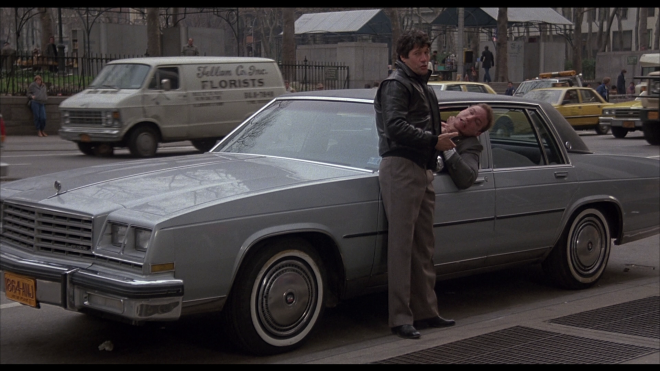 This is effectively an identical DTS-HD MA 2.0 mix as what Twilight Time supplied for their release. Filling between the discs, I didn’t detect anything different about them so you’re all set there.

Read our Twilight Time Blu-ray Review for a full breakdown. 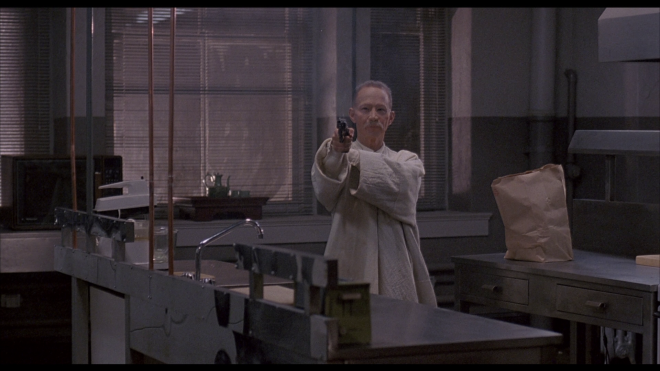 Pretty much everything that’s on this disc came packed in the Twilight Time disc. The only notable absent kid from the party is the Isolated Score Track, which is a damned shame because I dig this music. It’s solid 80s action movie stuff. But even with that omission, fans have plenty of great material to dig through.

Remo Williams: The Adventure Begins may not have been the franchise starter the filmmakers had hoped for, but it remains a highly entertaining 80s cult classic. Fred Ward and Joel Grey are a fun dynamic duo and the flick features some exciting stunt work captured at a time when there couldn’t be any CGI cheating. It’s fun, entertaining, and an all around good show.

After a limited release from Twilight Time, Remo Williams gets a new Blu-ray release from KLSC. If you already have the Twilight Time disc, you’re good. This new disc offers up the same A/V presentation and 99% of the same bonus features. The only important missing extra is the isolated score track. Otherwise, if you wanted to add this to the collection, now you can make some shelf space. Worth A Look.