For his final film, Writer, Director, Producer, and Editor Nobuhiko Obayashi gives the world of film a fond farewell with Labyrinth of Cinema. Like all of Obayashi’s films, Labyrinth of Cinema is a unique sensory stressing experience in storytelling. DIzzying, confusing, always fascinating and hypnotic - this film explores a vast array of themes with a bold and frenetic visual style. Crescendo House delivers a truly excellent Blu-ray with a striking transfer, a chaotically immersive audio mix, and a collection of informative interesting bonus features. If you’re an Obayashi fan, don’t miss Labyrinth of Cinema. Highly Recommended

Under normal review circumstances, this is around where I would open things up with a quick summary of the film before jumping into my thoughts. Well, these aren’t normal circumstances - this is a review of a Nobuhiko Obayashi film. If you’ve seen House, Turning Point, or The Deserted City you understand that a simple paragraph summary isn’t exactly possible. That's the case here with Labyrinth of Cinema. 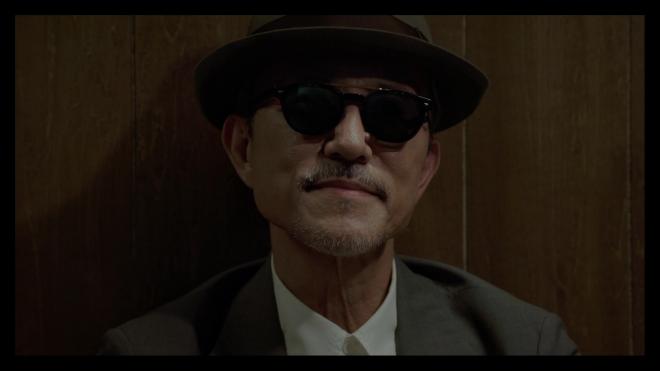 At its core, this film is about four young people attending the final screening at an old theater who through the images of cinema are actually transported to key Japanese historical battles before arriving at Hiroshima mere days before the atomic bomb. It actually took me a long time to best figure out how to say that because for a three-hour film, I'm not even coming close to covering everything this film's actually about. That’s just the simplest way I can express the general plot of the film, but I not coming anywhere near doing the story justice. Like any Obayashi film, there is a lot going on throughout the film - and I don’t just mean in the visuals.

Through a dizzying parade of alternating aspect ratios, CGI augmented song and dance sequences, and fourth-wall-breaking monologues. Labyrinth of Cinema is an examination of art and entertainment’s role in the perpetuation of violence and war. At least I think that’s what Obayashi was aiming at. Like any great work of art, this film demands your fullest attention so don’t even think of keeping your phone out. Turn off the lights, sequester your pets, and give this film your full focus. While I had a personal takeaway of what this film is “about,” you’re likely to come away with something completely different. Or not even knowing what to think about it.

Hell, I had to let this movie stew in my brain for a couple of days before I even could bring myself to start writing this review. For that reason Labyrinth of Cinema begs multiple viewings. At 179-minutes with intermission, it’s a lot to take in. I'm two times through it now and I’m willing to bet upon my next viewing I’ll have a completely different take on what this movie was about. I just need to give myself some recovery time before jumping back into that world. 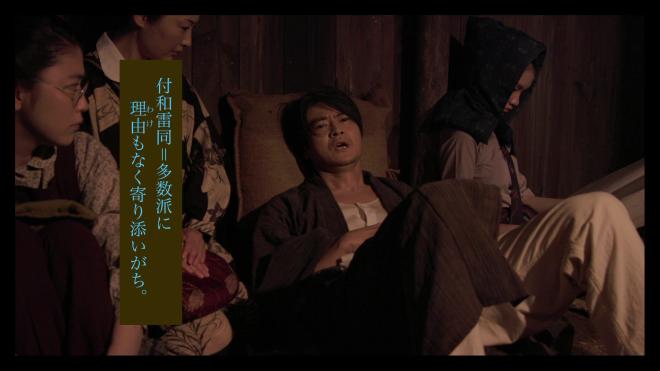 My main takeaway is this film is a commentary and a challenge by Obayashi and the kinds of films that are made and popularized. Through our four cinematic “time tourists” we see war glorified on-screen with intense battles. These are moments that our would-be movie-goers normally would be enjoying if they weren’t caught in the middle of the action. It’s as if Obayashi is suggesting that by watching in awe of impressive dramatic recreations of violent events as entertainment we’re doomed to repeat these events every generation. But he's also saying this from the seat of a film fan who probably very much enjoys those same movies.

That’s a lot to take in and think about - especially as someone who grew up on action movies and war films. But again, that’s my particular takeaway for this latest viewing of Labyrinth of Cinema. It’s the idea that slipped into my head and it hasn’t shaken loose. Whether or not that makes for a successful movie - that’s another question altogether. This film is a challenge. It throws a lot at you at a dizzying pace with information coming so quickly that if you blink you literally miss something. This is where those unfamiliar with Obayashi may have a hard time keeping up with this one. I had a friend who described the prolific director as a Japanese David Lynch with ADHD. You don't fully have any idea what is going on in his films and he doesn't give you time to sit in the moment. 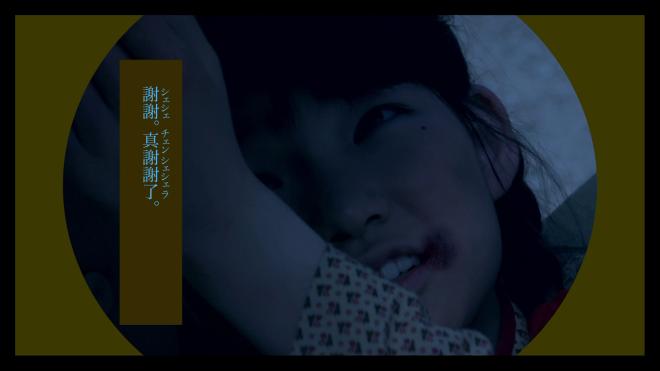 Obayashi was diagnosed with Stage 4 cancer during filming so Labyrinth of Cinema also feels like a man giving his final work everything he has left in the tank. This was his last stamp on the industry he clearly loved as a fan and as a creator. With a career that spanned over 50 years, he was almost always working throughout that time. His films aren't always easy to digest. As bizarre as it is, House may be his most accessible simply because so much has been written about it that if you get stuck or can't figure it out there's a lot of material you can refer to. Labyrinth of Cinema is another exhaustingly fascinating film from the filmmaker. I probably don't fully understand everything I've absorbed but I know I'll be giving it many more viewings in the years to come.

Vital Disc Stats: The Blu-ray
Labyrinth of Cinema arrives on Blu-ray from home video newcomers Crescendo House in an impressive 2-Disc Blu-ray set. Disc One covers the film while Disc Two holds the bulk of the bonus features. Both Region-Free discs are housed in a beautiful Steelbook case with plastic slipcover augmenting the artwork. After watching through the film you have a much better appreciation of this artwork design. Also included are six postcards, as well as a 32-page booklet featuring images essays and select works of poetry. 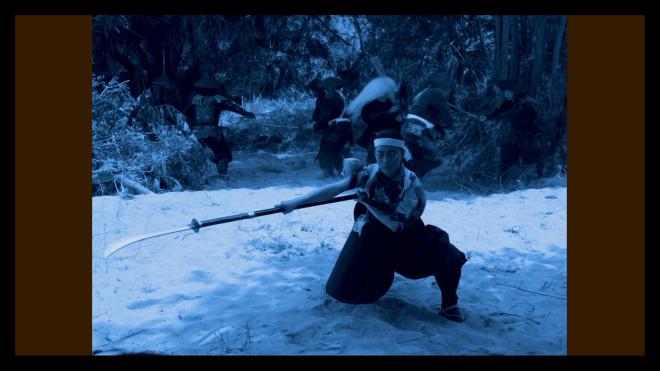 Labyrinth of Cinema arrives on Blu-ray with an often striking 1080p 1.85 (primary aspect ratio) transfer. The film shifts aspect ratios to 1.33:1 and 2.35:1 - often within the same scene with rapid-fire edits. Throughout details for this digitally sourced image are excellent. There is quite a bit of digital filtering and trickery with the CGI effects and efforts to “date” the image in Black and White or as an early Color film feature - so there is some slight artifacting that can crop up, but nothing overly serious or detrimental to the experience.

Colors are exceptional featuring the full spectrum of primaries and everything in between. Even in scenes that are supposed to take place in an old Samurai film, there could be a colored “mask” around the edges as if you were in the theater watching with the on-screen audience. Black levels are also excellent giving plenty of depth to the image.

Again - this is a heavily CGI enhanced feature film, you can feel that some actors weren’t even in the same room together during filming. Like so many of the director’s films, there’s a dizzying otherworldly quality to the show. Some of the effects don’t blend well and that could be completely intentional. So any “issue” or visual “problem” we’d normally knock a score for could be 100% the intention of the director. Even with the so-called problems, this is still an impeccable visual experience. 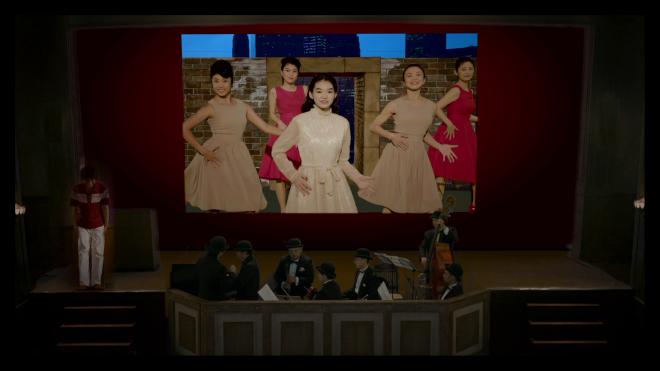 This release of Labyrinth of Cinema is issued a pair of audio mixes - a fully engaging Japanese (with English subtitles) DTS-HD MA 5.1 and a Japanese (with English subtitles) LPCM 2.0 track. Both are great, I’ll get that out of the way right now. You can’t go wrong with either track; it boils down to your setup and what kind of experience you want to have. If you’re fully rigged for surround sound - the 5.1 mix is absolutely the best way to go. The primary sound elements are front/center but there’s plenty of constant surround elements employed to keep you fully immersed in the action. Especially if you have DTS Neural:X employed!

The LPCM 2.0 mix feels better suited for those with soundbars. This mix is impressive and fully engaging in its own ways. The main difference I felt as I previewed both tracks was that a lot of the whizbang sound effects or side-channel surround effects were pushed into the front without a lot of the heft they had in the 5.1 track. You get all the elements, just not with the intricate spacing and placement. 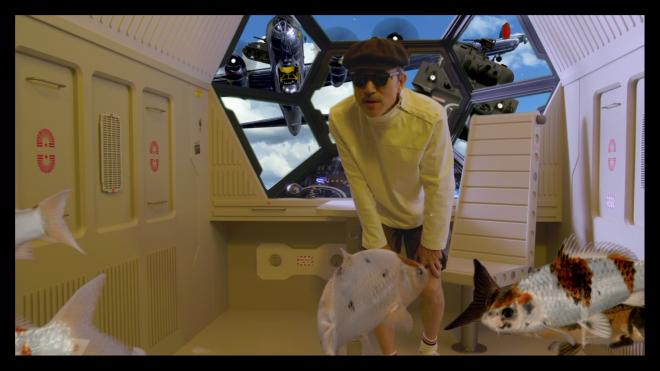 While there may not be a huge number of bonus features - this is where you need to appreciate quality over quantity. The feature film disc only has an introduction with Obayashi’s widow and their daughter hoping we enjoy the film and how proud they are of his final feature. Disc Two gets to the meat of the materials - the biggest of the bunch is the Making-Of documentary that offers a lot of behind-the-scenes footage. After that, we get another conversation with Obayashi’s widow about the film which is particularly nice given he passed away barely a year ago. 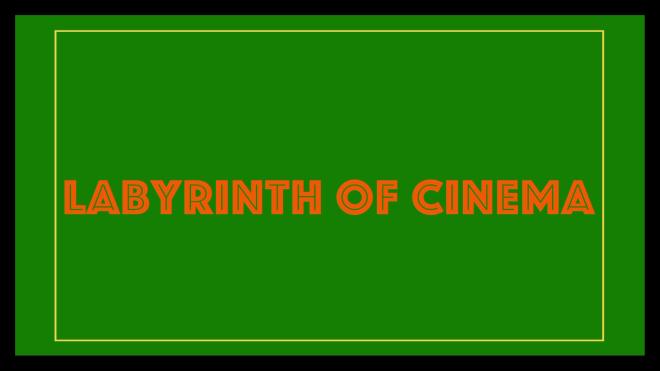 Labyrinth of Cinema is a dizzyingly intricate and sensorial immersive experience. But that’s pretty much what you’d expect from the director of House. And to that point, if you’ve never seen a Nobuhiko Obayashi film - this probably isn’t the best introduction but then I’m not 100% sure what would be the best way to discover his films. Maybe this one could hook you! With that in mind, I feel like I survived and appreciated it more because I had an idea of what I was getting myself into - at least to some degree. Crescendo House delivers a genuinely excellent Blu-ray release of Labyrinth of Cinema offering a stunning visual experience with a pair of audio tracks to match alongside some worthwhile bonus features. If you're game to fully experience Obayashi's final film, sit back and just absorb what's coming to you - Highly Recommended.