Behind most great men there's an unsung heroine, and cabaret jazz artist Stevie Holland pens a musical billet-doux to one of the most unique. Love, Linda: The Life of Mrs. Cole Porter salutes the wife of the legendary Broadway and Hollywood composer and chronicles their unconventional relationship through a series of revealing monologues and Porter's rich catalogue of songs. This slick Blu-ray documents Holland's live one-woman show that mixes humor with heartache and features more than a dozen of Porter's best-loved tunes. For Fans Only.

More than a half century after his death, Cole Porter remains one of America's greatest songwriters. His catchy, enduring melodies and witty, often risqué lyrics capture the essence of love and desire and exude an infectious sense of joie de vivre. During his heyday in the 1920s and '30s, Porter was the epitome of erudite sophistication and his string of hit shows made him - and his devoted wife Linda - the toast of Broadway.

Porter was also gay during an intolerant era. His homosexuality was an open secret among the theatrical elite, but his numerous liaisons with men only became public knowledge after his death. Even more surprising, they never affected his marriage. From the outside looking in, the Porters seemed like a dream couple - happy, carefree, rich, committed - which led many of their friends, and later Porter's fans, to wonder how Cole and especially Linda could maintain such a blissful façade over so many years. Why would Linda put up with a man who cheated constantly and didn't love her with the same passionate intensity as she loved him? 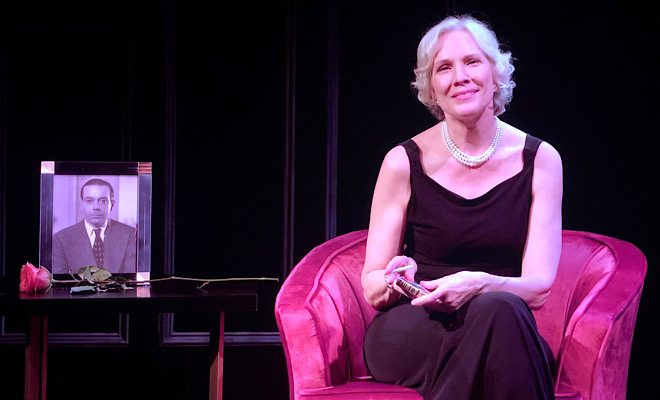 Jazz singer and cabaret artist Stevie Holland seeks to answer that question and justify Linda's unconventional choices in her one-woman show Love, Linda: The Life of Mrs. Cole Porter. Written by Holland, who portrays the titular character, and her husband, composer Gary William Friedman, this mélange of monologue and classic Porter tunes premiered off-Broadway in 2009 and continued periodically through 2013. Holland released an album of the show's songs in 2010, and now appears in a recently-shot video of the complete production.

Holland brings plenty of style, energy, and fervor to Love, Linda, which chronicles the relationship between Porter and Linda Lee Thomas, a wealthy Southern socialite who was eight years Porter's senior and the survivor of an abusive first marriage when the two met in Paris in 1918. Through a series of reminiscences, anecdotes, and musings about her life with Porter - peppered by Porter songs that fit the various moods and events she describes - Linda sheds light on her complex and conflicted feelings for Cole and their mutually advantageous marriage. She also details the lavish parties they threw and notes the high and low points of Porter's career, which took them from Europe to New York to Hollywood. 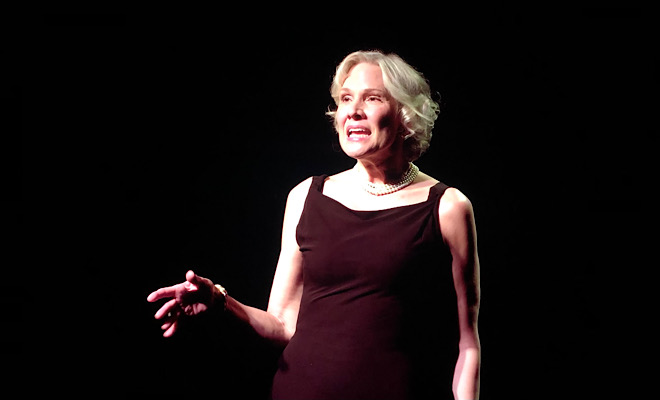 "I married Cole with eyes wide open," Linda says, "and shared a life that I relished much more than I ever lamented." Over the course of their highly unusual 35-year marriage, which ended upon her death in 1954, Linda was Cole's companion, critic, and sounding board. In the show, she beams with pride when recalling how she approved both his songs and his lovers, and pushed Cole to ever greater creative heights. Linda also touches upon some heartache - a devastating miscarriage and her jealousy, resentment, and embarrassment over Cole's promiscuity - but doesn't wallow in self-pity. Though more self-reflection and introspection would lend Love, Linda more depth (which it craves), Holland keeps Linda's attitude and the tempos upbeat most of the time.

Backed by an unseen trio of piano, bass, and drums, Holland navigates the minimalist set while singing such Porter standards as "So in Love," "What Is This Thing Called Love?," "In the Still of the Night," "I Love Paris," "Miss Otis Regrets," "Love for Sale," "My Heart Belongs to Daddy," and of course "Night and Day." On a couple of occasions she's a bit pitchy, but that's the nature of live performance. (Her tones are much more polished and pure on a medley of Porter tunes that plays over the end credits and surely was taken from her 2010 cast album.) It's a shame Love, Linda wasn't filmed before an audience, which would have heightened the show's level of electricity, enhanced its humor, and given the production a more palpable sense of immediacy. 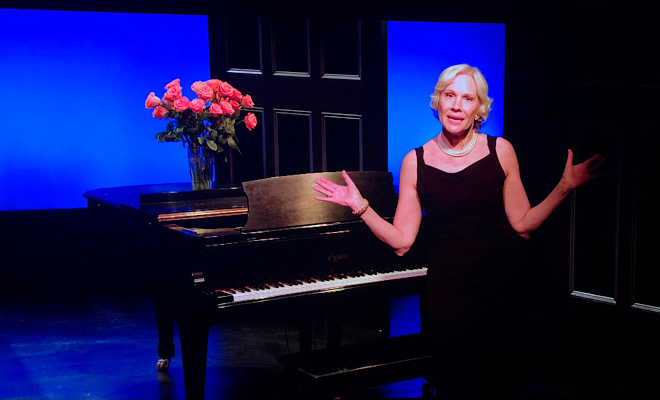 Through song and story, Love, Linda: The Life of Mrs. Cole Porter illuminates a unique partnership while bringing an unheralded yet noteworthy figure out of the shadows and giving her the long overdue respect and validation she deserves. It's also a wonderful trip down memory lane and reverent tribute to one of the icons of American popular song. If you're a Porter fanatic, you'll get a kick out of this de-lovely one-woman show.

Vital Disc Stats: The Blu-ray
Love, Linda: The Life of Mrs. Cole Porter arrives on Blu-ray packaged in a DVD-sized clear plastic case. Video codec is 1080p/AVC MPEG-4 and audio is LPCM stereo. Once the disc is inserted into the player, the program begins immediately; there is no main menu.

Shot on HD video, Love, Linda: The Life of Mrs. Cole Porter looks crisp and clean, but lacks the wow factor. The 1080p/AVC MPEG-4 transfer boasts good clarity and contrast, but when the lighting gets too bright a bit of video noise creeps into the picture. (There's also a brief few seconds when the image goes out of focus.) Colors are vivid and lush, from the pink chair, pink roses, and Holland's maroon gown to the background panels that shift from blue to lavender to purple over the course of the performance. The blacks of the piano, curtains, and zebra print rug are deep and rich and the white pearls around Holland's neck gleam. Flesh tones look natural and remain stable throughout, and close-ups nicely highlight fine facial features. Though not a dazzler, this transfer hits its marks and provides an engaging viewing experience.

The LPCM stereo track provides clear, vibrant sound. Excellent fidelity and depth of tone lend the audio an immediacy that evokes an intimate cabaret theater, while a fair amount of separation across the front channels widens the soundscape and helps the music fill the room. A wide dynamic scale handles all the highs and lows of the various song arrangements and Holland's vocals without any distortion, and all the lyrics and monologues are easy to comprehend.

There are no supplements on the disc. An interview with Holland that might have explored such topics as the show's genesis, its evolution and production, her commitment to it, and personal feelings about Cole, Linda, and their life together would have been a nice bonus and surely added context and perspective to the performance. Sadly, nothing of the sort is included.

If you're a fan of cabaret performances and Cole Porter's timeless music and lyrics, you'll find Love, Linda: The Life of Mrs. Cole Porter to be a buoyant, tuneful stroll down memory lane. Stevie Holland's simple, reverent, one-woman tribute to the legendary composer's unsung wife sheds a bit of light on their unconventional relationship, but it's Porter's songbook that steals this intimate show. Strong video and audio enhance the experience and document Holland's enjoyable salute to an iconic musician, his devoted wife, and their not-so-fairy-tale life. For Fans Only.